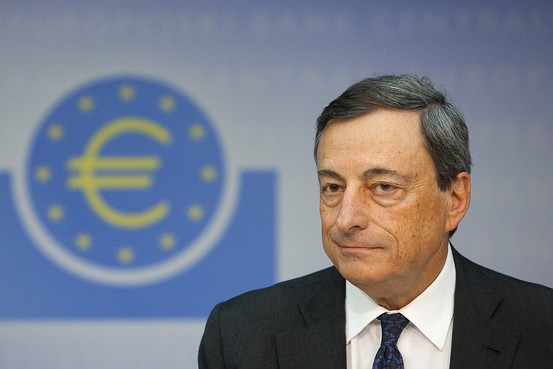 Guess what folks, the European Central Bank’s still unused bond-buying program has been a huge success in bringing down the borrowing costs within the euro-zone, particularly for weaker economies such as for Spain and Italy.

After all, when the ECB created its bond plan, in the summer of 2012, the bloc’s sovereign debt crisis was at its height. Just a few weeks previously ECB President Mario Draghi had promised to do “whatever it takes” to preserve the euro.

It was deemed necessary as governments of some of the Mediterranean countries were struggling to finance themselves as their bond yields soared. For example, the 10-year yield on Spanish debt traded around 7.68% in July of 2012 while 10-year Italian debt traded around 6.67%.

But three economists have put their brains and formulas together and have just published an ECB working paper to quantify exactly how successful the commitment to buy bonds in an unlimited capacity, through what it calls “outright monetary transactions,” or OMT,  has been.

By using high-frequency data, the economists say that simply announcing OMTs have “decreased the Italian and Spanish two-year government bond yields by about two percentage points, while leaving unchanged the bond yields of the same maturity in Germany and France.”

Moreover, “the scenario analysis suggests that the reduction in bond yields due to OMT announcements is associated with a significant increase in real activity, credit, and prices in Italy and Spain with relatively muted spillovers in France and Germany.”

ECB chief Mario Draghi has reminded anyone who will listen that the announcement of OMT has helped turn the euro-zone economy around, even though the ECB hasn’t bought a single bond under the program. Now he has more snazzy and academic data to back up that claim.