The selection of Angus Deaton as the winner of the Nobel Memorial Prize in Economic Sciences won high marks from his colleagues in the economics world on Monday.

The Royal Swedish Academy of Sciences recognized Mr. Deaton of Princeton University for his research on consumption, incomes and poverty. 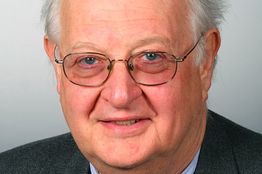 Here’s a roundup of some of the reaction from economists and others on social media:

If I ever found I disagreed with Angus Deaton, my first thought would be that I was probably wrong. http://t.co/i8Md33OVnF — Miles Kimball (@mileskimball) October 12, 2015

Congrats to Angus Deaton on his Nobel. Reporters should have fun. Angus has strong opinions about everything. He is never indifferent. — Richard H Thaler (@R_Thaler) October 12, 2015

Angus Deaton! A deserved prize for an empiricist interested in the biggest questions of all: What is progress? And why does it happen? — Max Roser (@MaxCRoser) October 12, 2015

Congrats to Angus Deaton, nice to see a prize for asking and answering big, important questions.

Angus Deaton! A worthy winner of the prize. His LSE lectures on poverty were superb: http://t.co/iHK6ELzHwz — Tim Harford (@TimHarford) October 12, 2015

“It is sort of a statistical problem from hell.” Nobel winner Angus Deaton to me/@FT on measuring poverty recently. http://t.co/rfTUq9APJ5

If there’s an economist you should want to be when you grow up, it’s Angus Deaton. Hard-nosed, empirical, truth-seeking, focused on big q’s.

Nobel Prize in Economics: Who is Angus Deaton?

Who’s Going to Win the 2015 Nobel Prize in Economics?