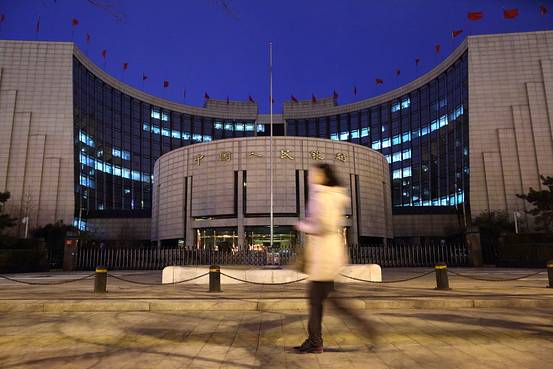 The central bank has cut the reserve requirement on deposits twice since February and trimmed interest rates twice since November. The latest move, which takes effect Monday, followed the government’s announcement last week that first-quarter economic growth was 7% from a year earlier, the worst performance in six years. It also followed Premier Li Keqiang’s visit last week to the headquarters of some big state banks where he called on the nation’s bankers to try to lower the borrowing costs for companies struggling to adjust to a weaker economy.

Economists weigh in on the significance of the central bank’s latest move, with comments edited for style and clarity:

This is the biggest reserve-requirement ratio cut since December 2008… This clearly signals that China has entered into an aggressive monetary easing cycle to counter the economic slowdown and a rising deflation risk. The surprising move suggests the authorities are frustrated by the stubbornly high real interest rates facing Chinese enterprises, especially those small and medium enterprises. But the bank reserve requirement ratio cut will also add fuel to the already red-hot stock market. If there is no further regulatory reform or enforcement, the money released by the reserve requirement ratio cut could lead to a speculative bubble in the stock market.  – Li-Gang Liu and Hao Zhou, ANZ Ltd.

The market expected a 0.5 percentage point cut in the reserve requirement ratio after the poor first quarter economic data. Instead, policy makers cut by a full percentage point all at once on Sunday afternoon, releasing about 1.5 trillion yuan (about $240 billion) into the banking system. We expect more easing to come, including one interest rate cut in May, accelerated infrastructure spending and property policy relaxation. With these measures, we expect the first quarter of 2015 to be the darkest moment of this year and the economy to improve from the second quarter, albeit at a modest pace. – Larry Hu, Macquarie  Securities

Although money market rates have stabilized down of late, the tightness of overall base money supply may have prompted this move. Notwithstanding the recent moderation of interbank rates (the seven-day repurchase agreement rate has cooled from late February’s peak of 4.9% to less than 3% at present), China’s base money supply has come under significant pressure from the acceleration of net foreign exchange outflows. According to the PBOC, foreign exchange assets on the central bank’s balance sheet contracted notably by 252 billion yuan in the first quarter, much larger than the 134 billion yuan in the last quarter of 2014 and in sharp contrast with the substantial 788 billion yuan increase during the same period one year ago. …The latest move reaffirms the People’s Bank of China’s easing policy stance so as to maintain adequate interbank liquidity and stable base money growth. As a result, short-term money market rates are expected to drift down further, and base money growth should regain a firmer footing in the coming months. – Wang Tao and Harrison Hu, UBS

The one percentage-point cut in China’s reserve requirement ratio announced by the People’s Bank of China aims to provide more liquidity to a struggling economy but is a bit slow in coming given the spate of weak gross domestic product, industrial production, real estate and related data coming out of the world’s second-largest economy in recent weeks. The question is whether the PBOC is a little slow on easing. They’re fighting the last battle, like generals do. Looking at the amount, which is double the usual figure, they obviously feel that much is needed. This indicates they’re taking it seriously and feel, given the slowdown, that it’s merited. – Tim Condon, ING

China’s central bank may be shifting to ‘proactive monetary easing’ and market participants need to watch for indications of such a change in its basic policy stance…The one percentage point cut in the overall rate could also be aimed at expanding credit ahead of the replacement of maturing debt of local governments (China’s plan to replace 1 trillion yuan of local government debt coming due with cheaper and longer term funds from bond issues). This huge amount of new debt is coming to the market, and banks are likely to be the big investors in the newly issued bonds. As a result, monetary policy has to be adjusted to prevent a further rise in interest rates. – HuaChuang Securities

The move was widely expected given last week’s weak economic data releases. However, the magnitude of the cut–the largest since 2008–signals Beijing’s heightened concerns over the growth slowdown and disinflation. The cut will likely inject over 1.2 trillion yuan of new liquidity into the system and support credit growth. It will also help to anchor short-term interest rate expectations and lower borrowing cost for the real economy. However, more easing is still needed to contain disinflation…As the reserve ratio was the tightening tool of choice back in the days of stronger inflows, it has greater room to be unwound, and more quickly. However, both the policy rate and the reserve requirement ratio are still at relatively elevated levels, and therefore both still have considerable room to be reduced further. With the economy sliding closer to deflation (the official GDP deflator was already at -1.2% in the first quarter), and nominal growth slowing faster than real growth, more policy rate cuts will be much needed. – Qu Hongbin and Julia Wang, HSBC