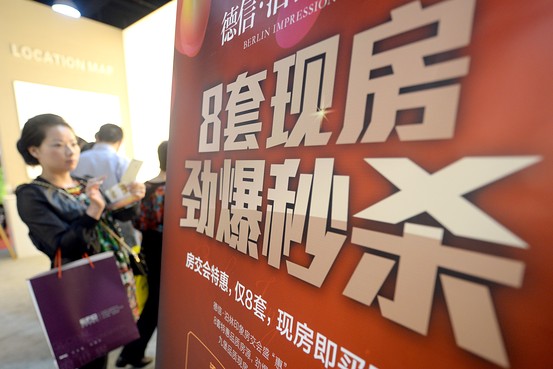 After a modest uptick in the middle of the year, the Chinese economy once again showed signs of weakness, pointing to a chiller autumn than some had expected.

Two closely-watched gauges of China’s manufacturing sector dropped in August from their relatively high levels in July, which was largely in line with expectations, as the country’s prolonged property woes continue to drag growth.

Are the two indicators are weak enough to trigger further policy easing measures and can Beijing reach this year’s economic growth target of around 7.5%? The following are economists’ reactions to the data, edited for style:

Broadly speaking, today’s PMI reading suggests that downwards pressure on the economy, as a result of slowing investment in sectors with overcapacity, particularly property, is no longer being fully offset by policy support measures. The weakness should not be cause for significant concern since it reflects a welcome correction in sectors which have suffered from overinvestment. Meanwhile, the risk of an imminent hard landing appears small — policymakers have plenty of tools with which to fight a rapid drop off in growth and we expect more targeted measures to be rolled out in coming months. –Julian Evans-Pritchard, Capital Economics

It’s not really surprising — it confirms that the economy has slowed down again. The peak was in July and it moderated in August. It’s pretty weak, dragged down by the property sector. More stimulus measures will be rolled out in the coming weeks. I don’t think they can deliver their 7.5% annual target without a lot more stimulus. — Larry Hu, Macquarie

The notable drop in August [official] PMI shows that the current economic situation faces some downward pressure. The subindexes measuring production, new orders, purchase of raw materials and input prices all exceeded 1 percentage point, reflecting broad based deceleration from market demand to production activities. That means that industrial production will likely continue to drop modestly in August. However, the headline figure remains above 50, the mark between expansion and contraction, meaning the economic fundamentals of a steady growth remain intact. –Zhang Liqun, CFLP

The deceleration of growth was also corroborated by the extremely weak credit data in July and continued weakness in the property market. Meanwhile, some high-frequency real activity data, such as power generation and crude steel output, also point to slowed growth momentum. It appears that the effect of the ‘mini stimulus’ conducted in the last few months is fading fast…As the risk of failing to deliver the growth target of 7.5% has heightened, the authorities will likely act again and launch more supportive policies…We maintain our call that the authorities will need to cut RRR on large commercial banks in order to reduce China’s funding costs fundamentally. Today’s PMI data continue to re-enforce this call.  –Liu Ligang & Zhou Hao, ANZ

We expect the government to interpret such an outlook as challenging its growth target and to take more, and more significant, measures to support growth. China’s senior leadership continues to balance the stated need for growth with the pursuit of reform and the need to keep credit growth in check. Perceiving that its 7.5% GDP growth target for 2014 is challenged, we expect the government to step up the roll-out of measures to support growth, such as stimulating infrastructure development and social housing construction, relaxing property market policies and taking specific monetary easing steps… If the downward pressures on growth intensify in the coming month or so, we would not rule out a shift to a bolder approach, with possibly more general and higher profile measures.  –Louis Kuijs, RBS

The lower-than-expected PMI reading reflects pace of economic recovery remains mild, thus the scale of government’s supportive policy will be the key to ensure a steady economic growth. We observed economic activities slowed down since July 2014, driven by weak property sector, relative high funding cost and falling electricity consumption due to cooler weather condition and weak demand. Thus, to support the economy, we believe there will be more proactive fiscal measures to be rolled out in the coming months on infrastructure, environmental protection, and policies to support SMEs and agricultural issues. Meanwhile, we expect railway investment to accelerate in 2H14, along with rising expenditures on shanty-town renovation projects. – Zhang Fan, CIMB

Beijing’s Traffic is Going to Get Truly Awful Next Week, City Warns