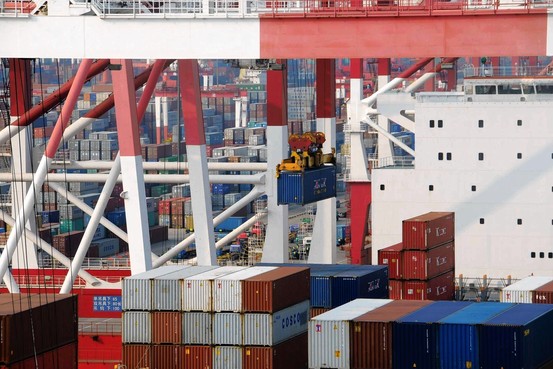 China’s factory sector appears to be doing well, with the HSBC flash manufacturing Purchasing Managers’ Index rising to a seven-month high of 50.8 in June,  from May’s 49.4.

It’s the first time the index has topped 50 – the dividing line between expansion and contraction – so far this year (although a competing, official PMI has been stronger). That suggests a combination of government spending and improving exports may be arresting the downward slide the economy has seen so far this year – though a weak housing market remains a major concern.

–The June HSBC flash PMI came as a big upside surprise, jumping to 50.8 from 49.4 in May (versus a market forecast of 49.7).  This rebound reflects the initial impact of Beijing’s mini-stimulus programs. As Beijing is determined to deliver stable growth with a slew of mini-stimulus measures, including central bank relending (QE in China) and targeted reserve requirement ratio cuts (a total of RMB200bn), we observed a bounce-back of confidence in the economy which will help bolster demand. – Ting Lu and Xiaojia Zhi, Bank of America Merrill Lynch

–Today’s PMI reading is the latest sign that, in some sectors at least, downwards pressure on growth has largely eased. The continued recovery of both manufacturing PMIs in recent months, despite further weakness in the property sector, suggests that the government’s targeted approach to shoring up growth is working.  The rebound in infrastructure investment since the end of Q1, along with more recent measures to boost lending to small firms, appears to have eased downwards pressure on manufacturing and industrial output. – Julian Evans-Pritchard, Capital Economics

–Domestic demand is picking up, given the government’s supportive policies. On the monetary policy side, the central bank recently lowered the reserve requirement ratio for selected banks to support small and medium-sized enterprises and rural-related sectors. This will improve small business financial conditions in the coming months as banks will have more money available to pump into the economy… But given the difficulties from the removal of excess capacity and the downturn in the property market, the pace of recovery will be mild. – Fan Zhang, CIMB

–Over the last few months the Chinese government has rolled out quite a lot of easing plans, but the pickup is still quite mild. It’s too early to say the economy has bottomed out. What the government can do now is buy time to allow the impact of reforms to kick in. We are still quite worried about the property sector, but there’s a chance we could see the economy improve based on more fiscal spending. – Xie Dongming, OCBC

–It seems the selective easing is working, with the help of exports, although I wouldn’t say so soon that everything’s well. The housing downturn could continue to deepen, so the downside risk is still there. The drag from the housing sector will remain, so we’re unlikely to see a very strong rebound like we saw in the third quarter last year. Growth will probably flatline – that’s the best scenario in my view. – Wei Yao, Société Générale