U.S. nonfarm employers added 209,000 jobs in July, slightly below forecasts and slower than earlier gains, while the unemployment rate ticked up to 6.2% from June. But employers have now added 200,000 or more jobs in six consecutive months for the first time since 1997. 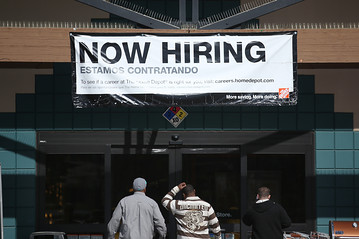 Economists were mixed in how they view the report: some have called it “encouraging,” while others consider it “disappointing.”