U.S. employers added 288,000 jobs in June, far more than economists had forecast and a sign of strength in the labor market. Job growth in April and May was sharply revised upward as well. The gains mark the fifth consecutive month that nonfarm payrolls grew by more than 200,000, a streak unmatched since the late 1990s. The unemployment rate, meanwhile, dropped to 6.1% last month, the lowest level since September 2008. 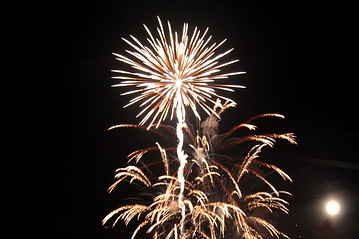 Economists weighed in on the jobs report, what it means for the economy going forward and how the Federal Reserve may interpret the numbers.

Strong Job Growth, but Still a Ways to Go: This morning’s jobs report—which marks the five-year anniversary of the official end of the Great Recession (and start of the recovery)—showed the labor market added 288,000 jobs and the unemployment rate dropped two-tenths of a percent to 6.1 percent. Importantly, the unemployment rate dropped largely for good reasons, with the labor force participation rate holding steady and the share of the working age population with a job rising by one-tenth of a percent. All-in-all, this is a strong report. But it’s important to keep in mind that we still face a huge hole in the labor market, and even if we saw June’s rate of job growth every month from here on out, we still wouldn’t get back to health in the labor market for another two and a half years. –Heidi Shierholz, Economic Policy Institute

We are pulling forward our projection for Fed tightening (the first time we have done so in recent memory); we now see lift-off occurring in the third quarter of 2015, rather than the fourth quarter of 2015. For year-end 2015 we see the funds rate at 1.0%, for 2016 2.5%, and for 2017 3.5%. The inexorable decline in the unemployment rate, alongside firming core PCE inflation, is dramatically reducing the degree to which the Fed is missing on its mandate. It’s true that the decline in unemployment is occurring alongside anemic GDP growth (we are also today lowering our tracking of Q2 GDP from 3.0% to 2.5%), but the Fed’s mandate is not to ensure strong productivity growth, it’s to get the economy back to full employment and price stability, and even broad measures of labor underutilization have been showing marked improvements in recent months. –Michael Feroli, JPMorgan Chase Bank

The jobs market has found some renewed vigor in recent months, as employers have ramped up their hiring coming out of the soft patch early this year. Despite the recent revelation that the economy struggled more than previously believed in the first quarter, employers are demonstrating a sense of confidence and adding to payrolls. The marked acceleration in the pace of job creation in the second quarter is further evidence that the economy gathered a bit of momentum after a soft entry to the year.  Employers have picked up the pace of hiring considerably, suggesting improvement in their expectations as well. –Jim Baird, Plante Moran Financial Advisors

In short, the labor market was already showing clear improvement but it has accelerated further in recent months. The pace in employment is pushing the unemployment rate down rapidly.  Payrolls gains have averaged 231,000 per month so far this year, up from 194,000 last year.  Gains in the household survey have averaged 273, 000. For now, the wage data remain tame, but it is unclear how long that will last.  –Jim O’Sullivan, High Frequency Economics

Labor Market Report Starts the Fireworks Early: The overall tone of this report was unambiguously positive, and it reinforces our underlying thesis that U.S. economic growth performance during the remainder of this year will begin to reflect the firming underlying fundamentals that have been in place for some time. This stellar labor market performance in June is likely to be start of what could be a series of strong economic reports that should point to the U.S. recovery successfully transitioning to a self-sustaining path later this year, which should provide the key justification for the Fed to begin pivoting away from it uber-accommodative stance. –Millan Mulraine, TD Securities

The steady stream of positive June U.S. data continues, with the key report—hiring—the icing on the cake. Do you have your hands up, because they’re playing your song, and you know it’s going to be OK? Yes, because there is a party in the USA! A party to celebrate not only Independence Day, but the stronger than expected payroll report! U.S. employers ramped up hiring in June, as nonfarm payrolls jumped 288,000 in the month, the second largest increase since January 2012 and well above the year-to-date average of 230,000. –Jennifer Lee, BMO Capital Markets

The evident strength of the labor market in June is one of the key reasons why we think the Fed will be persuaded to begin raising interest rates earlier than most expect. –Paul Ashworth, Capital Economics

Taken as a whole, the latest five monthly jobs reports are consistent with the view that in spite of a horrendous first-quarter GDP result that was the victim of a “perfect storm” of negative circumstances, the economy is well underpinned. Therefore, Fed tapering is on course to be wrapped up in the autumn, and the focus of markets and policymakers will continue to be on the timing of the first rise in the Fed funds target and then on the speed with which the FOMC will move to normalize its policy rate. –Joshua Shapiro, MFR, Inc.

This was a strong report any way you slice it. It’s also where the Fed thought we would be at year-end, and it’s only June. Looking at the data for the first six months of 2014, payrolls averaged 231,000. That compares to 185,000 in the six months from July-December 2013, or 194,000 for all of 2013. So, it seems like job growth has kicked into a higher gear. Perhaps the only disappointment might be that average hourly earnings growth remains subdued. That series inched up by a very trend-like 0.2% in June, and the year-over-year rate slipped marginally to 2.0%. Meanwhile, the workweek was steady at 34.5 hours. In terms of the breakdown, the services sector added 236,000 jobs in June, the largest gain seen this year. It was led by retail (+40,000), leisure and hospitality (+39,000), and education/health (+38,000). Meanwhile, construction was softer than expected, rising by only 6,000, and manufacturing added 16,000 jobs. –Omair Sharif, RBS Securities