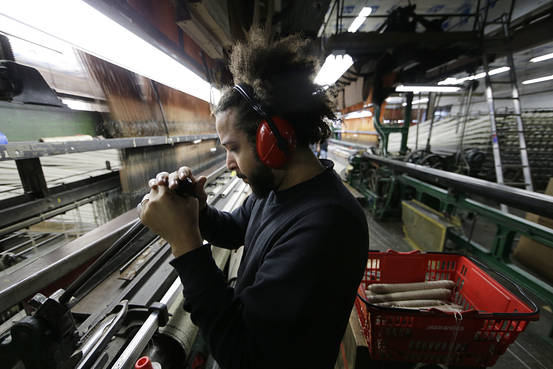 Just about all economists agree: Friday’s solid jobs report nudges the Federal Reserve that much closer to raising rates later this month. Here are some of their thoughts on Fed implications, details within the report and the outlook for coming months.

“Job done. If the Fed now doesn’t hike on the 16th, the market reaction will make yesterday’s chaos [after the European Central Bank decision] look like a nonevent….In short, the Fed’s criterion of ‘some further improvement’ in the labor market has been comfortably exceeded since the October [Federal Open Market Committee] meeting, so they’ll hike by 25 basis points on the 16th. The second hike, we think, will come in March, as unemployment continues to fall and wage gains pick up further.” —Ian Shepherdson, Pantheon Macroeconomics

“There is usually something to quibble with in these monthly payroll reports, and we can certainly hunt and find a few items, but this is another strong report that confirms the revived labor market and therefore drops the last barrier to the long-awaited, overly-hyped first Fed rate hike.” —Steve Blitz, ITG Investment Research

Video: Fiduciary Trust’s Ron Sanchez explains the new data’s expected impact on the Federal Reserve’s upcoming decision on interest rates and what it means for investors.

“In hindsight, the doldrums during August and September were aberrations. The job market has regained some of the zip it lost last summer. Employment momentum continues. Chairwoman [Janet] Yellen is breathing a sigh of relief now that the employment data supports her desire to hike the interest rate in December. Aside from the healthy employment gain, the rest of the report is somewhat mixed. Yellen will say that the strengthening job market will sooner or later generate more wage increases justifying the expected rate hike. Unfortunately, the wage gains lost some…steam from October.” —Sung Won Sohn, California State University, Channel Islands

“Combining more workers, higher average wages and a lower average workweek (total hours worked rose by 0.2%), workers’ earned income rose by 0.2 percent in November….This bodes well for a strong holiday shopping season, as do the rise in consumer confidence, higher house and stock prices and the $100 billion households have ‘saved’ at the gasoline station this year! Holiday sales over the Thanksgiving week were up slightly from 2014, with a big gain for online sales and flat sales at ‘brick and mortar’ stores.” —Gus Faucher, PNC

“Obviously a solid employment report here. On wages, one important point is that wage inflation fell back a bit because of the base effect that November 2014 was high….If average hourly earnings increase by 5 cents in December—5 cents is the average of the past six months—then the year-over-year change in average hourly earnings in December will be 2.8%.” —Torsten Sløk, Deutsche Bank Securities

“IHS Global Insight expects that solid—but likely not spectacular—jobs growth to continue over the coming months, at least 180,000 a month. Likewise, we expect that wage inflation will gradually begin to rise. All of this is consistent with a labor market that is beginning to tighten. But with labor-force participation at a four-decade low and with broader measures of unemployment still high, the residual slack in the labor market will limit the acceleration in wages for a while.” —Nariman Behravesh, IHS Global Insight

Wages Are Growing 2.3%, But Your Paycheck Probably Isn’t

5 Things to Watch in the November Jobs Report