Economists Tackle the Refugee Crisis: ‘There Are No Easy Solutions’ – Real Time Economics 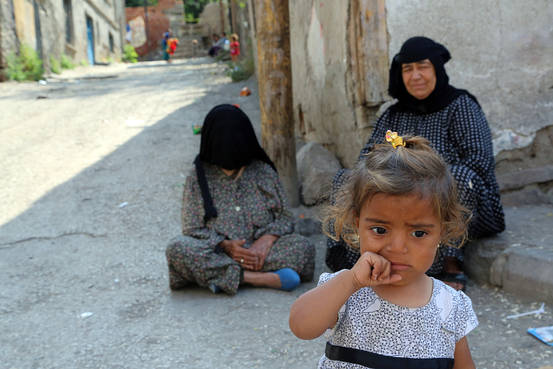 Syrian refugees sit in front of a derelict building in Ankara, Turkey, in July. Economists are studying economic implications of the influx, including for employment of native-born Turks.
BURHAN OZBILICI/ASSOCIATED PRESS

Millions of migrants are on the move, seeking shelter from war, poverty and persecution at home. Political leaders across Europe and the U.S. are engaged in passionate, often divisive debates about refugee resettlement and repercussions for society and security.

It’s “a crucial policy issue that is really very much underserved by our profession,” Columbia University economist Jeffrey D. Sachs said at the American Economic Association’s annual conference in San Francisco. He and more than a half-dozen other economists and experts spent two hours Monday discussing new research on asylum seekers, migration policy and related topics at a conference session titled “60 Million Refugees,” a reference to a United Nations estimate last year of refugees and other forcibly displaced people.

In the end, there remained more difficult questions than simple answers.

“There are no easy solutions to the refugee crisis, and I think by now we all understand that,” said Timothy J. Hatton, an economics professor at the University of Essex. But, he added, “we could do better.”

Mr. Hatton studied applications for asylum in industrialized countries from 1997 to 2012, looking at the characteristics of both origin and destination countries.

“Making life miserable for asylum applicants is not really going to do very much to stop them coming,” he said. “It’s not a deterrent, so let’s put more effort into and resources into refugee welfare and to integration policies for those that are accepted. And, in fact, many countries have been doing that for the last 10, 15 years.”

The idea that providing economic aid to home countries will help prevent people from leaving is “hopeless, basically” and “a small drop in a very large bucket,” he said. On the other hand, he added, “tougher border controls will work, but they have to be draconian.”

Susan F. Martin, director of the Institute for the Study of International Migration at Georgetown University, discussed the need to rethink how countries respond to large-scale displacement. Mr. Sachs outlined a possible global framework for dealing with migration issues. Semih Tumen, an economist at Turkey’s central bank, discussed how the influx of refugees from Syria has affected the Turkish economy. His analysis showed, among other things, reduced employment for native-born Turkish workers in regions where refugees are concentrated.

Harvard University economist George J. Borjas urged the experts and audience to keep in mind the real world of people—both the refugees and, importantly, those in Germany and other places who would host them.

Some of Syria’s Neighbors See an Economic Boost from Refugees

Some Countries See Migrants as an Economic Boon, Not a Burden