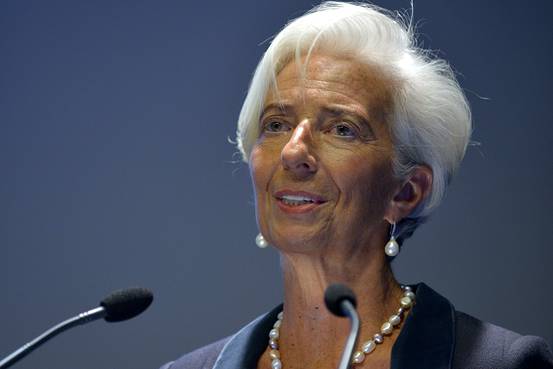 IMF Managing Director Christine Lagarde resurrected the idea of a short-term crisis credit line in a speech Tuesday at the Bank of France headquarters in Paris.
ERIC PIERMONT/AFP/GETTY IMAGES

Could this be the year that emerging markets finally get a short-term crisis credit line through the International Monetary Fund?

Citing growing financial and growth strains in emerging markets, IMF chief Christine Lagarde resurrected the idea Tuesday in a speech at the Bank of France.

Emerging markets have pushed for the IMF to create a new emergency-financing tool similar to the dollar swap lines the U.S. Federal Reserve used during the global financial crisis to stem contagion.

The idea is for the IMF help provide dollars, euros and other currencies for very short periods of financial stress to governments that are generally in decent financial shape but suffering from temporary liquidity problems. (These credit lines would be even more provisional than the IMF’s precautionary financing.)

There are a number of technical problems with previous proposals, but one of the biggest hurdles has been overcoming opposition by the IMF’s biggest shareholder, the U.S.

Washington opposes the idea, according to people familiar with the matter, because the Fed’s swap lines give the U.S. a measure of political leverage. And U.S. officials worry that such a lending tool could take the edge off the economic policy discipline fostered by market downturns, fueling so-called moral hazard by governments.

But Lagarde said that given the risks facing emerging markets and their contribution to global GDP, it behooves the U.S. and other advanced economies to bolster the global financial safety net. The existing system of swap lines between advanced economies creates a dangerous asymmetry in the global financial system since many emerging markets don’t have access to them, she said.

“Rather than relying on a fragmented and incomplete system of regional and bilateral arrangements, we need a functioning international network of precautionary instruments that works for everyone,” Ms. Lagarde said.

The IMF chief also said the IMF’s war chest may not be sufficient to manage the growing turbulence in emerging markets.

The IMF has repeatedly bulked up its lending resources in the past several years as the global financial crisis roiled some of the world’s largest economies. Right now, the IMF could tap a little over $400 billion to bail out member countries in crises.

“Unless countries be tempted to accumulate even more reserves for self-insurance, we need to find ways to increase the resources that can be brought to bear in times of need,” Ms. Lagarde said.

That doesn’t necessarily mean the IMF would see its war chest boosted. Ted Truman, a senior fellow at the Peterson Institute for International Economics and former top Fed official, proposed the IMF acting as a global facilitator of short-term swap lines between central banks around the globe.

But such proposals still remain in germination phase. While emerging-market turmoil may help crystallize the need to bolster the international monetary system, it may still yet be too early to expect another round of major overhauls.

Why Emerging Markets Are Melting Down, and Why It Matters, in 10 Charts

In Face-off, Fed’s Keeping the IMF Out of Its Currency Swap Domain

What Are Fed Swap Lines and What Do They Do?