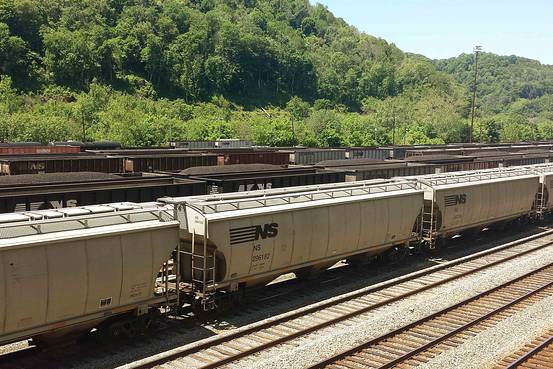 The unemployment rate has surged in all but one of West Virginia’s metropolitan areas, a sign of the hardship that the drop in the price of coal is having on mining regions.

The state’s unemployment rate grew to 7.2% last month from 6.5% in June of last year, the Labor Department reported Wednesday. All but the Huntington-Ashland area—which lies outside the state’s coalfields—recorded a higher unemployment rate in June than a year ago, the department said.

Other energy-dependent metro areas have suffered as well, the department said. The unemployment rate rose from 3.2% to 3.4% in Midland, Texas, and from 3.8% to 4.4% in neighboring Odessa. North and South Dakota also posted higher unemployment rates in June 2015 than the previous year. And Casper, Wyo., which lies near the state’s Powder River Basin coalfields, has also seen its unemployment rate rise from 4.2% to 4.7% over the year.

Demand for coal has tumbled in recent years, driven down by a cheaper natural gas, new environmental regulations and the economic slowdown in China.

In some ways, the downturn in the coal industry has been longer-lasting and steeper than that in the oil and gas industry. Overall employment in oil and gas has fallen 0.4% since the industry’s employment peak in October 2014. Coal, by contrast, has lost 23.1% of its jobs since December 2011, according to separate Labor Department data.

Local area unemployment rates can be deceptive, however, because they can drop precipitously when unemployed people move away. Looking instead at the total number of jobs in the country’s cities and towns shows the overall number of jobs grew in 317 of 387 metropolitan areas.

In some places, such Owensboro, Ky., the unemployment rate fell even though the number of jobs did not increase. Owensboro, which lies in Kentucky’s western coalfields, saw its unemployment rate go from 6.1% in June 2014 to 5.4% in June a year later. But it also lost 500 jobs during that time.

Here are the U.S. Cities Where Wage Growth Has Lagged Job Growth

U.S. Job Markets Are Returning to Peak Employment. Where Does Yours Rank?