It has been posted by pro-Russian separatist sites such as E-News and NovoRussia.

But the letter is bogus, an IMF spokeswoman confirmed. At least one IMF expert called it out as such, noting its “pidgin English,” after it drew some attention, including on social media.

The motive for this piece of disinformation isn’t entirely clear, other than to besmirch Ukraine’s prime minister, the National Bank of Ukraine and the IMF, which is leading the international bailout. 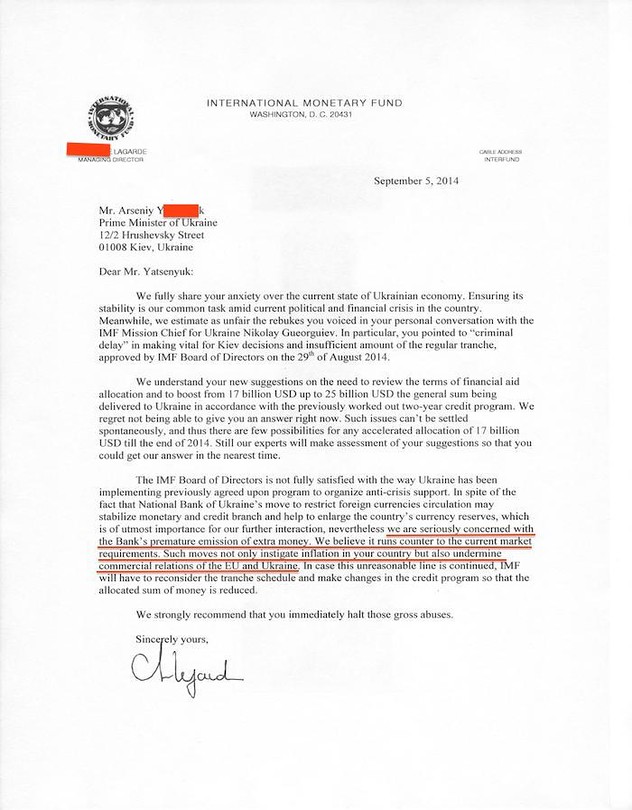 An IMF spokeswoman confirmed this letter, circulating on websites and social media, is a fake.