Wearable robots are one step closer to replacing wheelchairs.

The ReWalk exoskeleton, a wearable robot designed to help paraplegics walk, has been approved by the Food and Drug Administration for home use. It had previously been offered to people only in rehabilitation centers along with the Ekso, its competitor.

“This revolutionary product will have an immediate, life-changing impact on individuals with spinal cord injuries,” Larry Jasinski, CEO of ReWalk Robotics said in a statement. “This is truly the beginning of ‘ReWalking’ as a daily reality in the U.S.”

Read about one man’s first steps after falling from his roof and injuring his spinal cord.

The device uses a computer-based control system, motorized sensors and brace support to mimic walking by responding to side-to-side shifts in the user’s weight. It will cost $69,500, and it’s not yet clear how much insurance companies will cover, according to ReWalk.

But some experts say paraplegics should hang onto their wheelchairs for now. While wearable robots like Ekso and ReWalk can help propel patients forward, they’re not perfect. 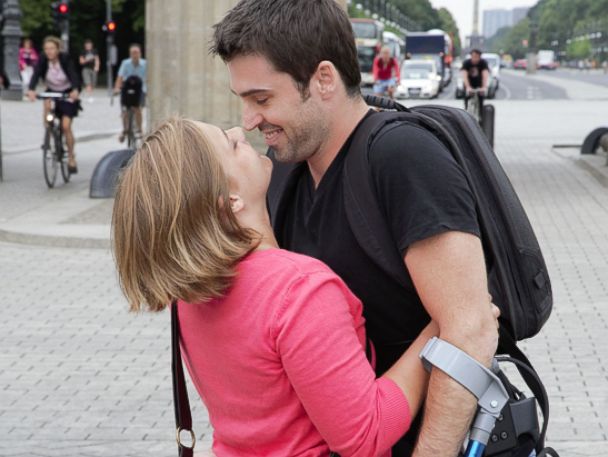 PHOTO: Paralyzed patients who use wearable robots say they love to look family members and friends in the eye.

“They’re still at a point where we would not be comfortable saying people are absolutely independent in any environment they might want to operate them,” said Allan Kozlowski, who leads the Mount Sinai exoskeleton-assisted walking program in New York City.

For one, exoskeleton batteries only last between two and three and a half hours, Kozlowski said. And users can’t walk quickly, either. The farthest he’s seen anyone walk with an exoskeleton device was a mile, but it took at least 50 minutes and usually much longer.

Still, Kozlowski said people who use the devices reap health benefits like better circulation, increased oxygen intake, pain relief and better bowel function. And the act of simply being upright and looking people in the eye has psychological benefits, Kozlowski said.

At the very least, people can use the devices to take brief walks. But some terrain can be a challenge, Kozlowski said. The ReWalk, for instance, can go up and down stairs, but it requires “a fair amount of skill” for the user, who has to take one stair at a time and hold onto the hand rail.

“It’s not pretty but it works,” Kozlowski said.

While the ReWalk is now approved for home use, the Ekso is still only available in rehabilitation centers. Another device, called the Indego, is also awaiting FDA approval for rehab and home use. 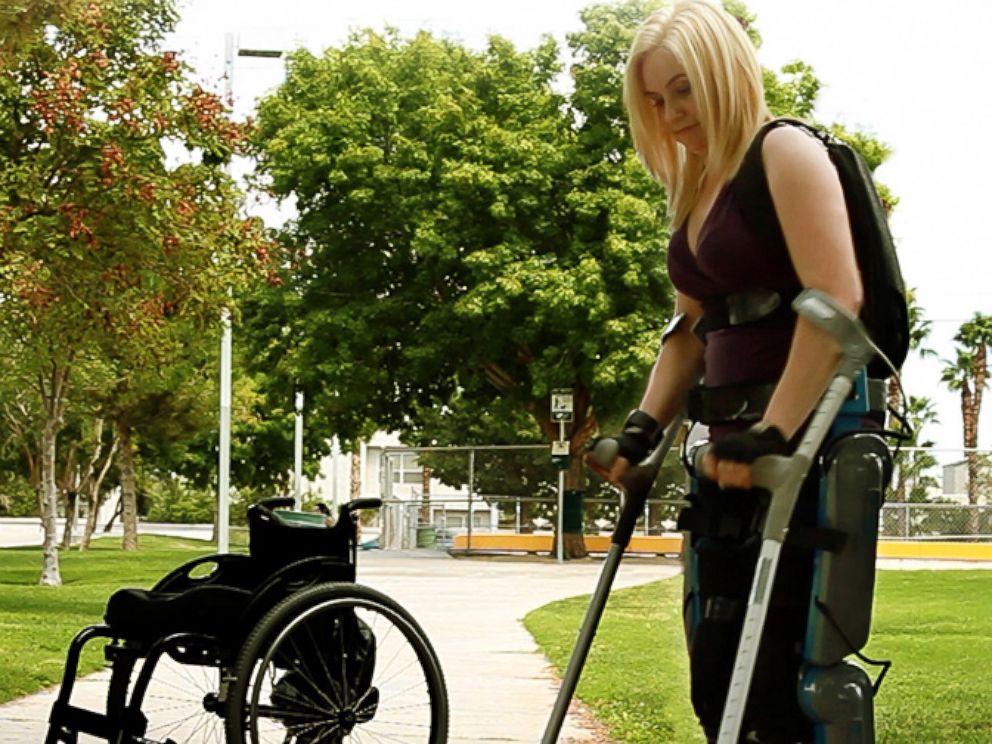 PHOTO: Exoskeletons could replace wheelchairs someday, but experts say they’re not there yet.