The Federal Reserve’s decision Wednesday to tiptoe slowly toward interest-rate increases generated a significant and rare level of insurrection among its membership. 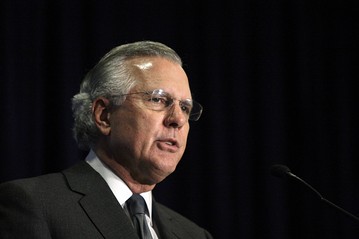 The outcome of the Federal Open Market Committee meeting saw dissenting votes from three of the 10 officials who currently are allowed to weigh in directly on the policy outlook. Notably, those votes came from both sides of the monetary-policy debate, from officials who are ready to raise rates and those who are ready to hold off for some time to come.

The leaders of the Dallas, Minneapolis and Philadelphia Fed banks cast the “no” votes. It was the first three-person dissent since Fed meetings held in August and September 2011 Fed meetings. Notably, the dissents then came from the same central bankers.

But this time, the rationale for opposition changed. Dallas Fed leader Richard Fisher cast a no vote because he believes economic data suggests rate rises will need to come sooner than his colleagues currently expect. Philadelphia Fed chief Charles Plosser remains uncomfortable with language in the Fed statement that suggests the outlook for rate increases is to some degree driven by a calendar date, rather than by the economy’s performance.

Meanwhile, Narayana Kocherlakota of the Minneapolis Fed continues to believe it’s a mistake for the Fed to contemplate interest rate increases at a time when inflation is falling so far short of the central bank’s official 2% goal.

The breadth of the dissent ties up neatly with the challenging outlook for the monetary policy. The Fed has been greeted with an extended run of solid growth and hiring data that it broadly expects it to continue. At the same time, inflation remains persistently below the 2% price target central bankers say they will defend from both the high and low side. Put another way, one side of the outlook favors rate increases, while the other argues for sticking to an ultra-easy money stance.

Fed Chairwoman Janet Yellen said in a press conference after the Fed meeting an increase in rates is unlikely until at least the spring has passed. She explained, “a number of committee participants have indicated that in their view, conditions could be appropriate by the middle of next year, but there is no preset time and there are a range of views as to when the appropriate conditions will likely fall in place.”

Fed policy dissents infrequently affect the actual direction of monetary policy. But in some cases, the can illuminate how challenging central-bank decision-making can be. To that end, Ms. Yellen expressed little worry about internal Fed policymaking dynamics.

“There is a wide range of opinion in the committee. I think it’s appropriate for people to be able to express their views,” Ms. Yellen said at her press conference. “So at a time like this where we are making consequential decisions, I think it’s very reasonable to see divergences of opinion,” she said.

The trio of dissenters are all not long for the Fed. Messrs. Fisher and Plosser are set to retire in 2015, and Mr. Kocherlakota announced late last week he would exit in early 2016.

Next year’s voting crop includes an influx of Ms. Yellen’s allies, with leaders of the Chicago, Atlanta and San Francisco Fed banks gaining voting positions. The only “hawk,” or robust rate-increase advocate gaining a vote will be the Richmond Fed’s Jeffrey Lacker.