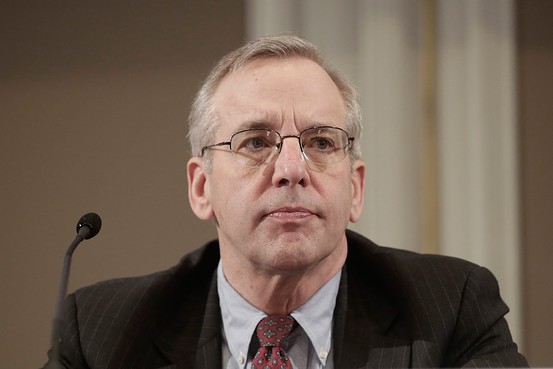 Federal Reserve Bank of New York President William Dudley said Friday that while he sees no urgency to raise short-term interest rates, if unusually low bond yields don’t rise the central bank could be forced to act more aggressively when it does start the process of boosting borrowing costs.

“The fact that market participants have set forward rates so low has presumably led to a more accommodative set of financial market conditions, such as the level of bond yields and the equity market’s valuation, that are more supportive to economic growth,” Mr. Dudley said.

If those very low market-based rates were to continue after the Fed began raising rates, “it would be appropriate to choose a more aggressive path of monetary policy normalization as compared to a scenario in which forward short-term rates rose significantly, pushing bond yields significantly higher,” he said.

Mr. Dudley’s comments came from the text of a speech prepared for an event held in New York by the University of Chicago Booth School of Business. The central banker was discussing a paper presented at the event that argued uncertainties about monetary policy’s relationship with the economy argue in favor of holding off on interest rate increases for as long as possible.

Mr. Dudley serves as vice chairman of the monetary policy-setting Federal Open Market Committee. He has long favored taking a slow approach to boosting rates off their current near zero levels. Most Fed officials believe the door opens to interest rate increases starting with the Fed’s mid-June policy meeting.

Mr. Dudley didn’t offer a preference for the rate outlook in his prepared remarks. But he did say “I believe that the risks of lifting the federal funds rate off of the zero lower bound a bit early are higher than the risks of lifting off a bit late,” offering support for the conclusions of the paper.

Mr. Dudley is one of the Fed’s leading thinkers on the connection of monetary policy and financial markets. Last year, he gave a closely watched speech that said how the markets react to changes in Fed policy will be important to how monetary policy is conducted.

Mr. Dudley also addressed the paper’s contention that the long-run level for the Fed’s short-term interest rate target had likely fallen. Mr. Dudley said he suspect that for now, that rate has come down amid a slower rate of growth.

“My point estimate is that the longer-run value of the federal funds rate is 3 [1/2]%, well below its long-run historical level of 4 [1/4]%. At the same time, I also have little confidence about the accuracy of this specific estimate,” he said.