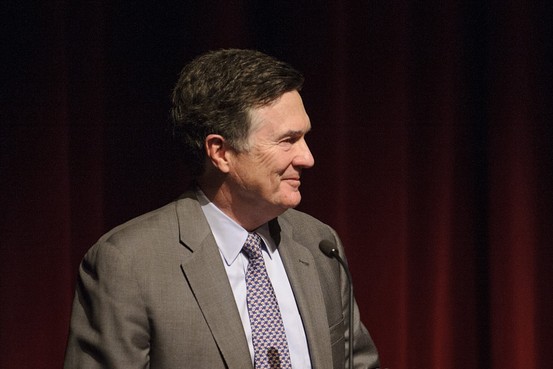 Federal Reserve Bank of Atlanta President Dennis Lockhart continues to cautiously eye favoring an interest rate increase this summer, although he added he still needs to see more data to support such an action.

When it comes to lifting the Fed’s short-term interest rate target off the near-zero levels its occupied since the end of 2008, “I continue to believe that all meetings from June onward should be on the table,” the official said in an interview with The Wall Street Journal.

Mr. Lockhart, a veteran central banker who also holds a voting role on the monetary-policy setting Federal Open Market Committee, has long viewed the move toward rate rises with caution. Key officials largely agree the door opens to rate rises starting with the FOMC meeting now scheduled for June 16-17, but uncertainties over the state of the economy and inflation have stopped them from providing firmer guidance.

Mr. Lockhart spoke to The Wall Street Journal in the wake of Fed Chairwoman Janet Yellen’s testimony to Congress on the economy and monetary policy. She told legislators economic strength points to a nearing date for rate increases. She also said the Fed’s ongoing commitment to be “patient” on the timing of rate rises needs to be ended, although doing so would not be by itself a signal of imminent action.

In a separate interview on Thursday, Mr. Lockhart’s colleague and fellow FOMC voter John Williams of the San Francisco Fed told The Wall Street Journal that when it comes to rate increases, “we are coming at this from a position of strength.” He added, “maybe in June it would be the time to contemplate raising rates. Maybe we’ll want to wait longer, but at least it will be an option to decide on.”

Mr. Lockhart said in the interview the dearth of inflation in the economy remains a concern to him, even though the yawning gap between where inflation now stands and the Fed’s 2% price target is significantly driven by the drop in oil prices. He said he will likely have to make a “mental trade off” between decent growth, good hiring gains, and weak inflation, when he decides about rate rises.

But to support a rate increase, “I’d like to have evidence the inflation data is firming, or at a minimum, there’s no deterioration in the inflation numbers,” Mr. Lockhart said. He added, “I cannot interpret what we have seen so far as very solid evidence inflation is firming.” But he also said “I’m not interpreting what we are seeing in the numbers as a lower or strong disinflationary impulse.”

As the current point, Mr. Lockhart agrees with other key policymakers and said now is not yet the time for rate rises. “I would say that the data are mixed at present, and consequently, there’s some ambiguity about how things are evolving,” he said.

He said when the Fed meets next month, its pledge to remain “patient” on the timing of rate increases will be on the table. Many of his Fed colleagues are ready to ditch the language to provide the Fed more flexibility to respond to the economy. But Mr. Lockhart is more circumspect.

“I could go either way on this,” he said, adding “I’m keeping an open mind” when the Fed next debates this matter. Mr. Lockhart said it was possible the Fed could strike the “patient” pledge and add some sort of undefined bridging language about the outlook that would hold it over until rate hikes actually arrive. That said, Mr. Lockhart allowed that taking “patient” out would allow the Fed flexibility.

In the interview, Mr. Lockhart cautioned that any desire by Fed officials to raise rates is purely driven by the state of the economy. “I don’t think any central banker, and certainly anyone on the FOMC, has some kind of war weariness” with interest rates at their current level, he said. Rates will rise when it is time to raise them, the official said.
Related reading: