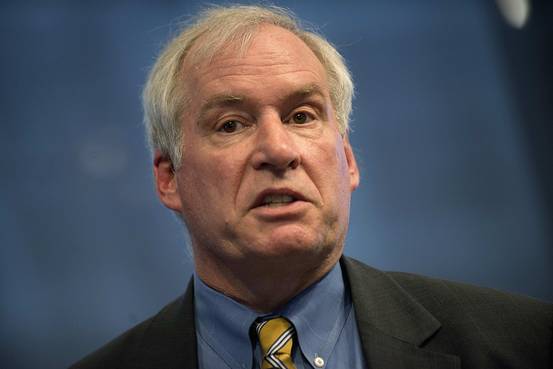 Federal Reserve Bank of Boston President Eric Rosengren said Thursday the economy is not yet ready for higher short-term rates.

Given the Fed’s current inflation and job market performance goals, “I do not think that either condition has been met” to support moving short-term rates off of their current near-zero levels, Mr. Rosengren said in the text of a speech to be delivered in London.

“Although there has been noticeable improvement in the labor market over the past few years, since March the indicators have been a bit mixed,” Mr. Rosengren said. “Inflation remains stubbornly below our target of 2%,” he added.

Mr. Rosengren, who is not currently a voting member of the monetary-policy setting Federal Open Market Committee, spoke amid brewing uncertainty about the outlook for monetary policy. While Mr. Rosengren has been hesitant to embrace a push toward higher borrowing costs, most officials have been on board with a boost in short-term rates this year. A number of them had indicated the conversation over rate rises would start with the FOMC’s mid-June policy meeting.

But a slate of weak economic data over the start of this year, which now includes softening job gains, have altered the conversation. Many now believe the Fed may raise rates later in the year relative to recent expectations. Mr. Rosengren’s comments Thursday highlight the belief the Fed is still some ways from where it wants to be, and that could help quell the push for higher rates for now.

Mr. Rosengren said in his speech it’s not yet clear what happened over the start of the year. And that’s a problem because “with sufficiently strong economic growth, improvements in labor markets and increases in inflation would likely follow.”

He said growth in the first quarter has most likely cooled from the already disappointing levels seen in the final quarter of 2014. The most recent jobs data was “disappointing” and so far, there is “no clear indication” of when inflation will move back up to 2%.

While it’s possible factors like weather have held back the economy, “it remains difficult to separate the temporary and easy-to-explain from the lasting and more concerning,” he said. “In my view, incoming data would need to improve to fully satisfy the committee’s two conditions for starting to raise rates,” he added.

Mr. Rosengren also used his speech to explain recent changes in the Fed’s outlook that suggest the future path of rate rises will be less aggressive relative to the past, amid an economy that can sustain a lower level of unemployment before heating up inflation.

Mr. Rosengren noted his own estimate of the natural unemployment rate has trended lower over time and now stands at 5%. That compares with Fed officials’ collective view that the rate stands between 5% and 5.2%. This lower level means the Fed would not have to raise rates as much over time, but it also raises the risk that if rates don’t have to go up as much, the central bank runs a greater risk of having to cut rates back to zero should new economic difficulties arise.

The official also said very low longer-term borrowing rates around the world may reflect increased saving by households scarred by the events of the Great Recession. But it could also indicate people have less confidence central banks will get inflation back to desired levels, Mr. Rosengren said.