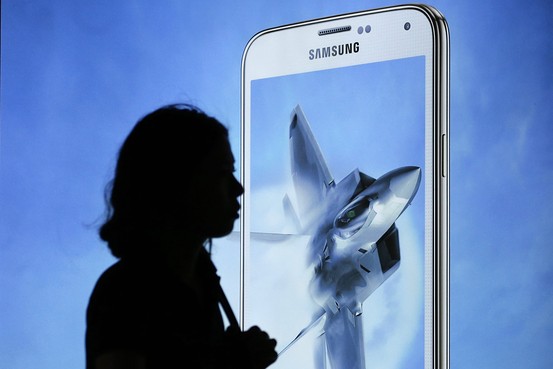 South Korea’s exports grew at a faster pace than expected in July following a weak rebound the previous month. Exports in July rose 5.7% from a year earlier following a 2.5% gain in June and a 1% drop in May. The July reading beat the median 4.6% increase forecast by a Wall Street Journal survey of economists.

Here are the key takeaways from July’s trade data:

A pick-up in demand from advanced economies was a main driver of strong growth in South Korean shipments last month. In July, exports to the U.S. surged 19.4% from a year earlier—the fastest pace in nine months—and shipments to the E.U. and Japan grew 11.5% and 6% respectively in a turnaround.

Emerging economies, especially China, are worrying. South Korean shipments to China, which absorbs a quarter of South Korea’s total exports, fell 7% in July from a year earlier in a third-straight monthly drop. The trade ministry said South Korea is “concerned” about shrinking exports to its biggest trade partner. 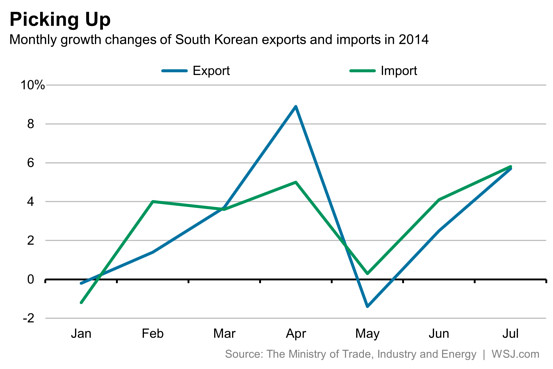 South Korean exports of mobile handsets and cars jumped 24.6% and 20.8% respectively in July from a year earlier. The ministry said LG Electronics Inc.’s release of a new G3 smartphone model and the E.U.-Korean agreement on an additional cut to tariffs on cars helped boost sales.

A slowdown in the global personal computer market led to weaker South Korean PC exports, the ministry said. South Korea also suffered a setback in exporting petrochemical products to China, which is reducing imports of such goods while improving its own supply capacity at home.

Last but not least, South Korean imports in July grew 5.8% from a year earlier—the fastest pace in two years and five months—in what can be a sign of improving demand at home. The ministry said steel and petroleum products as well as crude led to the solid rise in imports last month.