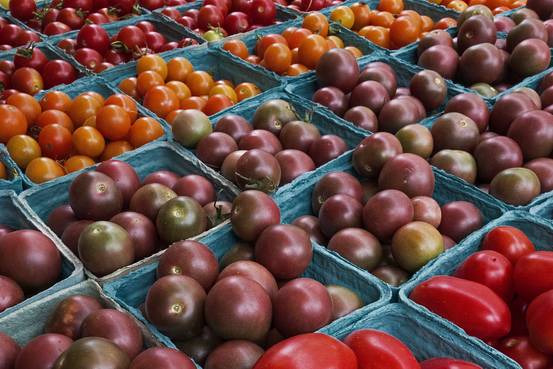 Americans saw some price relief last month on their grocery bills, a development that helped hold inflation in check despite an uptick in gasoline prices.

The cost of food at home, Labor Department speak for groceries, fell 0.5% last month. The decline, the largest in nearly six years, was driven by a 1.4% decrease in fruit and vegetable prices.

Everything from apples to bananas to dried peas costs less last month, according to the Labor Department. 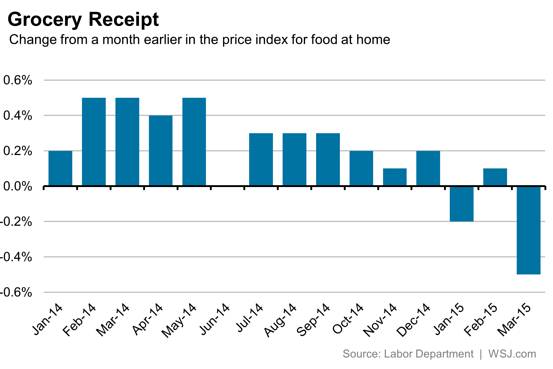 But the price break may be short lived.

Food prices are still up 2.3% from a year earlier, a sizable gain compared to nearly non-existent overall inflation. That reflects a drought in the western U.S. that’s dried up crops, especially in California.

Outside of fruits and veggies, several other food products cost less last month, including most meats, dairy, nonalcoholic beverages.

The price drop like reflects increased supply following a virus outbreak that killed millions of pigs since the spring of 2013.

In one bit of crummy news, the price index that includes doughnuts rose 2.8% in March, the fattest gain since 1999.

The Fed’s Beige Book: We Read It So You Don’t Have To