For Fed, Question of Whether Jobs Weakness Will Continue or Prove an Aberration – Real Time Economics 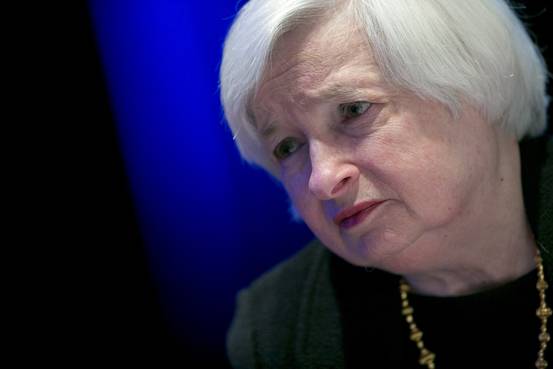 Federal Reserve officials will likely want to see a few more months of data before deciding whether the March slowdown in hiring reflects a serious weakening in the labor market that would justify holding off on raising interest rates.

If hiring rebounds in coming months, that would bolster the case of those officials who want to start lifting borrowing costs sooner rather than later—perhaps as soon as June—while a lasting slowdown would provide reason to hold off.

The Labor Department’s report Friday that employers added just 126,000 jobs last month, the lowest tally in more than a year, comes as Fed officials are discussing when to start raising their benchmark short-term interest rate from near zero.

The Fed has said it will raise rates when it sees further improvement in the labor market and is confident inflation is moving back toward its 2% target. The disappointing job growth in March is likely not a huge surprise to the Fed because other measures of the economy, such as retail sales and industrial production, have also been soft in recent months. Previously, the increase in payroll jobs had been a robust outlier. Now it’s in the muddled middle along with the rest of the major economic indicators.

One question Fed economists will quickly set about trying to answer is whether today’s weak report is due to the weather. Last year, during a harsh winter, the economy contracted in the first quarter and the labor market softened. The data snapped back later when the weather improved.

If the weakness is sustained, however, the Fed would be quite unlikely to raise rates in June.

At the Fed meeting last month, officials made an important change in their estimate of how low unemployment could fall before generating inflation pressures. In December, most Fed officials estimated the long-run unemployment rate was 5.2% to 5.5%—that’s their assessment of the sweet spot where the economy is healthy and inflation is stable. But in March, Fed officials lowered the range to 5% to 5.2%. The unemployment rate in March was unchanged at 5.5%, meaning that for now it’s still hovering above the Fed’s sweet spot.

Measures of inflation also have been soft. The Fed’s preferred index, the personal consumption expenditures price index, climbed 0.3% from a year earlier in February, well below the Fed’s target. The Fed has been confident that inflation would rise, but that view hinges on their assessment that once the unemployment rate gets low enough, inflation is sure to pick up as the labor market tightens. But if the labor market isn’t tightening, this moment is further off.

Before the Fed meets in June, it will see employment reports for April and May. Those reports could include revisions of the March data, showing more strength or weakness.

The May report will come out on June 5 and will be the last major economic indicator before the Fed heads into its blackout period before the June 17 meeting. That’s a report with a lot riding on it. The March report is not.