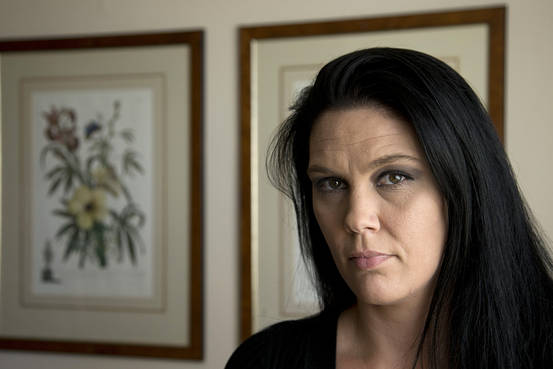 Sarah Dieffenbacher, shown in March, was among students who refused to pay student loans for study at Corinthian Colleges Inc., which operated the for-profit Everest College, Heald College and WyoTech schools before agreeing last year to sell or close its 100-plus campuses.
MANUEL BALCE CENETA/ASSOCIATED PRESS

Student debt has tripled over the past decade and almost 7 million Americans have gone at least a year without making a payment on their federal student loans.

The burgeoning numbers have raised alarms in Washington, on campuses and across kitchen tables as families weigh the costs and benefits of education.

But new research suggests most of the rise in defaults isn’t from students attending traditional universities such as four-year public and private nonprofit colleges and grad schools.

“To the extent there is a crisis, it is concentrated among borrowers from for-profit schools and, to a lesser extent, two-year institutions,” according to a paper by Adam Looney, deputy assistant secretary for tax analysis at the Treasury Department, and Constantine Yannelis, a Ph.D. candidate at Stanford University.

The authors trace the biggest share of rising defaults to the growing number of what they call “nontraditional” borrowers. The number of such students climbed markedly when the recession hit, rising to represent half of all borrowers.

Students at those institutions tended to come from lower-income families, while many of the schools offered relatively weak educations and middling job prospects upon graduation.

“With poor labor market outcomes, few family resources, and high debt burdens relative to their earnings, default rates skyrocketed,” Messrs. Looney and Yannelis said. “Of all students who left school and who started to repay federal loans in 2011 and who had fallen into default by 2013, 70% were nontraditional borrowers.”

Meanwhile, borrowers who graduated from four-year public and private nonprofit colleges in 2011 and started repaying their loans had a default rate of 7.7% in 2013. 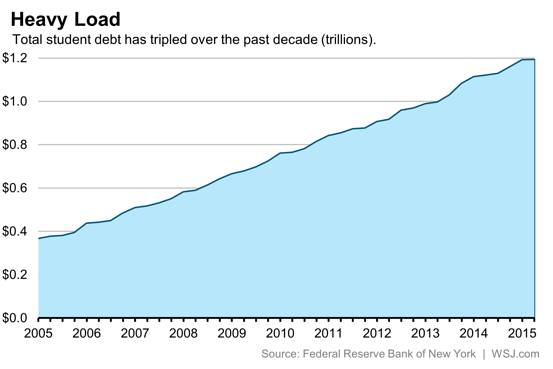 “The majority of undergraduate and graduate borrowers from four-year public and private (nonprofit) institutions, or ‘traditional borrowers,’ experience strong labor market outcomes and low rates of default, despite having the largest loan balances and facing the severe headwinds of the recent recession,” the authors said.

The research, to be presented at Brookings Institution conference this week, links Education Department data on student borrowing with earnings information derived from tax records.

Rising education costs, a source of anxiety for many families, have worked their way to the fore of the Washington policy agenda.

Republicans have focused on other solutions.

Sen. Rand Paul of Kentucky, for example, in April told University of Iowa students he wants to enable college students to deduct the cost of education from their taxes over the course of their careers.

And Florida Sen. Marco Rubio has promised to revamp the higher-education system by expanding access to trade schools and for-profit colleges and making it easier for students to secure federally protected loans.

School-Loan Reckoning: 7 Million Are in Default

Congratulations, Class of 2015. You’re the Most Indebted Ever (For Now)

The Student-Loan Problem Is Even Worse Than Official Figures Indicate

Who’s Most Likely to Default on Student Loans?