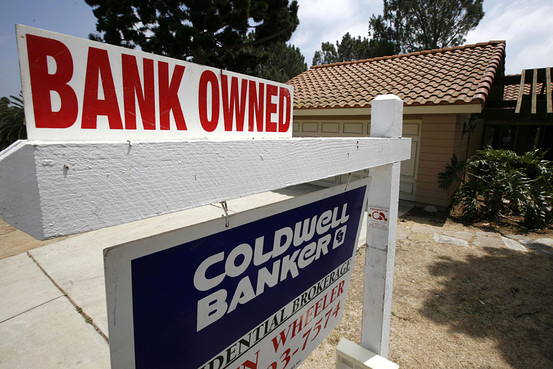 A bank-owned home for sale in Encinitas, Calif., in 2009.
MIKE BLAKE/REUTERS

The housing market isn’t finished cleaning up the legacy of the foreclosure crisis, but it is mostly finished claiming new victims.

A healthy job market and rising home prices–which let troubled borrowers sell rather than be foreclosed upon–have led to a steady abatement of the foreclosure crisis over the past five years.

Fewer foreclosures should help home prices, both because bank-owned homes tend to sell for less than others and because empty houses often deteriorate and affect the values of their neighbors.

Now, the foreclosure problem is largely isolated to loans made before 2009 and a few intractable markets that have been slow to process them.

About 80% of mortgages that were seriously delinquent in the third quarter were issued before 2009, the MBA said. Among states, New Jersey, New York and Florida continued to have the highest foreclosure rates. 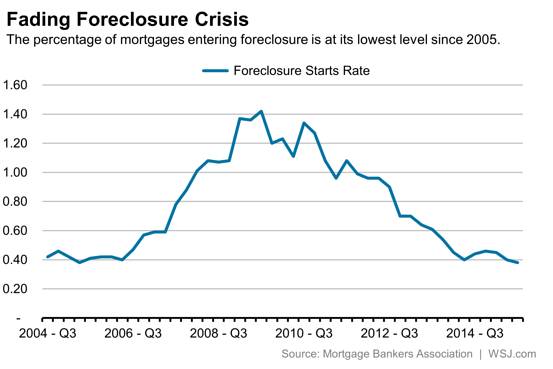 As Home Prices Rise, the Foreclosure Crisis Continues to Recede