The price of oil is once again on the rise, along with fears that instability in Iraq could threaten the nation’s oil production and send global prices soaring.

A story in today’s Journal shows the U.S. may be more insulated from the hazards of the international oil market than in the past. But rising oil prices still have ripple effects on the U.S. economy. Here are some handy rules of thumb we worked out with Deutsche Bank chief U.S. economist Joseph LaVorgna to monitor how this could play out.

In fact, over the past six years, if you divided the price of oil by 40 and then added 75 cents you’d get pretty close to the national average price of gasoline. 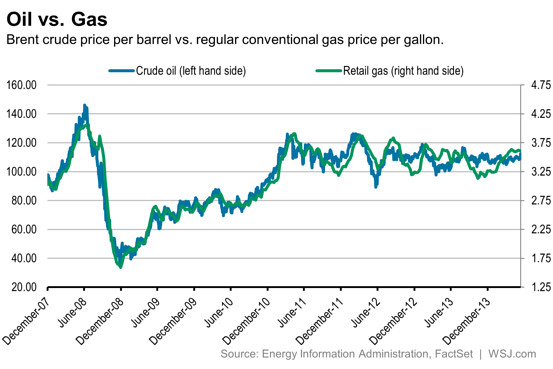 The One Penny-to-One Billion Spending Rule

Rising oil prices hit households in a couple of ways. First, when energy prices rise households and businesses immediately have to pay the new costs, effectively a tax on consumption. The energy producers don’t cycle that money back into the economy as quickly as the people spending it.

Since higher prices mean higher inflation, that extra spending doesn’t contribute to real GDP growth. Add all those effects together and a $5 increase in the price of oil translates to about a 0.1 percent hit to gross domestic product.

This is in addition to whatever other inflation is happening in the economy. So if most items are rising in price by 2% but gas surges upward by 10%, then you’d expect the annual change in the CPI to be 3% — the 2% for most items plus an additional 1% from energy. 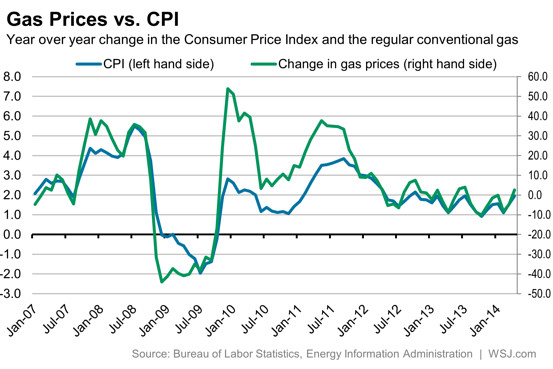 From the Hamilton-to-a-Quarter rule, a 25 cent increase in the price of gasoline.

From the One Penny-to-One Billion Spending Rule, a $25 billion increase in household energy consumption

And from the 10-to-1 Inflation Rule, a one percentage point increase in the inflation rate.