Gas Prices Are Plunging. So Why Is Everyone Freaking Out? – Real Time Economics 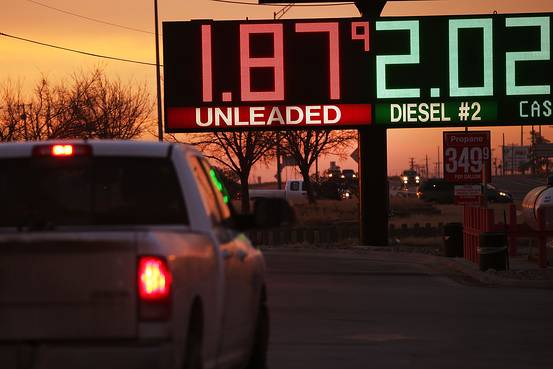 The price of gas in the Permian Basin oil field on Jan. 20 in the oil town of Andrews, Texas.
SPENCER PLATT/GETTY IMAGES

Oil prices have declined nearly 75% from their recent peak in June 2014, roiling markets and sounding new alarm about the possibility of an economic slowdown.

Wait, what? Weren’t lower gasoline prices supposed to help the U.S. economy? Gas is below $2 a gallon in all but 11 states, reaching the lowest level since 2009. Prices have been cut in half over the last 18 months. When oil plunged in the 1980s, it unleashed strong economic growth, even as Texas, Colorado and Oklahoma slid into recession. 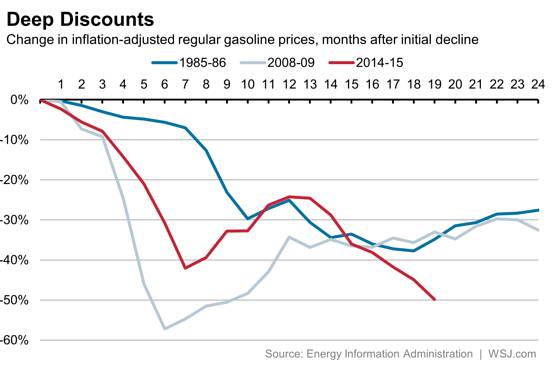 So why are people acting as if this is a bad thing for the economy?

It’s true that falling gas prices should help the U.S. economy because, even despite a recent boom in domestic energy production, America is still a net importer of oil. Here are five reasons why there’s more concern now:

1. A lot of people expected cheap gas to boost consumer and business spending, fueling an “economic nirvana.” That hasn’t happened.

Spending is up at restaurants, and car sales have hit record highs. But Americans appear to have stashed away more of their energy savings. They’re also using the benefit of cheap gas to drive more. Through November, total vehicle miles traveled over the past year is up more than 3.6%, the largest such increase since 1997. 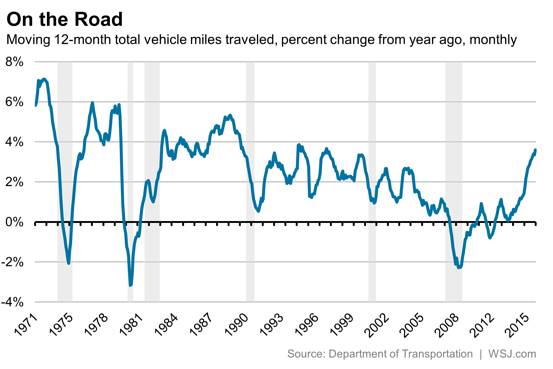 The muted response may also reflect a middle class that hasn’t fully healed from the last recession. Debt burdens have fallen, but they’re still high. And while energy costs are down, other big household costs—health care, education and rent—are climbing.

2. U.S. industry boomed over the last six years thanks to an oil exploration bonanza. As my colleague Greg Ip explained, energy accounted for two-thirds of the rise in total U.S. industrial capacity between 2009 and 2014, according to the Carlyle Group’s Jason Thomas.

This could explain why spillovers to the broader manufacturing sector appear to have been larger. The swift plunge in prices didn’t just chill new drilling and prompt thousands of layoffs of workers in the oil patch. It also crimped demand for railcar shipments and for makers of bulldozers and ball bearings. 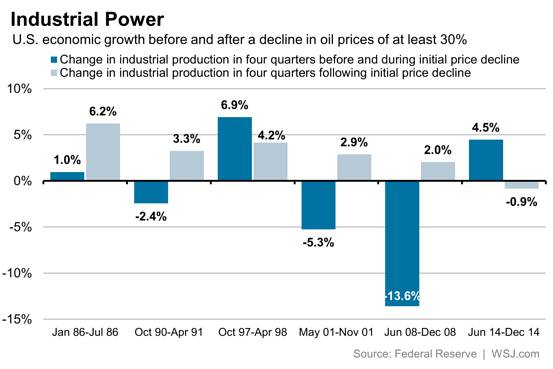 So far, then, the drags on the energy-intensive sectors of the economy have been immediate and worse than anticipated, as some initially warned might happen when prices first began to fall. The lift for the broader economy has been slower to materialize and weaker than expected. 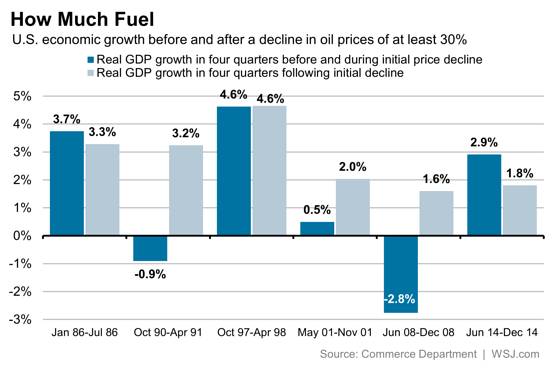 3. The contraction in the oil patch will lead to defaults and bankruptcies, squeezing banks and bondholders. This could tighten financial conditions for other businesses, slowing the broader economy.

In the five years ended 2013, the face value of high-yield bonds in energy grew 181%, compared with 69% for the rest of the market, according to Guggenheim Partners. Markets are racing to figure out banks’ and mutual funds’ exposure to leveraged loans or high-yield bonds that financed the American energy revolution.

4. What if oil isn’t just a cause of the slowdown, but rather a symptom of broader global weakness and oversupply? Already, the U.S. dollar has strengthened, crimping the manufacturing sector beyond the energy sector by making exports more expensive.

Oil prices have fallen alongside scores of other commodities—steel, corn, copper, natural gas. China’s slowing economy, and weaker growth in emerging markets and other commodity-rich economies that benefited heavily from China’s demand for resources, now have an oversupply of raw material, productive capacity and labor.

While manufacturing accounts for one-eighth of economic output, the median S&P 500 firm earns roughly one-third of its revenues overseas. According to Morgan Stanley, around 27% of profits have come from abroad for U.S. firms in this cycle, compared with 17% in the 1990s.

5. More broadly, economists are cautious because the U.S. economy has less to cushion it should markets face an unexpected shock in two important ways. First, the economy’s growth rate has slowed to around 2% from 3%, meaning it takes less severe disruptions to push the economy into recession. In addition, central bankers have fewer tools to respond to deterioration in the economy because interest rates are already low.

Savings at the Pump Are Staying in Wallets