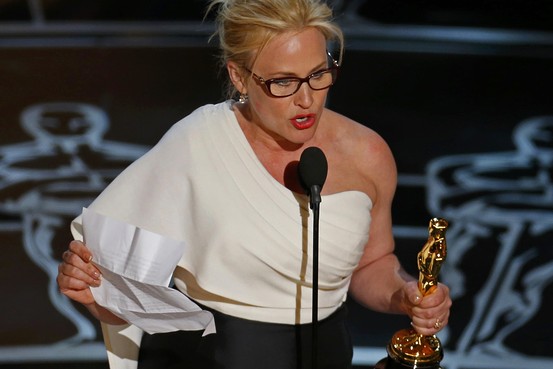 Actress Patricia Arquette tackled the wage gap issue in her Academy Awards acceptance speech in February, saying, “We have fought for everybody else’s equal rights, it’s our time to have wage equality once and for all.”
REUTERS

Most women will never earn as much as men in their lifetimes.

In Wyoming, it will take 144 years for equal pay, according to a recent report from the Institute for Women’s Policy Research that looked at trends in women’s employment and earnings. Other states with particularly high disparities included Louisiana, North Dakota and Utah. The state with the shortest wage gap, Florida, was still 23 years. And Washington, D.C. marks the best place for women’s employment and earnings, the report found, perhaps because it is small and urban. Still, the pay imbalance won’t close until 2055.

Tuesday marks national Equal Pay Day, an event from the National Committee on Pay Equity, a nonprofit advocacy group. The date represents how long into 2015 it would take a woman to earn what a man did in 2014.

Women working full-time in the U.S. last year earned 82.5 cents for every dollar a man earned, according to the Labor Department’s weekly wage data. There are disparities across regions and occupations.

The widest gap in weekly earnings came in the legal profession, where women earn 56.7% of what men do. But nearly all jobs have gaps, from chief executive (70%) to food preparation (90.5%). 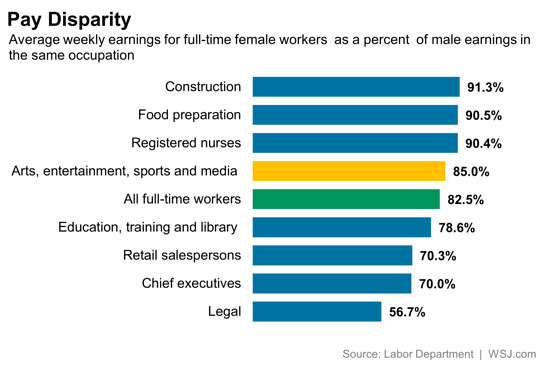 In February, actress Patricia Arquette raised the issue when she accepted her Academy Award for best supporting actress. Her speech, to rousing applause from Meryl Streep and other Hollywood royalty, came at a particularly interesting time for the industry: Leaked emails from Sony Pictures showed A-list actresses including Amy Adams and Jennifer Lawrence were paid less than their male co-stars Christian Bale and Bradley Cooper for the film “American Hustle.”

“We have fought for everyone else’s equal rights, it’s our time to have wage equality once and for all,” Ms. Arquette said. “And equal rights for women in the United States of America.”

One category where women do earn more than men is in part-time jobs. Women who worked 34 hours or less per week made 5.6% more than their male counterparts, according to a Labor Department report, even though full-time female workers earned less. The largest pay disparity in favor of women is for those working between 30 and 34 hours per week — $352 per week for women, compared with $315 for men. 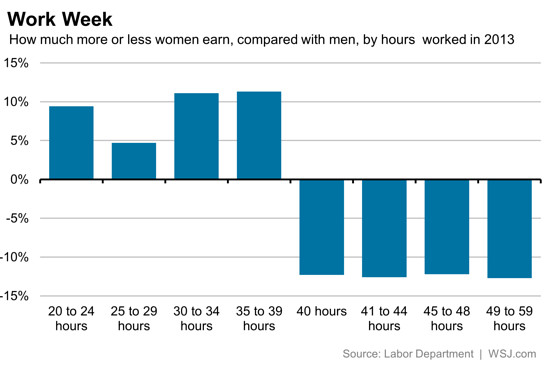 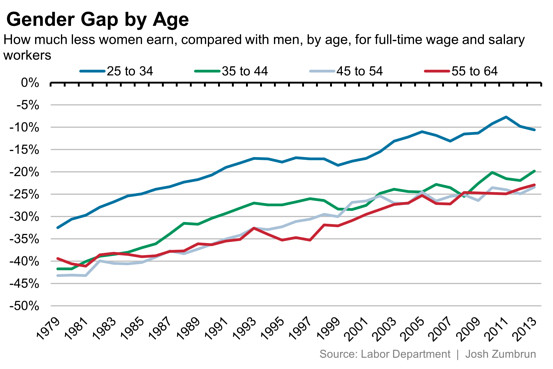 Education can play a role in the pay gap, too. Women working full time with at least a bachelor’s degree earned 25% less than comparable men in 2013. The difference was 22% for women who only have a high-school diploma and 20% for women who dropped out of high school, compared with their male counterparts. That marks a reversal from 30 years ago when the most-educated women had the narrowest gap with similar men. 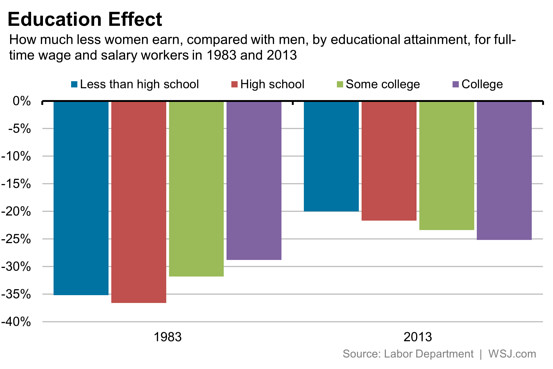 Meanwhile, women who only have a high-school diploma earned 5% more in 2013 from 30 years earlier, adjusting for inflation, while men earned 15% less. 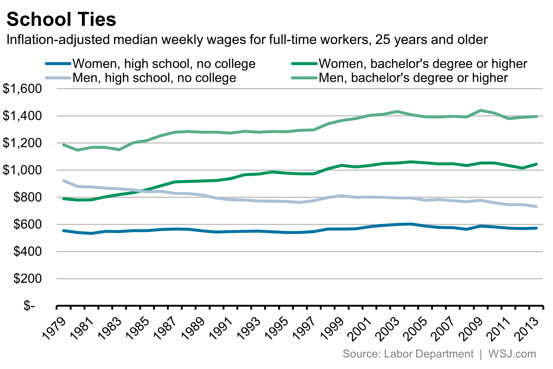 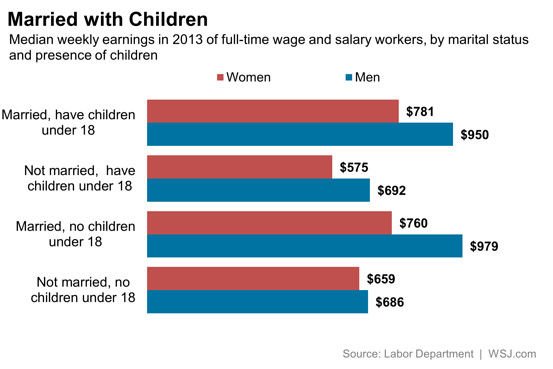 Where women may need more than 100 years to close the wage gap: The wage gap by occupation, in a sortable chart:

The U.S. Economy According to the White House in 10 Charts

The Earnings Gap Between Married and Non-Married Moms is Widening

Is the Gender Pay Gap Closing or Has Progress Stalled?

Millennial Women Make Nearly as Much as Men, but Still Have Dim View of Equality