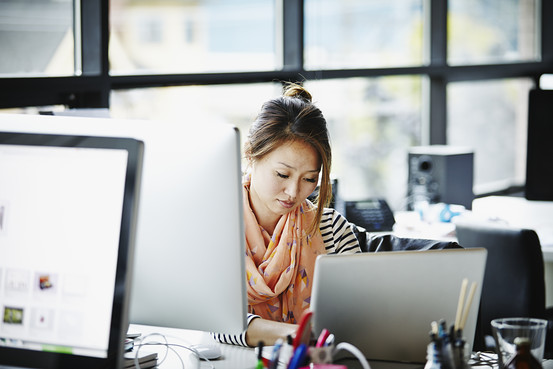 The gender wage gap narrowed to the lowest level on record last year, but for every dollar a man earned women took home 21 cents less, on average.

Women working full-time, year-round jobs earned 78.6% of what similar men did in 2014, according to a Census report released Wednesday. That’s the smallest gap on record back to 1960.

The latest reading marks a narrowing from 77.6% in 2013, but the change is not statistically significant. In fact, the pay gap hasn’t changed meaningfully since 2007, when it was 77.8%.

“There’s really no reason to celebrate,” said Heidi Hartmann, an economist and the president of the Institute for Women’s Policy Research, a Washington think tank. “It’s just not a picture of strong and rapid improvement in the wage gap.”

She noted that both men and women’s earnings have grown very slowly since the recession ended in 2009. Those small gains, a symptom of a weak labor market, provide little room for the wage gap to narrow.

The number of women who were working, full- or part-time, did increase by 800,000 in 2014, the report said. The number of working men was essentially unchanged.

And the number of women working full-time increased by 1.6 million versus 1.2 million for men. The data suggests workers who were stuck in part-time jobs are finding full-time work, a possible sign that the labor market is beginning to tighten.

17 Countries Where Women Are the Majority of Wage-Earners

Is the ‘Gig Economy’ a Thing? Ask Women