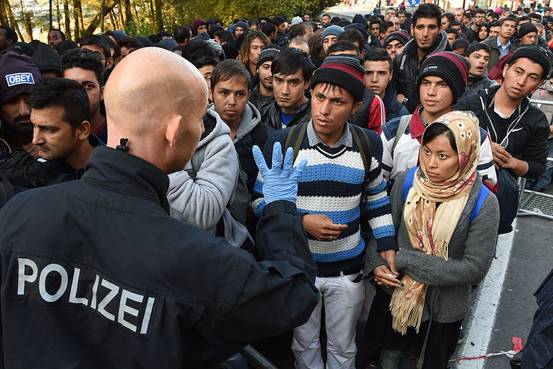 A German police officer speaks with migrants waiting to cross the Austrian-German border near the Bavarian town of Passau, southern Germany, on October 28
Agence France-Presse/Getty Images

Germany’s acceptance of hundreds of thousands of migrants is set to weigh on its public finances in the near term, then provide a modest boost to Europe’s biggest economy, before the costs and benefits finally cancel each other out, according to the Bundesbank in its latest set of economic forecasts. Here’s a look at the central bank’s assessment of Germany’s migrant influx: