When Shon Yust looked out at the guests in his backyard Monday night and noticed that no one was in the pool, he thought of his 9-year-old daughter, Hally.

“If Hally was here, I’m almost sure she would have gotten in and everyone would have followed,” said Yust, who lives in Spring Hill, Kansas. “She was always the first one in the pool and the last one out.”

Hally died July 9 from primary amoebic meningoencephalitis, an extremely rare but almost invariably fatal brain infection caused by the amoeba Naegleria fowleri, which she contracted while playing in the water. The guests in Yust’s backyard had just come from Hally’s memorial service, which drew 1,500 people.

It all happened so fast, Yust said. Hally had been playing in freshwater the previous two weeks. The night of July 5, she got a headache, and the next morning she started throwing up. Emergency room doctors thought it was the flu, but by the morning of July 8, the girl was “delirious,” Yust said.

Hally was brain dead that night.

There have only been 132 other reported cases of Naegleria fowleri infections since 1962, with only a handful occurring each year, according to the U.S. Centers for Disease Control and Prevention. By comparison, about ten people die in unintentional drownings per day, the agency said.

The amoeba thrives in warm freshwater and enters the brain through the nose. But the Yusts don’t want Hally’s death to keep people from doing what she loved.

“Her being the little athlete that she was, anything in the water, just swimming around, swimming by kids and dunking them, all sorts of different stuff,” said Hally’s 16-year-old brother, Parker.

Though the whole family loved to jet ski together, Hally was especially talented, Yust said. She won an award for most improved skier in her age group last year, and became somewhat well-known in the local jet skiing community after asking a famous jet skier for autographs to help raise funds for a family friend battling cancer.

“We didn’t want people to be fearful of something that’s probably been there for thousands of years,” Yust said. “We saw things starting to spiral into fear. But it’s one thing to lose your daughter, and a whole other thing to lose what our family loves to do.” 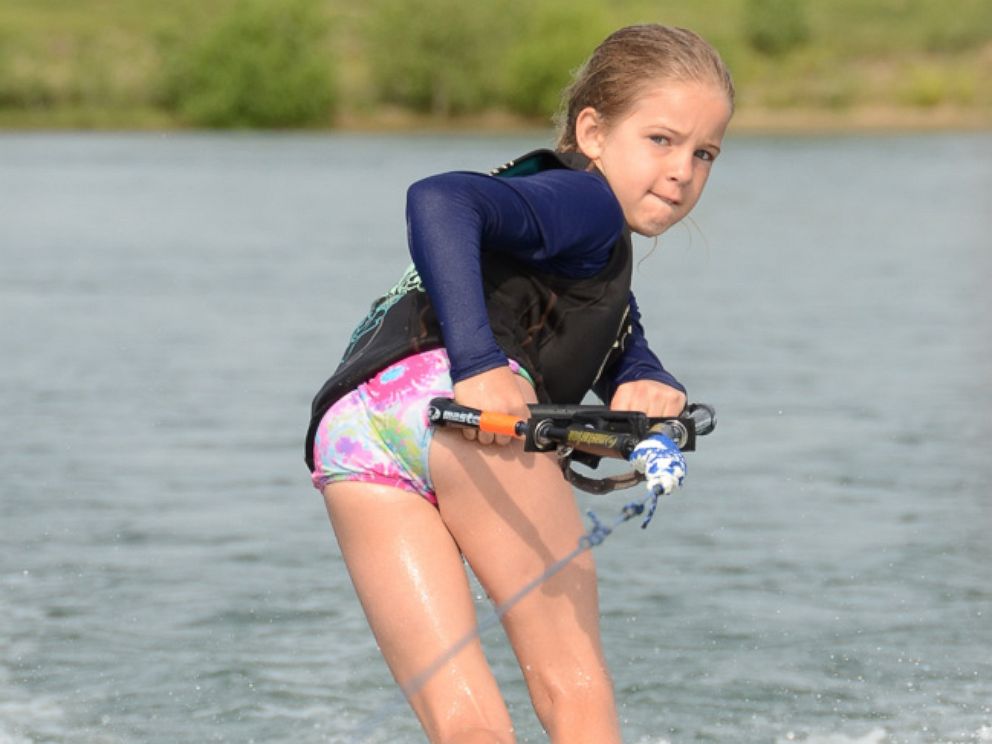 PHOTO: Hally Yust was loved to jet ski and play in the pool. She was in four bodies of water in the two weeks before her death.

Yust said being out on the water is one of the family’s favorite ways to bond, and that Hally wouldn’t want people to live in fear.

“We think that’s what our daughter stood for,” he said.

Though Hally’s mother, Jenny Yust, 44, is struggling to get back into the water, her father and brother went water skiing over the weekend. It was still a little scary, but it was helpful, Yust said.

“She starts crying when mom starts crying,” Yust said. “She’s slowing figuring it out. She said, ‘I want Hally’ yesterday.”

Since Hally’s death, her family learned that she loved to sing and write songs when they found her iPad. She’d recorded a video of herself singing a song she wrote called “Out of the Sky” in a sweet, high voice as she sat on her bunk bed wearing black-rimmed glasses, her wild blonde hair tucked behind her ears.