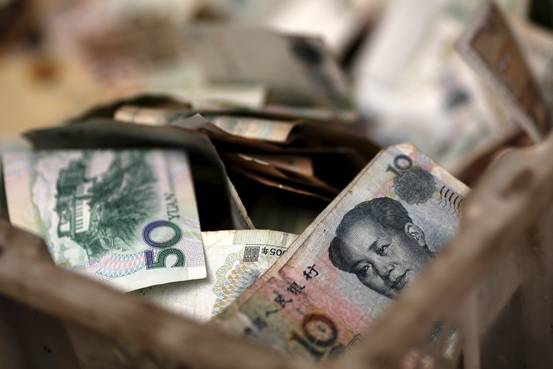 Global central bankers don’t expect Chinese officials to devalue their currency as part of a widening campaign to boost output in the world’s second-largest economy.

Chinese authorities took new steps Sunday to boost output. The People’s Bank of China reduced the amount of reserves that domestic banks are required to hold in reserve at the central bank, leaving the banks more money to lend to the private sector.

The Wall Street Journal also reported Sunday the central bank is looking at additional measures, including a program that would make long-term loans available to banks that boost lending in favored sectors such as farming, affordable housing and small business. That comes on top of two interest-rate cuts since November.

Weak demand has led to talk in financial markets about the broad risk of currency wars and the more specific possibility of currency devaluation by Chinese officials to boost exports.

“I don’t think any country, including China, would pursue that kind of policy,” said Zeti Akhtar Aziz, Governor of the Bank Negara of Malaysia, in an interview with The Wall Street Journal. “That kind of strategy is not sustainable.”

Her comments reflected views uttered by several central bankers this weekend in Washington at semiannual meeting of the International Monetary Fund.

“Furthermore, increasingly the renminbi has been used to settle bilateral trade with China,” Ms. Zeti said. “As China allows its currency to be a medium of exchange for trade with other countries in different parts of the world, it is important for relative stability, predictability, in the direction of the currency. I do not think that would be a viable strategy to rely on the exchange rate for any country for that matter to gain competitive advantage.”

Agustín Carstens, governor of the Bank of Mexico, concurred with Ms. Zeti’s assessment. “I don’t see any hint of that,” he said.

He said he saw more preoccupation in China about strengthening the perception in the financial community about its reliability as an international counterparty, which called for a stable currency policy.