Ask WSJ Central Banks: We’re launching a new feature in response to the many questions we have received from you privately. Please email your queries about the Fed, other central banks or broader economic topics to this address and we will select a few to answer publicly on a regular basis. Help us get started by sending them here: askcentralbanking@wsj.com And please put “Ask WSJ Central Banks” in the email subject line.

HILSENRATH’S TAKE: A SPLIT DECISION LOOMS FROM FED ON JOB AND INFLATION GOALS 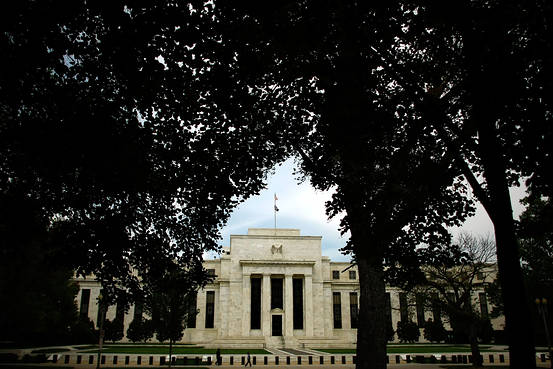 The Federal Reserve has framed its decision about raising interest rates around the progress it sees in achieving its dual mandate goals of maximum employment and 2% inflation. Officials could emerge from their policy meeting today with a split decision – progress on the employment side of their mandate and continued uncertainty on the inflation side.

Fed Chairwoman Janet Yellen said in testimony to Congress earlier this month that the economy is “demonstrably closer” to reaching the Fed’s full employment goal. Since the Fed last met in June, the jobless rate has notched down further from 5.5% to 5.3%, its lowest level since April 2008, hiring appears to have returned to a path of steady gains in excess of 200,000 per month after stumbling in March and wages show tentative signs of moving higher. Fed officials will need to acknowledge these advances in their post-meeting policy statement, a sign that a rate increase is approaching.

Still it is hard to see how officials derive great confidence that inflation is surely returning to their 2% goal. Oil prices and commodities more broadly have resumed their march down and the dollar its movement higher, factors that have weighed on inflation all year. The Fed has described these developments as transitory before, but slow growth in China could give them some pause about that conclusion. Broad measures of inflation show little sign of breaking out of the sub-2% trend which has been in place for more than three years. Meantime, inflation compensation in bond markets has notched lower after stabilizing earlier this year. And though wages show signs of picking up, a breakout isn’t yet obvious and the links between wages and broader inflation are tentative.

It potentially sets up the Fed and markets for a cliffhanger policy meeting in September. The jobs part of their mandate – so important to Ms. Yellen – is signaling a rate increase is due. But the inflation part of the mandate signals continued patience. Officials won’t want to lock themselves in until they see more data on the economy’s performance. 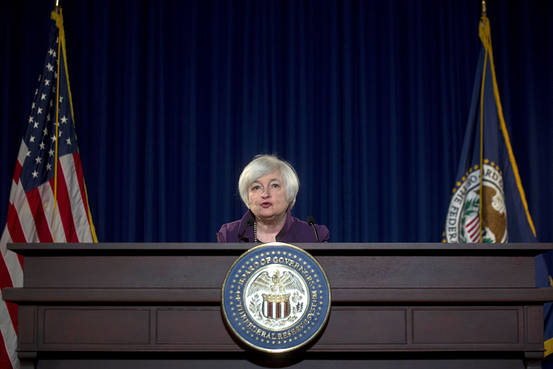 Janet Yellen’s First 18 Months Running the Fed—By the Numbers. As she approaches the 18-month mark, how has Federal Reserve Chairwoman Janet Yellen’s time at the helm compared with the early experience of her predecessor, Ben Bernanke? She inherited a weaker economy in the wake of the 2007-09 recession, but oversaw rapid improvement by several measures of economic health.

Fed and FDIC Give First Feedback on ‘Living Wills.’ The Fed and the Federal Deposit Insurance Corp. gave three large nonbank financial firms initial feedback on the “living wills” they must create to describe how they would go through bankruptcy without causing broader economic damage. The firms— American International Group, Inc., Prudential Financial Inc., and General Electric Capital Corp.—have been designated “systemically important,” a label that comes with a requirement to draft credible plans for their own demise. The regulators said the three firms need to make improvements before they submit new versions of the plans at the end of this year.

Critics Of Fed On Left And Right Prepare To Head To Jackson Hole. Federal Reserve Chairwoman Janet Yellen may be skipping the Kansas City Fed’s high-profile conference in Jackson Hole, Wyo. this year, but the central bank’s critics are not. At least two groups—one on the right and one from the left—are expected to show up in some fashion to press the Fed to change its policies. 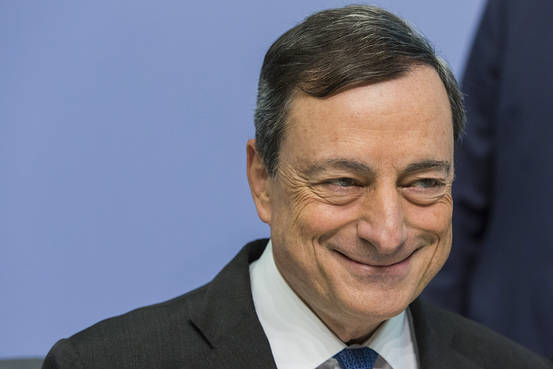 Wanted in China: A Reassuring Face for Investors. Since China’s stock boom turned bust more than a month ago, the Chinese government has put out measure after measure to stanch the bleeding. But the rescue effort is missing one feature found in markets elsewhere: a senior figure stepping forward to stop the panic. “There is no Alan Greenspan or Mario Draghi in China,” said Peng Junming, a former official at China’s central bank and now chief investment officer at Empire Capital Management LLP, a Beijing investment firm.

BOJ Expects New Inflation Measure to Rise.  The Bank of Japan expects a new measure of consumer price inflation to rise above 1% over the summer, adding to evidence that the economy is escaping more than a decade of deflation, people close to the central bank said.

IMF: Demand Troubles Risk Cementing Decade of Anemic Growth. The failure of the world’s largest economies to boost demand—despite central-bank efforts—is setting the stage for weak global growth for years to come. That is a key message in the International Monetary Fund’s latest report detailing distortions in the global economy caused by too much saving in some countries and not enough demand in others.

RBNZ’s Wheeler Says Further Monetary-Policy Easing Likely Needed. Reserve Bank of New Zealand Gov. Graeme Wheeler reiterated Wednesday that further rate cuts are likely needed to spur economic growth and generate inflation.  ”We think the economy is currently growing at an annual rate of around 2.5%. To maintain growth around potential and return CPI inflation to its medium-term target level, some further monetary-policy easing is likely to be required,” Mr. Wheeler said in a speech to ExportNZ in Tauranga–Dow Jones Newswires.

Irish Central Bank Raises Growth Forecasts. Ireland’s central bank Wednesday said it expects the economy to grow at an even more rapid pace this year and next, and urged the government to use higher tax revenues to reduce its very high debts rather than fund tax cuts.

Homeownership Hits 48-Year Low. The seasonally adjusted homeownership rate declined to 63.5%, down from 64.7% in the second quarter of 2014, according to estimates published by the Commerce Department on Tuesday. That is the country’s lowest homeownership rate since 1967. 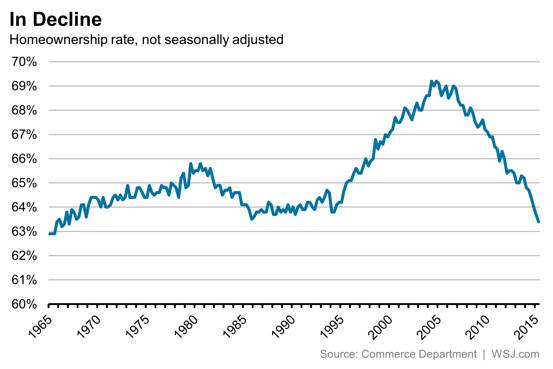 Inflation Measures for Developing Country Central Banks. Rahul Anand, Eswar Prasad and Boyang Zhang develop a model of inflation designed specifically for the central banks of emerging economies, “where a large proportion of households are credit constrained and the share of food expenditures in total consumption expenditures are high.” They say their model shows “headline inflation targeting improves welfare outcomes.”

Real Interest Rates Likely to Remain Low. In a posting on the Bank of England’s Bank Underground blog, Lukasz Rachel and Thomas Smith provide evidence that changing demographics, rising income inequality and a “glut2 of savings in emerging markets account for much of the decline in the  the global real interest rate to around 1%. Declines in the relative prices of capital goods and public investment have also contributed. “We think these secular trends are likely to persist,” they write.

Why Using Fed Dividends to Pay for Highways is a Bad Ideas. Analysts at the Bipartisan Policy Center argue against cutting into the dividends the regional Fed banks pay their stock-holding member banks. “Tinkering with the Federal Reserve’s system to fund current congressional spending initiatives, without public debate or thought on its ramifications, sets a dangerous precedent and is bad policy,” they write. “Proposals to thoughtfully examine its structure, such as the idea put forth by Senate Banking Chairman Richard Shelby (R-AL) to create a special commission to study and produce recommendations to change the Federal Reserve System, deserve public debate and potential congressional action.”

Market Manipulation Goes Global. Stephen S. Roach writes there’s not much difference between the Chinese government’s intervention in equity markets and western central banks efforts. “Take quantitative easing, first used in Japan in the early 2000s, then in the United States after 2008, then in Japan again beginning in 2013, and now in Europe. In all of these cases, QE essentially has been an aggressive effort to manipulate asset prices. It works primarily through direct central-bank purchases of long-dated sovereign securities, thereby reducing long-term interest rates, which, in turn, makes equities more attractive.”

The S&P/Case-Shiller Home Price Index, covering the entire nation, rose 4.4% in the 12 months ended in May, slightly greater than a 4.3% increase in April.

Consumers unexpectedly took a dimmer view of the U.S. economy this month. The Conference Board’s index of consumer confidence plunged to 90.9 in July from a revised 99.8 in June, first reported as 101.4.