Ask WSJ Central Banks: Dear readers, we are launching a new feature in response to your many questions. Please email your queries about the Fed, other central banks or broader economic topics to this address and we will select a few to answer publicly on a regular basis. Help us get started by sending them here: askcentralbanking@wsj.com 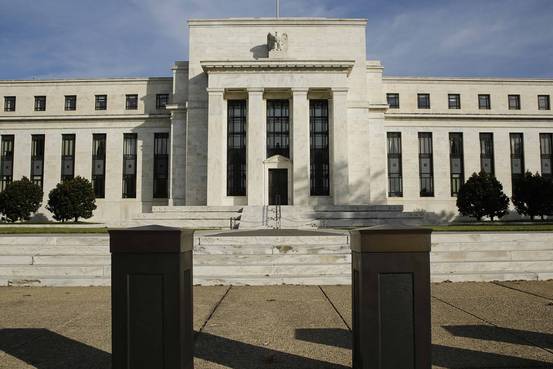 By the numbers, Federal Reserve policy makers are more united today than they’ve been in years. But unanimous votes don’t mean officials are marching in lockstep toward their first rate increase in nearly a decade.

The Federal Open Market Committee’s last four policy statements have been unanimous. Another 10-0 vote at the meeting next week would mean five straight, a dissent-free streak unmatched since 2009. Even if Wednesday’s statement featured a dissent, the current run would be the longest since 2011.

That speaks to Chairwoman Janet Yellen’s ability to hold policy makers together as they debate when to start raising their benchmark federal-funds rate. But it also may owe much to turnover and tactics.

Four voting seats on the rate-setting committee rotate among 11 regional bank presidents. Three of last year’s voters – Dallas Fed President Richard Fisher, Minneapolis Fed President Narayana Kocherlakota and Philadelphia Fed President Charles Plosser — combined for eight dissents over the course of the year. Messrs. Plosser and Fisher have since retired, while Mr. Kocherlakota is a non-voter and headed for the exit at the end of the year.

Those who favor raising rates seem content to wait as the rest of the committee moves in their direction. At the Fed’s June 16-17 meeting, the minutes revealed, one unnamed FOMC member was ready to raise rates “but also expressed a willingness to wait another meeting or two for additional data before raising the target range.”

Still, signs of disagreement are bubbling beneath the surface. In February, directors from nine of the 12 regional banks favored keeping the primary credit rate, the interest rate for loans to healthy banks through the Fed’s discount window, at 0.75%. Now, just six do; five want to raise it and one wants to lower it.

This may be the calm before the storm. No Fed official is publicly pushing to raise rates at the meeting next week. But barring some change in the economic landscape, it could be tough for Ms. Yellen to pull off a unanimous vote in September given Mr. Evans’s opposition to moving before 2016  and Mr. Lacker’s preference for raising rates sooner rather than later.

Still, all of the Fed governors and presidents participate in policy discussions, and the importance of formal votes shouldn’t be overstated. “It is quite common for there to be differences of opinion and yet a unanimous vote,” then-Fed governor Laurence Meyer said in 1998. And a dissent or two may be the price of building broader consensus. 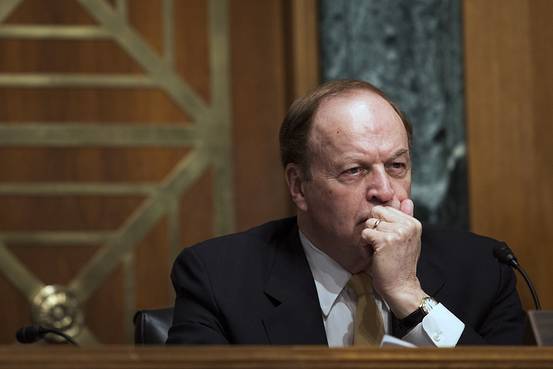 Shelby Aims to Attach Fed Overhaul Bill to Spending Measure. A subcommittee of the Senate Appropriations Committee on Wednesday added Sen. Richard Shelby’s financial regulatory legislation to a Senate spending bill. The full Senate Appropriations Committee is slated to approve the spending bill, with the Shelby text, on Thursday. The Shelby bill has several provisions that would affect the Federal Reserve.

European Banks at Risk From Low Rates.  Low interest rates are a creeping risk to banks’ profitability, posing a challenge to European lenders and a source of concern for regulators, according to the head of the European Union’s new agency for winding down failing lenders. In an interview with The Wall Street Journal, Elke König, the chairwoman of the Single Resolution Board, the Brussels-based entity tasked with winding down troubled banks, said that banks are likely to address low profitability through mergers and branch closures.

ECB Raises Emergency Lending to Greek Banks. The European Central Bank on Wednesday raised the ceiling on emergency lending to Greek banks by €900 million ($980 million), a person familiar with the matter said, the second-straight rise by that amount. The move increases a lifeline, albeit only modestly, for Greek banks that had been frozen from late June into mid-July at the height of negotiations between Greece and its international creditors over a bailout package.

How the Euro Helps Germany. The relative weakness of the euro versus a hypothetical Deutschmark is an advantage for Germany. ING economist Carsten Brzeski says that the European Central Bank’s monetary policy has tended to have a bias toward helping weaker countries and that this policy orientation benefits exporting countries like Germany. “The currency will always be undervalued compared to a situation in which you are on your own,” he said. He estimates that accommodative monetary policy from the ECB over the last year has added about €25 billion to Germany’s economy through the cheapening of the single currency. 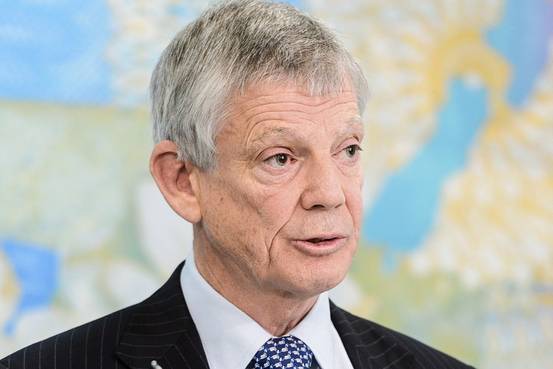 New Zealand Cuts Key Interest Rate to 3%. The Reserve Bank of New Zealand cut it key interest rate on Thursday and said further easing is likely. “A reduction in the [official cash rate] is warranted by the softening in the economic outlook and low inflation. At this point, some further easing seems likely,” Reserve Bank Gov. Graeme Wheeler said in a statement after cutting the OCR by a quarter percentage point to 3.00%.

Turkey’s Central Bank Holds All Interest Rates Steady. Turkey’s central bank on Thursday kept all interest rates unchanged for a fifth consecutive month, as political uncertainties and mounting national security threats continued to pressure the country’s weak currency and high inflation. The Monetary Policy Committee said in a statement on the Ankara-based central bank’s website that it kept the benchmark one-week repo rate at 7.5% and didn’t change the interest rate corridor, ranging from the overnight borrowing rate of 7.25% to the overnight lending rate of 10.75%–Dow Jones Newswires.

Philippine Central Bank: Inflation Outlook Manageable, Risks Broadly Balanced. The outlook for inflation in the Philippines remains manageable and risks are broadly balanced, allowing authorities a wide scope to adjust monetary policy as needed to ensure price stability, strong growth and respond to external shocks, the central bank said Thursday. Francisco Dakila, managing director for the monetary policy sub-sector, said at a Bangko Sentral ng Pilipinas’ briefing that inflation is projected to “inch up in the fourth quarter” as oil prices rebound and base-price effects abate, and will continue to rise in 2016 toward the mid-point of the 2%-4% target range–Dow Jones Newswires. 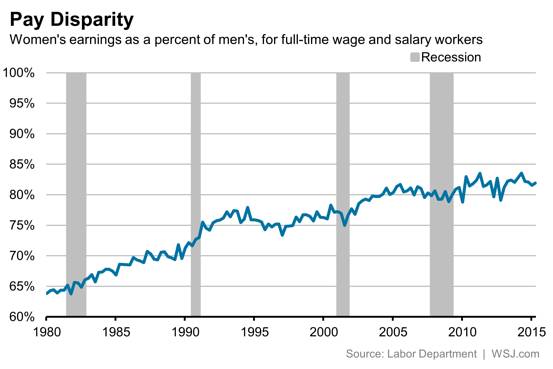 Forget the Bond Market. Former Fed governor Jeremy C. Stein and Adi Sunderam argue that focusing too much on the reactions of the bond market makes central banks act too gradually. “It can be valuable for a central bank to develop an institutional culture and set of norms such that a concern with bond-market volatility does not play an outsized role in policy deliberations. In other words, it can be useful for monetary policymakers to build a reputation for not caring too much about the bond market.”

Politicians Should Pay Heed to Productivity. The Journal’s Greg Ip writes that presidential hopefuls who want to boost wages should pay attention to productivity growth. “Though it resonates less with politicians and the public than a higher minimum wage or tax cuts, raising productivity in the long run is the most effective way to elevate standards of living. It enables more goods and services to be produced with the same number of workers.”

Sterling Strength May Test Bank of England’s Rate Appetite. Richard Barley notes in the Journal that a strong currency could weigh on inflation and alter the central bank’s rate calculus. “Markets now expect the first increase to come early in 2016. Were economic data to prove stronger than expected in coming months, a 2015 rate increase can’t be ruled out…But investors might yet have to curb their enthusiasm. A further significant rise in sterling could mean the market undermines its own expectations.”

Why Rules-Based Policy is a Good Idea. In testimony before the House Financial Services Committee Wednesday, Stanford University economist John Taylor endorsed rules-based monetary policy. “The finding that predictable rules-based monetary policy is essential for good economic performance comes from research by many people and from practical experience over many years in the United States and other countries. My own research going back more than four decades supports this view, and such a view has become embedded in macroeconomic theory.”

And Why It’s Not. Speaking before the same committee, former Fed vice chairman Donald Kohn disagreed. “Models and policy rules can be useful inputs for policy, but they are only inputs and cannot be relied on as hard guides to policy settings to achieve the Federal Reserve’s objectives. To be sure, policy has taken unexpected steps over the past seven years, but this was in response to unexpected developments. Moreover, the recovery from the financial crisis was disappointingly slow. But it would have been even slower had the FOMC not undertaken unconventional and sometimes unexpected policy actions.”

Are Low Interest Rates Deflationary? In a posting for the Bruegel think tank, Jérémie Cohen-Setton rounds up some recent discussion of Neo-Fisherism, or the proposition that low interest rates are deflationary rather than inflationary.

Existing-Home Prices Hit Record. The median sale price for a previously owned home was up 6.5% in June from the same month a year earlier to $236,400, the National Association of Realtors said Wednesday.