HILSENRATH’S TAKE: BANKS GET THROUGH THE FED’S LITTLE SHOP OF HORRORS 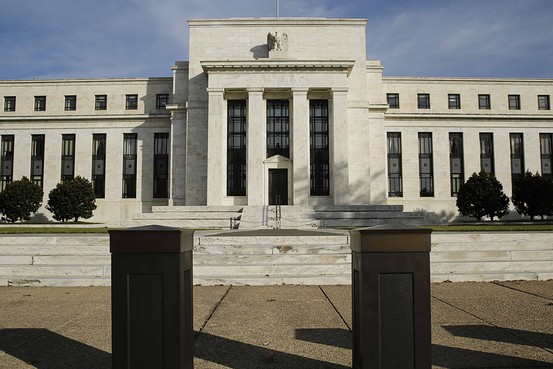 The Federal Reserve’s annual stress tests of the nation’s largest banks are a bit like a walk through a financial haunted house. The banks are never quite sure exactly what bone-chillers the Fed’s scare-managers will throw at them or from what angle – a surge in corporate bankruptcies, tumbling stock prices, roller-coaster market volatility, surging interest rates. The Fed’s goal is to examine whether the banks can get through a frightful walk in the dark with their balance sheets hypothetically unsoiled.

Banks complain it’s unfair that the Fed doesn’t disclose more about the scary scenarios it is examining, because they’ve got important matters on the line with these stress tests – namely pleasing shareholders with dividend increases and share buybacks.

Three of the biggest names on Wall Street – Goldman Sachs, J.P. Morgan and Morgan Stanley – had to make last-minute revisions to their dividend and buyback plans to get themselves through this year’s test with capital ratios intact. A fourth, Bank of America, got approval conditional on changes to its capital planning processes. That’s a testament to the fraught experience the stress test has become for banks and the knee-buckling last steps they have to take before they’re done.

The good news, though, is that all of the U.S. banks passed. (The U.S. units of Deutsche Bank and Santander Group didn’t.) The 31 firms tested had combined common equity of $1.1 trillion in the fourth quarter of 2014, up by $641 billion 2009. Let’s hope the rest of the financial system untouched by the Fed’s annual hazing ritual is just as resilient.

Fed Rate Rise is Overdue, says Bullard — FT.com. The end of the Fed’s  near-zero interest rate policy is overdue given the rapid pace of improvement in the jobs market, St. Louis Fed President James Bullard said in an interview with the Financial Times. Mr. Bullard said that the Fed risked holding fire too long on rate hikes given the tumbling unemployment rate. 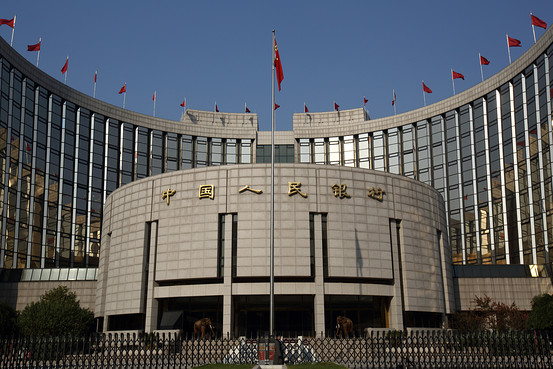 China Likely to Roll Out Deposit Insurance, Free Up Rates in 2015.  China should be able to roll out its planned bank deposit insurance program by the end of June and may remove all controls on interest rates by the end of this year, central bank Governor Zhou Xiaochuan said Thursday.

ECB’s Liikanen: QE Could Go Beyond Sept. 2016. The ECB’s quantitative easing program could go beyond the Sept. 2016 end date, said Governing Council member Erkki Liikanen Wednesday. “We will do these purchases until the end of Sept [2016]…or beyond if needed,” he said in a panel discussion in Frankfurt. –Dow Jones Newswires

Weale: BOE May Need to Raise Rates Sooner than Expected if wage growth in the U.K. continues to accelerate, Martin Weale, one of the Bank of England’s nine policy makers, said Wednesday. 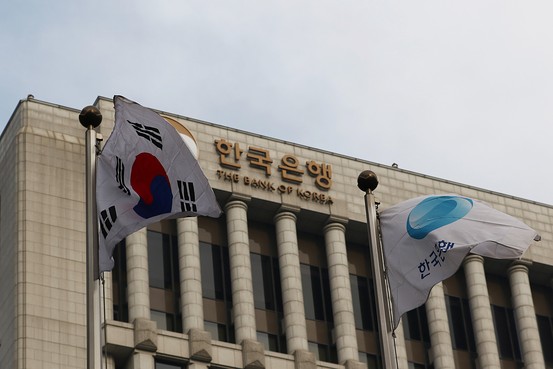 South Korea Cuts Interest Rate. The Bank of Korea joined a growing list of central banks to cut rates, as the dilemma between stoking growth and balancing high levels of debt tips in favor of the former.

Hungary to Decide on Rate Cut Based on March Inflation Report. Hungary’s monetary policy committee will decide whether to cut the policy rate to a new record low based on the central bank’s inflation and growth forecasts due later this month, the minutes of the central bank’s February rate meeting show. -Dow Jones Newswires

BOJ Helps Tokyo Stocks to Soar With Fund Purchases. The Bank of Japan’s aggressive purchasing of stock funds has helped Japanese shares climb to multiyear highs in recent months. But some within the central bank are growing uncomfortable about the fast-paced rally and the bank’s own role in fueling it.

Stronger-than-expected consumer spending on services is boosting estimates for U.S. economic growth in the final months of 2014. Revenue at health-care and social-assistance companies climbed 4.2% in the fourth quarter from the prior three months, up sharply from the third quarter’s 0.3% growth, the Commerce Department said Wednesday in its Quarterly Services Survey. The QSS can lead to big revisions for service-spending data between the Commerce Department’s second and third quarterly estimates for GDP. 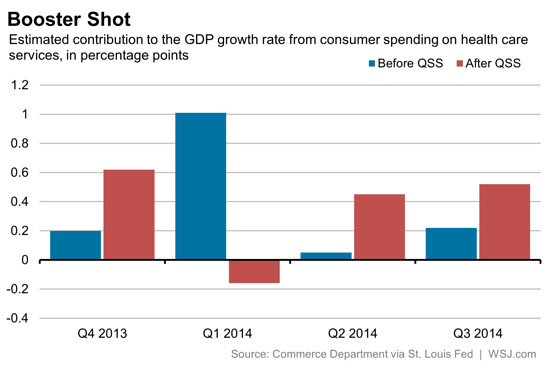 Like Your Job? The Stock Market Will Probably Like Your Company. Companies that employees report to be a good place to work have significantly outperformed the S&P 500 over the past six years. The data comes from Glassdoor Inc., an online job and company information website, which solicits anonymous employee reviews of employers. The employee ratings are aggregated and analyzed to produce an annual list of the best places to work, published since 2008. And it turns out that companies that were identified as good places to work generally outperformed the S&P 500 over the next year.

It’s Not a Currency War if Everyone Wins. “When the Fed began its second round of QE in 2010, it sent the dollar down sharply. Accusations of a global ‘currency war’ filled the air,” writes Greg Ip in the Wall Street Journal. “Yet focusing solely on the dollar’s fall gives a blinkered view. As the Fed bought bonds, their yields fell, and so investors rushed to other markets in search of better returns. While that pushed those countries’ currencies up, it also pushed their interest rates down and stock prices higher. This wasn’t always welcome, as some of those countries were combating inflation and asset bubbles. Nonetheless, the International Monetary Fund concluded the net effect of these impacts on the rest of the world was positive.”

The ECB’s QE Is Working Well. “Opponents of QE had argued not only that it was unnecessary but also that it would not do much,” writes Angel Ubide on the Peterson Institute for International Economics’ blog. “Long-term rates are already very low, these skeptics said, adding that because the euro area is more bank centric than the United States and the United Kingdom, the portfolio balance channel would not have as much impact as in those countries. The reality is that QE, as predicted, is working well, with most of its impact already being priced in.”

How Does QE Work? As Ben Bernanke observed, “The problem with QE is it works in practice, but it doesn’t work in theory.” Writing for the Bull Market blog, University College Dublin economist Karl Whelan looks at research that suggests one way in which the ECB’s recently launched program may be having an impact. “It appears that bond purchases worked through a pure “brute force” effect — when demand for a particular issue went up, the yield for that issue was affected without spilling over into other bonds,” he writes.

–China’s weakening economy got off to an anemic start this year by several key measures, underscoring the challenge facing policy makers in arresting a slide in the world’s second-largest economy.