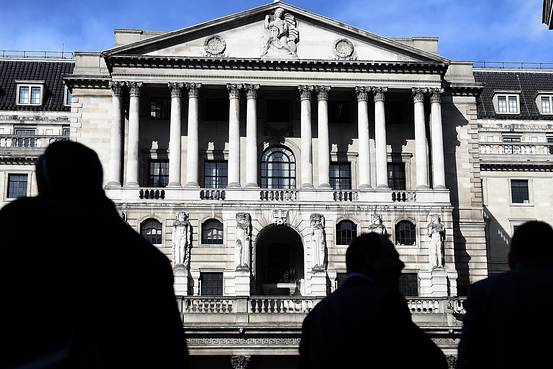 Bank of England officials have sent a couple of new signals about the prospects for inflation in the U.K., but still seem a long way from raising interest rates.

Minutes of officials’ April policy meeting, published Wednesday, were terse and to-the-point, running to only eight pages. The minutes usually run to something closer to 12 and are occasionally much longer.

But they offered investors a few interesting nuggets:

First, officials have decided they probably don’t need to worry that the recent spell of zero inflation in the U.K. will morph into a sustained fall in prices and hit spending. Central banks fret that falling prices prompt consumers to delay purchases but the BOE said it sees little chance of that in the U.K.

Second, officials have honed in on two things in particular when judging the outlook for inflation: The exchange rate and wages. Wage growth is still sluggish despite a sharp fall in unemployment and a buoyant economy. Officials reckon wage growth will have to speed up if they are to hit their 2% inflation target by early 2017 as expected.

On the flipside, officials said it’s possible a period of cheap imports from a strong pound is coming to an end. Imported goods prices are beginning to rise, which could cause a faster-than-expected rise in inflation next year once the effects of lower oil prices fade.

Third, the BOE sees news from the global economy as mixed. They were cheered by the pickup in the eurozone but disappointed by growth in the U.S. and China.

In all, the BOE seems calm as officials wait for clearer signs on where price pressures are coming from. Investors doubt the central bank will raise interest rates until mid-2016. 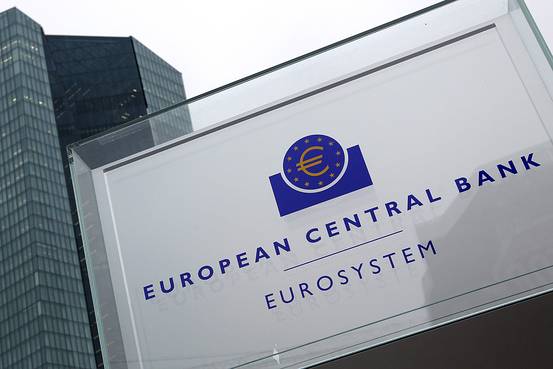 ECB Raises Ceiling on Emergency Lending to Greek Banks. The European Central Bank on Wednesday increased the amount of money Greek banks can borrow under an emergency lending program, extending a lifeline for the country’s banks as its government continues tense negotiations with its creditors over its bailout program. The ECB raised the amount the Greek central bank can lend its banks to €75.5 billion ($81.2 billion) from €74 billion the previous week, according to a Greek bank official.

ECB’s Praet Says Eurozone Getting Back on Growth Track. The eurozone economy is getting back on the growth track, as the European Central Bank’s monetary policies begin to take hold, the central bank’s chief economist said in remarks prepared for delivery Thursday. 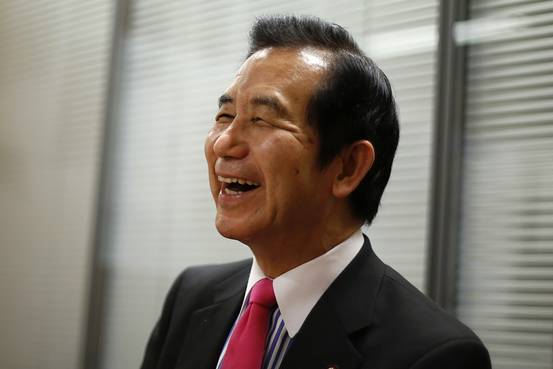 Abe Ally Says Bank of Japan Must Ease Again. The Bank of Japan needs to ease again at its upcoming monetary policy meeting to get consumers and businesses to become more optimistic and inclined to spend, a ruling-party lawmaker and ally of Prime Minister Shinzo Abe said.

BOJ Chief Says High Possibility of Hitting 2% Target in First Half FY2016. Bank of Japan Gov. Haruhiko Kuroda suggested Thursday that hitting the bank’s 2% inflation target could be delayed until the early autumn of 2016.  The country’s annual inflation rate is very likely to reach 2% by March of next year or “in the first half of fiscal 2016 or in early part” of that year, Mr. Kuroda said during a parliamentary session. The Japanese fiscal year runs from April through March — Dow Jones Newswires.

Top Japan Advisers Divided Over Further Monetary Easing.   Two of Japan’s biggest proponents of monetary easing are divided over whether further action is now necessary, as the country flirts with a return to falling prices two years after Bank of Japan Gov. Haruhiko Kuroda pledged to generate 2% inflation by this time.

Swiss Central Bank Move Causes Franc to Tumble. The Swiss franc fell sharply against the dollar and the euro on Wednesday after Swiss National Bank took further measures to discourage investors from holding the currency. The central bank said Wednesday it has expanded the number of groups subject to negative rates on money deposited with the SNB, adding the federal and central bank pension funds.

Turkey’s Central Bank Holds Rates Steady. The Monetary Policy Committee on Wednesday kept the benchmark one-week repurchase agreement rate at 7.5%. The central bank also took some additional measures to shore up the lira, but the currency fell more than 1% against the dollar, signaling the bank’s decision was disappointing and less hawkish than expected–Dow Jones Newswires.

Australia on Course for Growth Downgrade. Australia’s central bank is likely to nudge its economic-growth forecasts lower, some economists say, as commodity-price falls continue to hurt the resource-rich economy with no offsetting currency declines to cushion the blow.

RBNZ Assistant Gov: Monetary Policy Should Remain Stimulatory. New Zealand’s outlook for inflation is subdued and therefore monetary policy should remain stimulatory, Reserve Bank of New Zealand Assistant Governor John McDermott said in a speech Thursday. In March, the central bank kept interest rates on hold at 3.5% and said any future moves would depend on economic data. The next rate decision is due next Thursday–Dow Jones Newswires.

Deutsche Bank Set to Pay Record Fine in Libor Case. Deutsche Bank AG will as soon as Thursday announce a settlement of more than €2 billion ($2.15 billion) with regulatory authorities in the U.S. and Britain in response to charges its employees tried to manipulate interest rates, according to people familiar with the issue. The regulators have been investigating allegations that Deutsche Bank employees sought to manipulate the London interbank offered rate, or Libor, a benchmark for interest rates on trillions of dollars of financial contracts.

Fed Fails to Comply With Lawmakers’ Request for Names in Probe. The Federal Reserve has not replied to lawmakers’ request that it identify the individuals who had contact with a private consulting firm that published a report on the central bank’s market-sensitive internal policy deliberations.

New-Home Prices Are on Fire. Two different segments of the housing market are yielding two different price trends. When discussing Wednesday’s news that existing home sales climbed in March, National Association of Realtors chief economist Lawrence Yun said the 7.8% yearly rise in March’s median price was unsustainable. “This price gain of near 8% is not healthy, considering people’s incomes are only rising by 2%,” said Mr. Yun. “The only way to relieve housing cost pressure is to have more homes coming onto the market.” 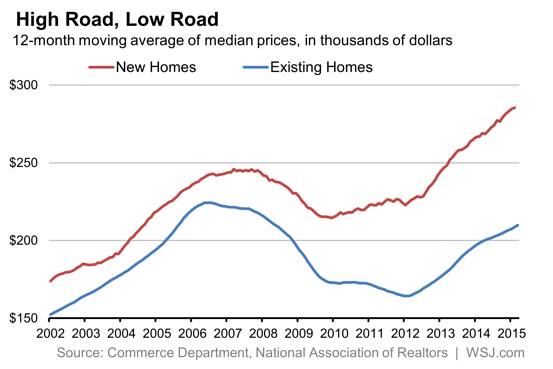 The Preferences of FOMC Members. Applying spatial voting models to the meeting transcripts of the Federal Open Market Committee, economists at Tilburg University find little variation in the behavior of members appointed by different presidents, or evidence that previous career paths affected preferences. “There may be less evidence in favour of systematic patterns in the preferences of FOMC members than previously thought,” the economists write in a posting for VoxEU. “The analysis suggests that a political appointment channel was not active or effective and also finds little scope for the effect of career experiences. The results are comforting for those concerned about the institutional design of the FOMC.”

Fed Should Consider Making Bond Buys Regular Policy Tool–Boston Fed Paper. The Fed should consider keeping bond buys as a regular tool of monetary policy rather than return to a more conventional policy relying just on setting short-term rates, a newly-released paper from the Federal Reserve Bank of Boston says.

Wall Street Watchdogs Should Prevent Crises, Not Build Buffers. The effort by financial regulators to ensure big banks and other financial institutions have adequate levels of capital is misguided since that will only help lessen the impact of a crisis, not prevent one. That’s the conclusion of Eric Tymoigne, an economist at Lewis & Clark College, in a presentation last week at the Levy Economics Institute‘s 24th Minsky Conference.

At Last, Eurozone Growth Gets in Gear. “The eurozone has got so many things wrong in the past few years, you may not have noticed that it has finally begun getting things right,” writes the Wall Street Journal’s Greg Ip. “Austerity is no longer a drag on growth, monetary policy is in overdrive, banks are healing, oil and the euro are cheap, and structural reforms are bearing fruit. While not exactly the world’s locomotive, the eurozone is no longer its caboose. Home free, then? Not quite. A political time bomb could still upend a perfectly good recovery as Greece lurches dangerously closer to default and a disorderly exit from the euro.”

Mythology that blocks progress in Greece. The latest crisis “will not end well if the people involved do not recognise they are clinging on to myths,” writes Martin Wolf in the FT. He offers six examples, “each of which poses intellectual and emotional obstacles to reaching a solution.”

Wealth Redistribution Fails Big Mac Test. In a new twist on the old Big Mac index of currency comparisons that turns its attention to wages, Eduardo Porter writes in the New York Times: “Real McWages — measured in terms of the number of Big Macs they might buy, declined over the first decade of the millennium widely across the industrialized world.”

Secular Stagnation is a Rich-Country Issue. Arvind Subramanian, chief economic adviser at India’s finance ministry wades into the ‘secular stagnation’ debate begun by Harvard University economist Larry Summers and taken up by former Fed chairman Ben Bernanke. He reminds the two economists that “secular stagnation is an ailment of countries at the economic frontier. For the rest of the developing world, the real worry is not a shortfall of demand; it is the need to sustain high rates of productivity growth so that they can catch up with the advanced economies.”

–The eurozone’s economy slowed slightly in April, but continued to grow at a faster pace than in recent years, according to surveys of purchasing managers.

–Eurozone consumer confidence weakened in April for the first time in five months, amid mounting concerns about the possibility that Greece will default on its debts and leave the currency area.

An initial gauge of China’s factory activity showed further weakness in April, slumping to a one-year low and defying government efforts to support the economy.

–Malaysia’s economy remains on a “steady growth path” and will expand between 4.5% and 5.5% this year driven by domestic demand, the country’s central bank chief said Thursday–Dow Jones Newswires.