Ask WSJ Central Banks: Dear readers, we are launching a new feature in response to your many questions. Please email your queries about the Fed, other central banks or broader economic topics to this address and we will select a few to answer publicly on a regular basis. Help us get started by sending them here: askcentralbanking@wsj.com

HANNON’S TAKE: ECONOMISTS NO LONGER SO NEGATIVE ON NEGATIVE RATES 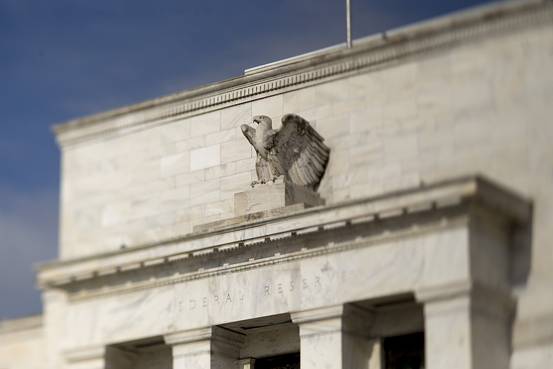 Is it time to make negative interest rates a standard part of the central banker’s tool kit? A surprisingly large number of economists seem to think so.

Even before they finally decide that the time is right for liftoff, central bankers in the U.S. and the U.K. have been making it clear that in this cycle, their key policy rates will rise only gradually, and peak at levels well below those that were considered normal before the financial crisis.

But what happens if the U.S. and U.K. economies enter a sharp downturn in the next few years? That’s not an unlikely turn of events, since in both cases the current economic expansion is already relatively long lived.

With growth slowing, and inflation likely remaining low, policy makers might quickly be confronted once again with what is known as the zero lower bound–or ZLB. Until recently, it was thought that policy rates could not go negative, because there would be an immediate flight to cash, which can be thought of as a zero-interest bearer bond.

But then some European central banks started to set policy rates marginally below zero, and there was no widespread flight to cash or massive disruption of the financial system, probably because it’s quite costly and risky to hold cash in large amounts.

That experience has led economists to question the existence of the ZLB. According to a survey released earlier this week, a significant minority of U.K. economists now think that “materially” negative interest rates could be an option for central bankers, where “materially” means between 2% and 3%. Right now, the Swiss National Bank and the Danish central bank have gone furthest below the putative ZLB with deposit rates of minus 0.75%.

So there may be an alternative to quantitative easing, a stimulus policy which has its own limitations and downsides. Of course, a majority of the economists surveyed still think negative rates are a bad idea, including Nobel laureate Christopher Pissarides of the London School of Economics, who views such an option as weakening both the transparency and simplicity of current monetary policy frameworks.

But the same can be said for QE, and it no longer seems as “unconventional” as it once did. 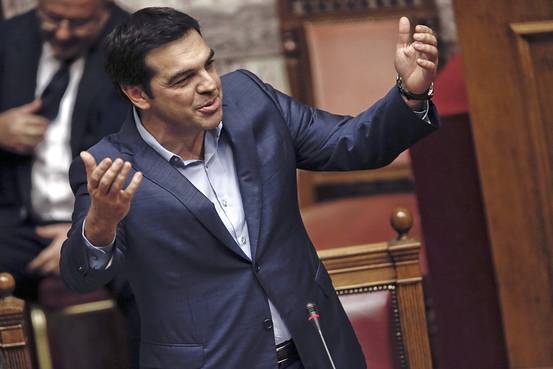 Greeks, Economists Part Ways On Benefits of Eurozone.  A gaggle of U.S. economists is arguing that Greece should leave the eurozone, seeing this as the only practical way to lift the pall of austerity that overhangs the Greek economy. Most Greeks want rid of austerity too but, according to opinion polls, think Greece should stay in the euro.

Eurozone Recovery Continued Despite Greek Worries. Growing worries that Greece might leave the eurozone contributed to a slight slowing of economic activity across the currency area in July, although surveys of purchasing managers released indicated the modest recovery continued.

Bundesbank’s Weidmann Voices Concern Over Bailout Fund. Germany’s central bank president Jens Weidmann said Thursday it may be difficult for policymakers to discern whether a euro member faces temporary liquidity problems, or deeper insolvency risks, complicating the use of the region’s bailout fund. Assistance to insolvent states would be difficult to reconcile with the Treaty’s no-bail-out clause if debt relief becomes necessary and public institutions have replaced private investors, Mr. Weidmann noted.

BOE’s McCafferty Says Don’t Wait Too Long on Rates–MNI. Bank of England officials shouldn’t wait too long to raise interest rates, one of the central bank’s nine rate-setters says. In an interview with MNI, Ian McCafferty says if officials want to keep inflation in check and fulfil their goal of ratcheting rates up slowly and gradually then “we need to be careful not to leave it too late.” –Dow Jones Newswires.

Mexico Meets its Elusive Inflation Target. After more than two decades trying, Mexico can finally declare victory over inflation. Annual inflation in Mexico eased to 2.76% in early July, its lowest level since 1970 when consumer prices began to be measured nationally. It’s also below the Bank of Mexico’s 3% target for a third consecutive month. As some South American peers struggle to keep prices down and developed-world counterparts from Japan to the U.S. worry that consumer prices won’t go up fast enough, the Bank of Mexico finally appears to have got inflation just right.

Brazil’s Central Bank to Meet Next Week Amid Escalating Inflation. Brazil’s central bank meets next week, when it will almost certainly raise the benchmark Selic interest rate for the 16th time in a little over two years in a bid to fight escalating inflation. The trouble is, prices aren’t cooperating. Brazil’s annual inflation rate recently hit 9.25%. That is more than double the official 4.5% target and up substantially from 6.5% when the bank started raising rates in April 2013. One reason is the central bank’s credibility problem. Many prices are going up now simply because Brazilians believe they will.—Dow Jones Newswires 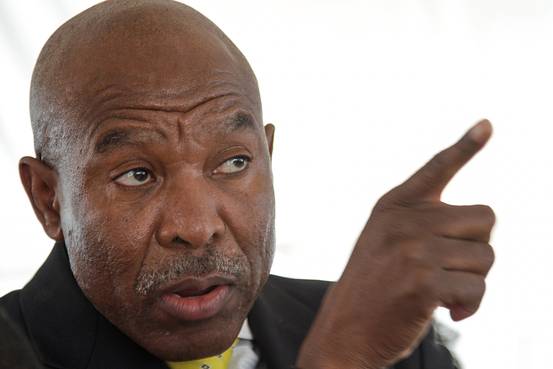 South Africa Raises Interest Rates. South Africa’s central bank raised its main interest rate on Thursday in an effort to curb persistent rising inflation. The South African Reserve Bank raised its key interest, or “repo”, rate by a quarter of a percentage point to 6%, in line with expectations from the majority of economists. The bank raised rates twice last year: by 0.50 point in January and by 0.25 point in July. Persistent slow economic growth has held back the bank from raising rates as high and as rapidly as Governor Lesetja Kganyago has said he would like.

Iran Says It Will Use Most Stranded Cash for Investment. Iran will spend most of the billions of dollars released under a nuclear deal in investments, a top financial official said Thursday. Speaking to reporters at a Vienna trade conference, Akbar Komijani, the deputy head of Iran’s Central Bank, said the country’s cash abroad is “primarily intended for investment, not for imported goods.” He cited projects in petrochemicals, natural gas, industry, mining, roads and construction that will “create jobs.”

China Promises Trade Support as Factory Activity Slows in July.  China promised more policies to bolster its embattled trade sector as a preliminary gauge of manufacturing activity showed new sluggishness in the economy.  The top government body, the State Council, issued a list of measures Friday to boost exports and imports, including restating its long-held policy of widening the currency’s trading band, as part of a broader effort to stabilize the economy and arrest a persistent slowdown.

IMF Wants More Overhauls as China Pursues Reserve Status for Yuan. The International Monetary Fund said it wants more financial-system overhauls from China as Beijing pushes for the IMF to label the yuan a reserve currency. The comments Thursday appear to mirror the U.S. position on China’s bid to have the yuan included in the IMF’s basket of reserve currencies: Washington has hedged its support, trying to leverage Beijing’s endeavor to encourage a stronger revamp of the financial sector.

Bank Indonesia Governor Says Will Continue to Guard Rupiah. Bank Indonesia will continue to guard the rupiah’s volatility but doesn’t aim to keep it at a certain level against the U.S. dollar, central bank Governor Agus Martowardojo said Friday, as the local currency fell to its lowest level in 17 years. “Bank Indonesia will be always in the market to guard the rupiah volatility to maintain the public confidence in our currency. But we don’t defend the rupiah at a certain level [against the dollar],” Mr. Martowardojo told reporters. But, he declined to confirm if the central bank sold dollars in the market lately–Dow Jones Newswires.

Why Investors Shy Away From China’s $6.4 Trillion Bond Market. As China throws open the doors to its vast bond markets, foreign investors aren’t coming in—just yet. Foreigners own less than 3% of Chinese bonds. That pace speaks to the challenges foreign investors still face in entering the world’s third-largest bond market. Its fragmented structure, with a web of regulators and policies, remains difficult for global investors to navigate.

Does it Matter Who Your Parents Are? The Fed’s Jeff Larrimore studies the impact of parents’ education on the incomes of young adults. “One’s starting point matters in determining economic outcome on a wide range of measures, including educational attainment, institution attended, and income as a young adult. However, despite the strong relationship between parental education and one’s own outcomes, the survey suggests that individuals from a range of backgrounds feel that they are improving financially when compared to their parents.  Additionally, there remains a general level of optimism throughout the socioeconomic distribution that this advancement will continue into the next generation.”

China Wind Chills U.S. Earnings. The Journal’s Justin Lahart looks at company earnings reports indicating that China’s economic growth may not be as strong as the official 7% figure suggests. “Results this week from companies doing business in China suggest the environment softened rather than stabilized in the second quarter. Meanwhile, other companies are struggling with an influx of Chinese goods in their markets that are pushing down prices. The risk is that amid high indebtedness, declining property values and an unsettled stock market, China’s government will struggle to continue propping up growth. That could further weigh on corporate results for scores of U.S. companies in the quarters to come.”

Moving on From The Euro. Kevin O’Rourke assesses the European Monetary Union experiment and comes away pessimistic. “It has been obvious for some years that the “actually existing EMU” has been a costly failure, both economically and politically. Trust in European institutions has collapsed, and political parties skeptical not just of the euro, but of the entire European project, are on the rise. And yet most economists, even those who were never keen on EMU in the first place, have been reluctant to make the argument that the time has come to abandon a failed experiment,” he writes. “Perhaps it is time to admit defeat and move on.”

Why the Greek Deal Will Work. Anatole Kaletsky, however, is more upbeat. “On paper, the Greek bailout will impose a fiscal tightening, thereby aggravating the country’s economic slump. In practice, however, the budget targets will surely be allowed to slip, provided the government carries out its promises on privatization, labor markets, and pension reform. These structural reforms are much more important than fiscal targets, both in symbolic terms for the rest of Europe and for the Greek economy. Moreover, the extension of ECB monetary support to Greece will transform financial conditions: interest rates will plummet, banks will recapitalize, and private credit will gradually become available for the first time since 2010.”

Jobless Claims Fall to Lowest Level Since 1973. The number of U.S. workers filing initial applications for jobless benefits fell by 26,000 to a seasonally adjusted 255,000 in the week ended July 18, the Labor Department said Thursday, a 41-year low.