Debates about financial stability and macroprudential polices are all the rage these days with market and central bank types. It stands to order then, that Fed policy makers must have spent a long time discussing financial stability concerns during their June meeting. Right? A word search of the meeting minutes suggests otherwise – the only time the term comes up is in the title of an official in charge of that area.

The group did discuss financial conditions, the minutes said, focusing on “whether some recent trends in financial markets might suggest that investors were not appropriately taking account of risks in their investment decisions.  In particular, low implied volatility in equity, currency, and fixed-income markets as well as signs of increased risk-taking were viewed by some participants as an indication that market participants were not factoring in sufficient uncertainty about the path of the economy and monetary policy.” And the group noted, “where appropriate, supervisory measures should be applied to address excessive risk-taking and associated financial imbalances.”

The meeting occurred just two weeks before Fed Chairwoman Janet Yellen made clear in a speech she sees a very high bar for using interest rates to address possible asset bubbles, and would much prefer to use more targeted tools such as leverage and margin requirements. Ms. Yellen was also clear that such worries were not pressing:  “I do not presently see a need for monetary policy to deviate from a primary focus on attaining price stability and maximum employment, in order to address financial stability concerns.”

To be sure, she conceded that if regulatory and supervisory approaches to containing market excesses fail, she could not rule out using monetary policy – a nod to her former Fed colleague Jeremey Stein, who spent his two years at the Fed advocating that stance. At the same time, for all the lessons that emerged from the crisis about financial and economic linkages, policy makers still appear much more focused on the economic outlook than the vagaries of asset markets. In an environment where, despite improving indicators, the Fed is still falling short of both its employment and inflation goals, that’s probably a good thing.

What do the economic tea-leaves suggest? The volatility of the data at the very least points to continued uncertainty, something Ms. Yellen has highlighted. And until she is sure gains in the labor market and inflation can be sustained, she is unlikely to rally the troops around an interest rate increase.

Rate Debate Heats Up Among Fed Officials. A debate is intensifying among the Fed’s regional bank presidents about whether to push interest rates up from zero sooner than planned because of recent improvements in the U.S. job market. “We have made more progress toward our unemployment goals than we would have thought” earlier this year, John Williams, president of the Federal Reserve Bank of San Francisco, said in an interview with the Journal. This “suggests that monetary policy can safely start the process of normalization a touch earlier” than previously expected, he said.

Plosser Says Fed Must Begin Preparing Markets For Coming Rate Rise. Philadelphia Fed President Charles Plosser said Friday in an interview with the Journal the Fed should start preparing markets for increases in short-term interest rates that may come sooner than many currently expect.

Lockhart Still Sees First Fed Rate Boost Some Time in 2015. Atlanta Fed President Dennis Lockhart said Friday he still believes the Fed is likely to start raising rates in the second half of next year.

Not Enough U.S. Workers Quitting. There’s something good about quitting. But not enough workers have been doing it. The U.S. economy has been too weak for many workers to undertake the sort of job-hopping that economists say is critical to building careers and advancing the nation’s long-run growth prospects. The lack of labor market churn is among Fed Chairwoman Janet Yellen’s leading concerns about the economy as she delivers the Fed’s semiannual report to Congress Tuesday and Wednesday.

Bank of Canada Chief Looking Beyond Models to Probe Economic Challenges. Central bank economic models failed to foresee the storm that devastated the global economy in 2008. Stephen Poloz, the head of Canada’s central bank, is trying an alternative approach he thinks will have better foresight: Talking to actual human beings. Since taking over in June 2013, Mr. Poloz has pushed staff and himself to look beyond models for on-the-ground evidence to understand Canada’s economic challenges.

At Bundesbank, a New Approach to Transparency. Bundesbank President Jens Weidmann reassured thousands of Germans who attended a weekend festival on the bank’s grounds that interest rates won’t stay at their current record lows any longer than absolutely necessary. However, he reminded visitors–who flocked to the headquarters of the country’s revered central bank for a two-day extravaganza of food, music and children’s games mixed with serious policy talks—that Germany must make some concessions as a member of an 18-member currency bloc.

Bundesbank Chief Insists on Strict Budget Rules.  Bundesbank President Jens Weidmann insists on strict budget rules for euro-zone countries, fearing a return of the debt crisis, according to an interview in Welt am Sonntag on Sunday. –Dow Jones Newswires.

Bank of Mexico Keeps Key Interest Rate at 3%. The Bank of Mexico stood pat on interest rates, as expected, saying that economic growth appears to be gaining pace while the outlook for consumer prices remains favorable.

China to Regulate Banks’ Wealth-Management Products. China’s banking regulator imposed fresh requirements on banks to keep their wealth-management product business in check, in another step to tighten its grip on a once-loosely regulated part of the shadow-banking business.

Central Banker Says Australian Dollar Overvalued. Investors may be underestimating the risk of a “material decline” in the Australian dollar, the governor of Australia’s central bank was quoted as saying in an interview with the Weekend Australian. 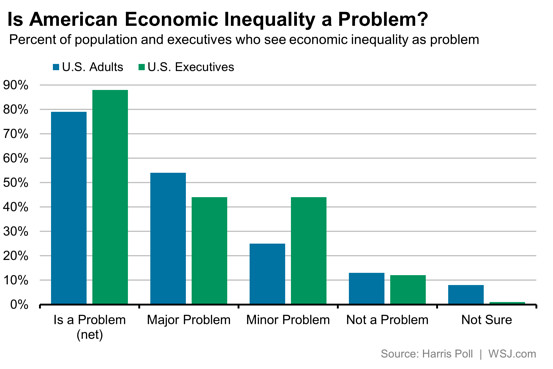 -Fed’s Yellen testifies before the Senate Banking Committee at 10 a.m. EDT in Washington

-Fed’s Yellen testifies before the House Financial Services Committee at 10 a.m. in Washington

-The Philippines’ central bank releases minutes from its June 19 meeting

-Bank of Japan releases minutes from its June 12-13 meeting

Labor Market Transitions and the Availability of Unemployment Insurance. Federal funding for extended jobless benefits contributes to a higher unemployment rate, and eliminating those extended benefits leads to more labor-force dropouts, Boston Fed economist Katharine Bradbury writes in a new working paper. “The main finding is that unemployed job losers tend to remain unemployed until they exhaust UI benefits, at which point they become more likely to drop out of the labor force; transitions to a job appear to be unaffected by UI benefit extensions.”

Professional forecasters expect the U.S. economy to resume growing following its unexpected first-quarter contraction, but caution is warranted, writes Kevin Kliesen in an essay published by the St. Louis Fed. “Although history suggests there is a one-third chance that the second quarter of 2014 will eventually be determined to be the onset of a recession, a key determinant — tighter monetary policy — is not a significant factor in this current episode. That said, like nearly all recessions, the next recession will catch nearly all forecasters, economists, and policymakers by surprise.”

– Dallas Fed President Richard Fisher is among the front-runners for the post of chancellor of the University of Texas System, The Dallas Morning News reported Friday. The Dallas Fed had no comment.

-Canada unexpectedly shed jobs in June, leading analysts to suggest the Bank of Canada will likely refrain from talk of higher interest rates until job creation picks up and economic growth stabilizes.

-Malaysia’s central bank raised its policy rate to 3.25% from 3% “amid the firm growth prospects and with inflation remaining above its long-run average.”

-The Russian central bank announced that the new ruble symbol has been included in the Unicode, a commonly used encoding system that transforms computer language into characters and specifies the way text looks on electronic devices.