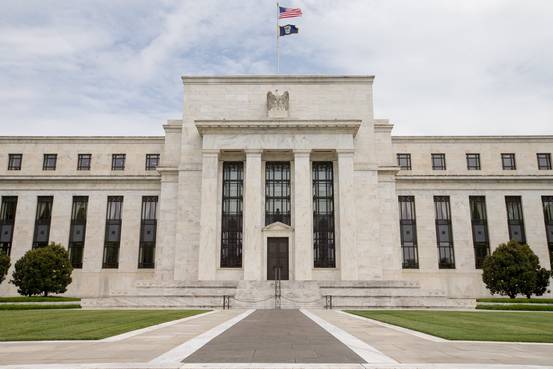 U.S. gross domestic product numbers released Thursday conform to the Federal Reserve’s view that the economy stabilized after a disappointing first quarter, and thus likely keeps the central bank on a path to raise short-term interest rates as early as September.

The report makes it more likely that the Fed’s growth forecasts will hold up for 2015. With the Commerce Department’s upward revisions to first quarter output, the economy needs to grow at a 2.3% pace in the second half of the year to reach the Fed’s projection of 1.9% growth for the year as a whole, said Roberto Perli, an economist at research firm Cornerstone Macro. The Fed will update its forecasts for the economy in September and it is in a better position to act if it isn’t revising down growth projections.

Consumer prices, excluding food and energy, rose at a 1.8% annual rate in the second quarter. That is below the Fed’s 2% target but firmer than earlier months and firmer than many private analysts expected. It thus helps Fed officials gain confidence that inflation is stabilizing and could be poised to inch higher from low levels. The annual rate of core inflation was 1.3%, in line with the Fed’s projection for the year. Again, it will help officials make an argument for a rate increase if they don’t have to revise projections down in September.

The latest growth numbers factor into longer-term strategic issues facing the central bank. Revisions to earlier data show the economy expanded at a 2% pace between 2012 and 2014, 0.3 percentage point less than prior estimates. This supports the view that the economy has emerged from financial crisis with an exceptionally slow underlying growth trend. The fact that the jobless rate is falling at a time of very slow economic growth supports the diagnosis that the economy has low growth potential, a function of slow worker productivity growth and labor force growth. Slack in labor markets can get eaten up quickly in this kind of environment.

How should the Fed respond to an economy with low growth potential? Mr. Perli said it supports the view that the Fed might want to start raising interest rates soon—to prevent inflation pressures from building as slack recedes — but then proceed at a very slow pace because a slow-growing economy can’t bear very high rates.

Modest U.S. Economic Growth. Gross domestic product grew at a 2.3% seasonally adjusted annual rate in the second quarter, the Commerce Department said Thursday. The latest figures repeat a common pattern in recent years: a slump at the start of the year, followed by a bounce back in the spring and summer. That has worked out to mediocre growth over the past six years, with no sustained breakout for the economy since the end of the recession in 2009.

The Expansion Just Got Weaker. 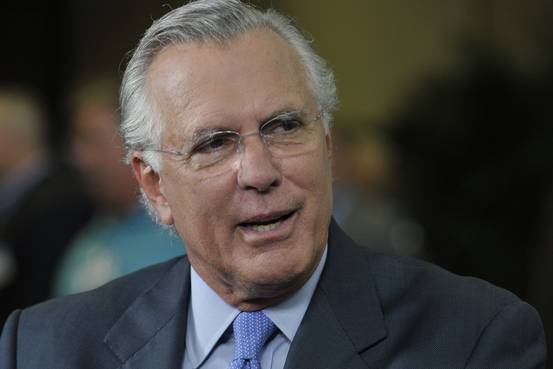 Dallas Fed Struggles to Fill Fisher’s Shoes. The Federal Reserve Bank of Dallas is taking its time picking a new president, leaving the position vacant for more than four months and leaving the institution without a strong public voice at a time of intense debate over when the central bank should start raising interest rates. Former president Richard Fisher stepped down March 19, leaving the bank’s first vice president Helen Holcomb to serve as interim president. His exit was long anticipated: he faced mandatory retirement due to his age.

Democrats Up Pressure over Fed, Other Nominees. The Democratic members of the Senate Banking Committee this week tried to turn up the heat on Chairman Richard Shelby (R., Ala.) for his failure to move a number of key financial nominations through his committee, including two candidates for the Fed board. “It is our understanding that the Banking Committee is the only committee in the Senate that has yet this year to hold a hearing on nominees,” they write. Mr. Shelby has indicated he’s in no rush.—Dow Jones Newswires.

Eurozone Inflation Subdued as Unemployment Rises. Consumer prices in the eurozone barely rose from a year earlier in July, while the number of people without work increased in June, both signs that the European Central Bank’s bond purchase program has yet to have its desired effect. 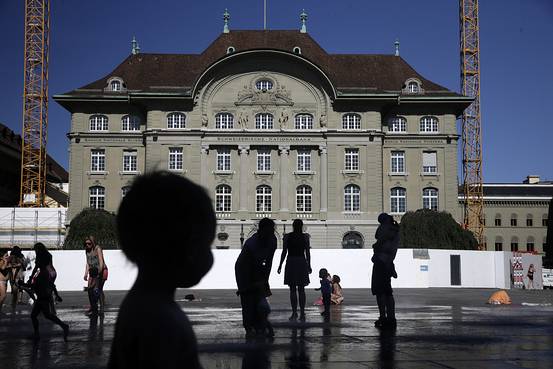 SNB Reports Huge Loss as Strength of Swiss Franc Erodes Value of Euro Reserves.  Switzerland’s central bank posted a loss in the first half of the year after its decision to scrap a long-standing cap on the strength of the Swiss franc caused the currency to soar, eroding the value of its euro reserves.

Bank of Russia Cuts Interest Rates Again. The Bank of Russia cut interest rates Friday for the fifth time this year, citing economic risks, but declined to commit on whether there would be further monetary easing. The central bank slashed the key rate by 50 basis points to 11%, in line with the market consensus, taking its total cuts so far this year to six percentage points–Dow Jones Newswires.

Mexico’s Central Bank Holds Rates Steady. The Bank of Mexico stood pat on rates Thursday for a ninth consecutive meeting in a moment of slow economic growth and low inflation, while authorities took new measures to support a weak peso through increased dollar auctions. The foreign exchange commission, formed by officials of the central bank and the Finance Ministry, said it’s increasing the amount of dollars to be sold at auctions to address continued exchange market volatility.

India’s Central Bank Will Likely Leave Main Interest Rate Unchanged Next Week. The Reserve Bank of India will likely leave its main interest rate unchanged when it reviews its monetary policy on Tuesday, economists say, as contradictory data fail to provide a clear picture of the health of Asia’s third-largest economy.  As RBI Governor Raghuram Rajan prepares for his 12th rate-setting session since taking over the top job at the bank, 11 analysts polled by The Wall Street Journal unanimously predicted he will keep the repurchase-agreement rate at 7.25%–Dow Jones Newswires.

Budget Battles and Debt Drama Set to Return to U.S. A budget impasse looms this fall as Republicans and Democrats remain at odds over how to fund the government next year, says Joel Prakken, chairman of economic forecasting firm Macroeconomic Advisers, in a new report. Congress will also need to raise the debt ceiling as soon as late October. “We’re moving back to the environment we had in 2011 and 2013 when we were passing these stopgap measures because we couldn’t decide what we were going to do,” he said. 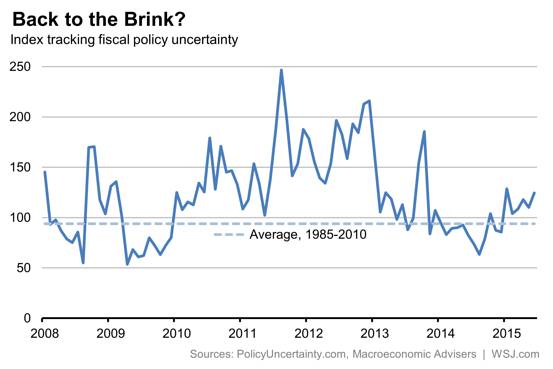 The Wealth Gap Between Young and Old Families Has Widened. It’s not surprising that older families have accumulated more wealth than younger ones, but that gap has been spreading, write St. Louis Fed researchers. “The median wealth of old families rose from just under $150,000 in 1989 to about $210,000 in 2013, an increase of about 40 percent. On the other hand, the median wealth of a middle-aged family declined about 31 percent (from $154,000 to $106,000) over the same period. The median wealth of a young family dropped 28 percent from $20,000 to just over $14,000. The Great Recession played a role in the widening gap. The median wealth of old families dropped 16.7 percent from 2007 to 2013. However, young and middle-aged families experienced much larger drops, with wealth declining 35.5 percent and 47.3 percent, respectively, over the same period.”

The Best Banking System. Creating the Fed was “a lousy idea,” writes George Selgin, and one that could still be reversed. “The fact that the Fed won in 1913 doesn’t mean that other, rejected options aren’t worth recalling.  Still less does it warrant treating the Fed as sacrosanct.  History isn’t finished.”

Middle-Class Incomes. Martin Feldstein casts doubt on the idea that middle-class incomes are stagnating. “We should not lose sight of how well middle-income families have actually done over the past few decades. Unfortunately, the political debate is distorted by misleading statistics that grossly understate these gains. For example, it is frequently said that the average household income has risen only slightly, or not at all, for the past few decades. Some US Census figures seem to support that conclusion. But more accurate government statistics imply that the real incomes of those at the middle of the income distribution have increased about 50% since 1980. And a more appropriate adjustment for changes in the cost of living implies a substantially greater gain.”

Canada Could Be In Recession. The Canadian economy shrank 0.6% on an annualized basis in the first quarter, and the Bank of Canada this month cut its second-quarter forecast to a contraction of 0.5%.

Vietnam is on track for a firmer recovery, with both trade and industrial production growing steadily while inflation remains well under control.

The Reserve Bank of India is issuing a 10-rupee coin to mark the International Day of Yoga.