Grand Central: Here’s What the Pros Are Saying About the Fed Ahead of Policy Meeting – Real Time Economics

HILSENRATH’S TAKE: HERE’S WHAT THE PROS ARE SAYING ABOUT THE FED AHEAD OF POLICY MEETING 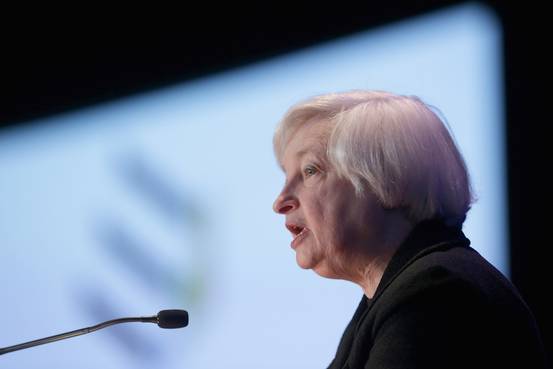 The Federal Reserve’s two day policy meeting concludes today. Here is a rundown of market commentary that preceded the decision, with our take on it:

Louis Crandall, of Wrightson ICAP, notes this week’s Fed policy statement will mark a milestone in Fed interest rate guidance. “The Fed will finally retire its calendar-based forward guidance and make the transition to a data-dependent, meeting-by-meeting approach. That inevitably implies greater uncertainty about the outcome of individual meetings, but does not necessarily imply greater overall uncertainty about the medium-term outlook for Fed policy.” OUR TAKE: The Fed left the last remnant of calendar-based guidance in its March statement, saying it wouldn’t act in April. Now it is gone and we live in a data-dependent world.

Michael Feroli of J.P. Morgan expects the Fed to definitively state that economic activity slowed in the first quarter, but to attribute it in part to transitory drags. Labor market indicators could be judged to be mixed, but on balance to have improved further. The inflation discussion should be largely unchanged relative to the March discussion. OUR TAKE: This is the consensus view.

Roberto Perli, of Cornerstone Macro, says investors shouldn’t get caught up in tweaks the Fed makes to the first paragraph of its statement, where it updates its assessment of the economy’s recent performance. “Those words are unlikely to tell us something we don’t already know. Conversely, it’s what neither we nor the (Fed) know at this stage that will determine when and at what pace the Fed will raise rates. In particular, two key data releases – the employment cost index and personal consumption expenditure inflation index – will come out on Thursday.” OUR TAKE: The first paragraph is the main section where anything will change in the statement. That’s why it will get the attention not only of investors, but also reporters looking for a new thread to write.

Lewis Alexander, Nomura Securities economist, notes that barely 5 ½ weeks have elapsed since the Fed’s last meeting and officials haven’t had much new information to digest since then. As a result, he says, he doesn’t see the Fed shifting its medium term outlook. OUR TAKE: This is one of the shorter meeting cycles for the Fed this year.

Jan Hatzius, chief economist at Goldman Sachs, expects the Fed’s forward guidance on interest rates to remain unchanged, apart from removing the reference to the April meeting. That means no rate increases until the Fed is reasonably confident inflation will rise toward 2% and as long as the job market keeps improving. He sees no dissents, even though Richmond Fed President Lacker has indicated he would like to be hiking rates. OUR TAKE: It would look funny for Mr. Lacker to dissent if the GDP numbers released Wednesday are very soft, as expected. He didn’t dissent last time. 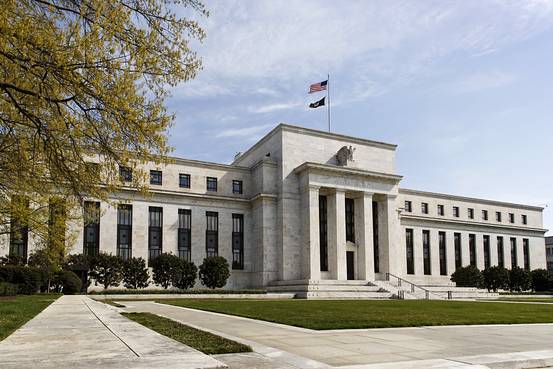 Five Things to Watch at This Week’s Fed Meeting. Don’t expect any clear signals out of this meeting about the timing of the Federal Reserve’s first interest rate increase. The Fed will probably repeat that it won’t start lifting borrowing costs until it sees more improvement in the labor market and is reasonably confident inflation will move toward its 2% target. Beyond that, any changes in its post-meeting statement could be very subtle. Here are five key areas to focus on.

2% Inflation Rate Target is Questioned—The New York Times. As the Fed  prepares to start raising its benchmark interest rate later this year to keep future inflation from exceeding 2%, it is facing persistent questions about the wisdom of its target and the possible benefits of significantly raising it, the New York Times reports.

Sens. Warren and Vitter Seeking to Curb Fed Crisis Lending—Bloomberg. Elizabeth Warren and David Vitter, senators at opposite ends of the political spectrum, are collaborating on legislation to further curb the Fed’s authority to bail out banks in a crisis, according to two people familiar with the matter. They are seeking to define more clearly when a bank is solvent, and thus eligible for funding, limit the length of time a firm can borrow and set penalty rates of interest on emergency loans, said the people, who asked not to be named because the talks are private.

Eurozone Inflation Expectations Rise.  The European Central Bank appears to be winning its battle to persuade households and consumers that inflation will pick up over coming months and years. 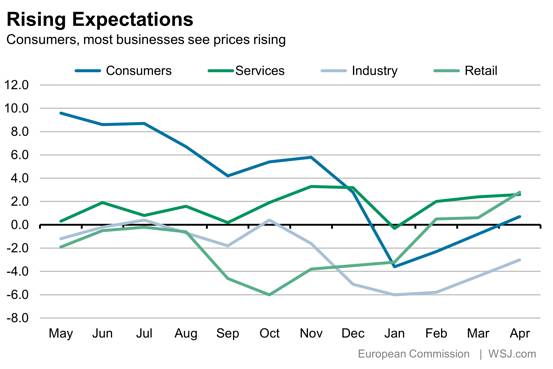 ECB’s Weidmann: Greek Debt Situation Remains ‘Precarious.’ In a stinging rebuke to the stance taken by the Greek government, Bundesbank President Jens Weidmann gave a passionate defense of the program of fiscal prudence that his country has promoted throughout Europe, even against heavy opposition.

BOC’s Poloz Sees No Housing Bubble. Canada’s top central bankers attempted on Tuesday to assure Canadian lawmakers that the country’s real-estate market wasn’t caught in bubble territory.  “We don’t believe we are in a bubble,” said Bank of Canada Governor Stephen Poloz. Mr. Poloz also repeated his upbeat economic outlook, saying he believes the damage inflicted by lower oil prices will be intense, but short-lived—a view questioned by some economists. 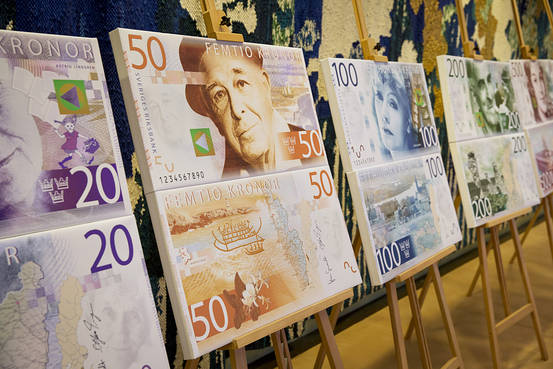 Polish Central Banker: Interest Rates Could Stay Unchanged for 20 Months. Poland’s interest rates could stay unchanged for 20 months or more depending on the health of the economy, a member of the central bank’s monetary policy council said. The European Union’s largest emerging economy can grow at an annual rate above 4%, as it has in previous years, without creating imbalances or stoking excessive price inflation, Jerzy Osiatynski said in an interview.

Why New Homes Have Become More Expensive: They’re Much Bigger. Prices of new homes have zoomed higher over the past few years. One big driver: the growing size of the American home. Economists at CoreLogic last year concluded that around half of the 18% gain in new-home prices between 2010 and 2013 stemmed from changes in the size and quality of new homes, which are laden with more amenities such as fireplaces, walk-in closets, and additional rooms. 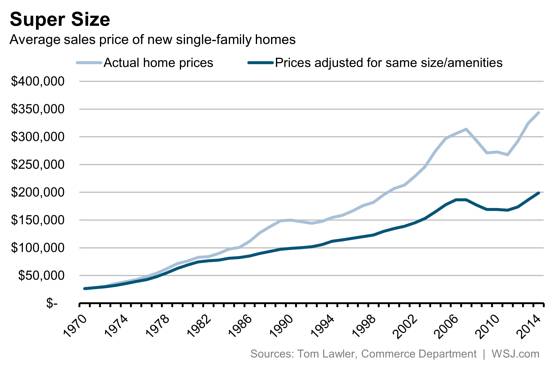 Still Lots of Slack in U.S. Labor Market—IMF Paper. There is still plenty of room for improvement in the U.S. job market despite recent strides, according to a new working paper from the International Monetary Fund. “Labor market slack remains, although it has closed considerably over the course of the recovery,” write Ravi Balakrishnan, Mai Dao, Juan Solé and Jeremy Zook. “This slack goes beyond that signaled by the unemployment rate, and takes account of the labor force participation rate being below trend and many employees working part time involuntarily.”

Bernanke’s Rule: There Are No Rules. Former Fed Chairman Ben Bernanke’s latest blogpost takes aim at Stanford University economist John Taylor’s notion that the central bank should announce a mathematical formula it intends to follow when setting interest rates. “Monetary policy should be systematic, not automatic. The simplicity of the Taylor rule disguises the complexity of the underlying judgments that [Fed] members must continually make if they are to make good policy decisions,” Mr. Bernanke writes. He concludes: “I don’t think we’ll be replacing the FOMC with robots anytime soon. I certainly hope not.”

–U.S. consumers are feeling less upbeat about the economy this month amid a slowdown in job creation and worries about the near-term outlook.

–The European Central Bank on Wednesday increased the amount of money Greek banks can borrow under an emergency lending program, extending a lifeline for the country’s banks as its government continues tense negotiations with its creditors over its bailout program.

–Ireland’s government set out its program for life after austerity in the form of a five-year plan that will see some tax cuts, as well as increases in spending that may include pay raises for public-sector workers.