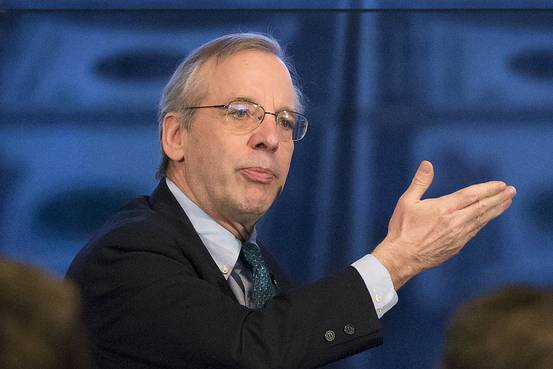 William Dudley’s remarks at the Bloomberg Americas Monetary Summit Monday underscore the Federal Reserve’s new trepidation about the U.S. economic outlook. In a speech, the New York Fed president acknowledged doubts about the outlook and subtly suggested the Fed might hold off on raising interest rates this year if his forecast of progress on growth, employment and inflation fails to materialize.

Central to his concern are two shocks that hit the global economy in recent months – steep increases in the value of the dollar and a sharp decline in the price of oil. Both developments send hopeful signals. Falling oil prices, like a tax cut, support consumer spending. A rising dollar underscores the world’s faith in the U.S. economy. But Fed officials are focused now on the short-term disruptions these developments can produce.

“While I am relatively optimistic about the growth outlook for 2015, I also must acknowledge that there are some significant downside risks,” Mr. Dudley said. “In particular, the roughly 15 percent appreciation of the exchange value of the dollar since mid-2014 is making U.S. exports more expensive and imports more competitive.  My staff’s analysis concludes that an appreciation of this magnitude would, all else equal, reduce growth of real GDP by about 0.6 percentage point over this year. Some of the recent softness in indicators of manufacturing activity is likely a reflection of this development.”

He continued, “Additionally, the decline in energy prices, while helping to support household spending, will adversely impact business investment. The support to growth from rapidly rising U.S. oil production almost certainly will fade due to the oil price decline.  Now, with prices sharply lower, U.S. oil exploration and drilling activity is falling off very sharply, and this will undoubtedly exert a meaningful drag on economic activity.”

In March, 15 of 17 Fed officials said they expected to raise short-term interest rates this year. Mr. Dudley on Monday categorized this as a hope.

“When, hopefully, the data support a decision to lift off later this year, it does not mean that U.S. monetary policy will be tight,”  he said.

There’s not a lot of conviction in that statement. As The Wall Street Journal reported last week, the likelihood of a June rate increase is falling. Many investors and Fed officials are looking toward September — or perhaps even later this year — for a first move. With each disappointing data point in the months ahead, those expectations will keep getting pushed out. 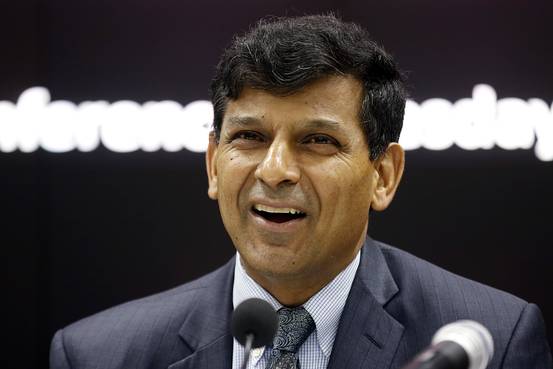 Q&A: India’s Rajan is Looking for More Room to Cut Rates. In an exclusive interview, Reserve Bank of India Governor Raghuram Rajan signaled he is keeping his options open for additional reductions in benchmark interest rates. The central bank has cut rates twice this year and could cut them further if it sees more signs that inflation is easing, Mr. Rajan told The Wall Street Journal on the sidelines of the International Monetary Fund’s spring meetings. 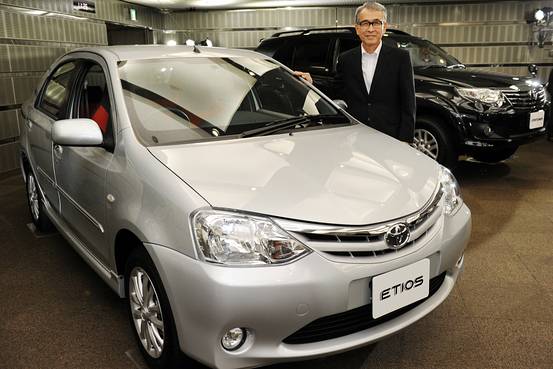 Ex-Toyota Executive Tapped as New Bank of Japan Board Member. Japanese Prime Minister Shinzo Abe on Tuesday nominated a senior adviser to Toyota Motor Corp. as a candidate to replace a departing Bank of Japan policy board member.  Yukitoshi Funo, whose stance on issues such as monetary policy is little known to financial markets, is 68 years old and a former Toyota executive.

Fed’s Dudley: Economic Outlook Too Cloudy to Predict Rate Rise Timing. New York Fed President William Dudley said Monday he hopes the economy’s weakness this year will prove temporary. But, he said, “the economic outlook is uncertain” so he couldn’t say when the Fed will start raising short-term interest rates.

Volcker Outlines Plan for Overhauling Financial Regulation. Former Federal Reserve Chairman Paul Volcker outlined a new plan for revamping the way the U.S. government oversees the financial system. He and his think tank, the Volcker Alliance, called for consolidating and reorganizing U.S. financial regulators, including creating a single agency to supervise financial institutions while leaving the Fed the authority to write regulations for them.

Five ways Volcker would change oversight of the financial sector.

Chatty Former Chairs Turn Up Fed Policy Noise. Mr. Volcker is the latest former Fed chairman to chime in on central bank policy. Mr. Volcker on Monday lamented the Fed’s large balance sheet, which grew rapidly after the 2008 financial crisis when Ben Bernanke was chairman and Janet Yellen was vice chairwoman. His comments come less than a week after Mr. Bernanke suggested in his blog that the Fed should consider maintaining a large balance sheet. 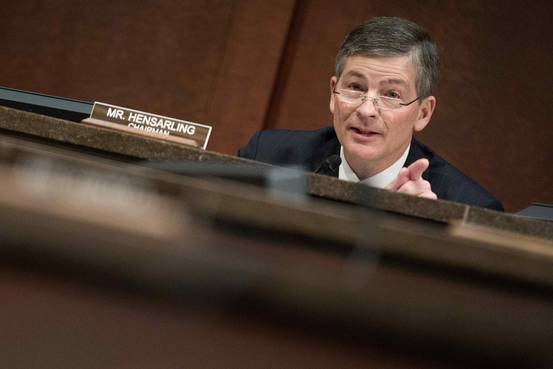 Lawmaker Wants Fed to Name Possible Sources of Internal Secrets. The head of the U.S. House Financial Services Committee calls “inadequate” the Fed’s internal investigation into published reports on the details of market-sensitive policy deliberations in 2012. Committee Chairman Jeb Hensarling (R., Texas), in a letter to Fed Chairwoman Janet Yellen last week, asked her to identify the individuals who may have provided the information to consulting firm.

JM’s Feroli Not Afraid to Mess With Texas. Late last year, Richard Fisher, then-president of the Dallas Fed, described as “bull droppings” the prediction by J.P. Morgan Chase economist Michael Feroli that the big fall in oil prices would cause serious economic trouble for Texas. In a report Monday, Mr. Feroli was back to say he was right, and what was dropping was the number of jobs in the Lone Star state.

Draghi Says ECB Actions Underpin Confidence in Euro. The European Central Bank’s basket of policy measures as well as its review of banks’ balance sheets has further cemented confidence in the single currency, ECB President Mario Draghi said Monday. The comments in the introduction to the ECB’s annual report come as a brewing crisis between Greece and other eurozone countries raise the risk of a partial breakup of the currency bloc.

ECB Is Studying Curbs on Greek Bank Support-Bloomberg. The European Central Bank is studying measures to rein in Emergency Liquidity Assistance to Greek banks, as resistance to further aiding the country’s stricken lenders grows in the Governing Council, people with knowledge of the discussions said, according to Bloomberg News.

ECB’s Constancio Convinced Greece Will Stay in the Eurozone.

Canada’s Poloz Says U.S. Economy Could Grow Faster Than Expected. Canada’s central bank chief said Monday one of most notable risks facing his outlook is unexpected vigor in the U.S. economy. Stephen Poloz, governor of the Bank of Canada, speaking at the Bloomberg Americas Monetary Summit in New York, sounded a rare note of optimism for the U.S. after a spate of weak U.S. economic data. 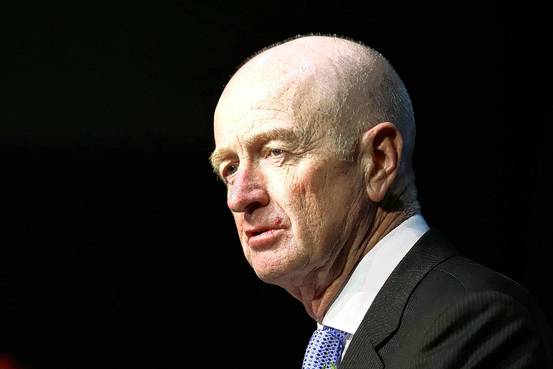 Australia’s Stevens Signals Possible Rate Cuts.  Australia’s central bank governor, Glenn Stevens, has paved the way for a cut in interest rates as early as May, telling a New York audience that the question of an even lower cash rate target “has to be on the table.” He said inflation risks in Australia are low so interest rates should be low, and falling. 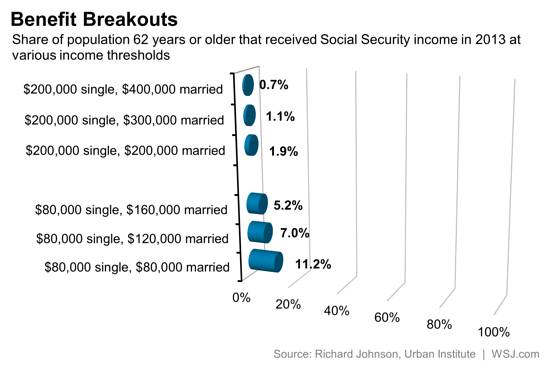 Tax Cuts Boost Jobs, Just Not When Targeted at Rich. Tax cuts are an effective way to bolster a weak economy and create jobs—as long as they are targeted at the bottom 90% of income earners. That’s according to a working paper published by the National Bureau of Economic Research that adds new evidence to the age-old debate about the effectiveness of various types of economic policies aimed at spurring growth and fostering employment.

Could Greece End Up With Two Currencies?  “Some think Greece should stick with the euro, no matter what. To abandon it would cause a firestorm of economic destruction,” Allen Mattich writes in The Wall Street Journal.  “Others argue that Greece would be better off with its own currency, which it could devalue at will and thus find a much less painful route to recovering competitiveness than the existing austerity/deflation path. Then again, there might be a third way: for Greece to keep the euro and have another currency besides. Indeed, the country might well be forced into just such a solution.

A Wrinkle in Europe’s QE Effort. Other European agencies are erecting barriers to the effective transmission of the European Central Bank’s monetary policy in an affort to bolster the stability of the financial system, writes Marcello Minenna of the Bocconi University of Milan in The Wall Street Journal. “Policy makers can choose a financial system in which banks are encouraged to take risks for the sake of stimulating economic growth,” he writes. “Or they can choose a financial system in which tighter prudential regulations force banks to bolster their capital reserves and take fewer risks. At the moment, European leaders are trying to choose both, and the combination is sure to have unintended consequences.”

–The ECB will monitor Hungary closely for the risk of its central bank financing the government, an action strictly prohibited under European Union regulations, the ECB said Monday. –Dow Jones Newswires.

–The combined budget deficit of the eurozone’s member governments narrowed again in 2014, but their combined debts continued to rise as low rates of inflation and weak economic growth damped tax revenues.