The Wall Street Journal’s Daily Report on Global Central Banks for Friday, May 1, 2015: 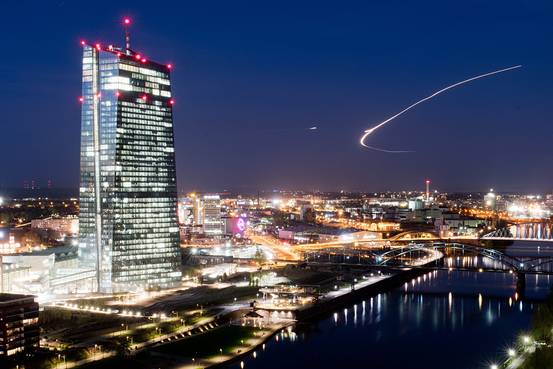 Scanning through Eurostat’s April report on eurozone consumer prices reminded me of one of the 1970s-era Schoolhouse Rock education videos I grew up with: My Hero, Zero.

The clip (which, as you probably guessed, taught math skills) opens with a little boy saying, “Zero is a wonderful thing. In fact, Zero is my hero.”

All right, “hero” may be taking it a little far from the European Central Bank’s perspective. But for a central bank that has battled mounting deflation risks for much of the past year, Thursday’s report showing zero change in consumer prices in April from the previous year  was probably a wonderful, or at least welcome, thing.

The flat reading broke four consecutive declines, and eased fears that Europe might be headed for a painful bout of declining prices known as deflation that central bankers routinely say is harder to fight than sharply rising prices.

To be sure, inflation is still way below the ECB’s target near 2%. But by breaking the string of red figures, April’s report may at least help keep a deflationary mindset—whereby consumers put off spending in hopes of getting a better deal later on—from taking root.

The stabilization came sooner than the ECB had expected–the bank’s chief economist Peter Praet warned in February that inflation would stay “in negative territory until latter stages of this year”–and suggests that its quantitative easing program is bearing fruit.

The ECB may see another tangible benefit: to the extent inflation and inflation expectations are firming, bond yields could rise in tandem. They have increased sharply in Europe in recent days, though how much of that is due to an improved inflation picture is unclear.

Still, rising yields would make it easier for the ECB to achieve its monthly EUR60 billion QE target without distorting markets by pushing too many government bond yields into negative territory.

Higher inflation could complicate the ECB’s task, too. Officials have made it clear they are in no mood to discuss ending their QE program before the targeted September 2016 date, or to taper their purchases.

But if consumer prices rise faster than expected and the economy continues to firm, officials may not be able to avoid this debate later this year or in early 2016.

Still, this would be a nice problem for the ECB to have and better than the alternative of an ineffective QE program.

And if Thursday’s report does turn out to mark a turning point in Europe’s worrisome disinflationary trend, then April’s zero may turn out to be a hero after all. 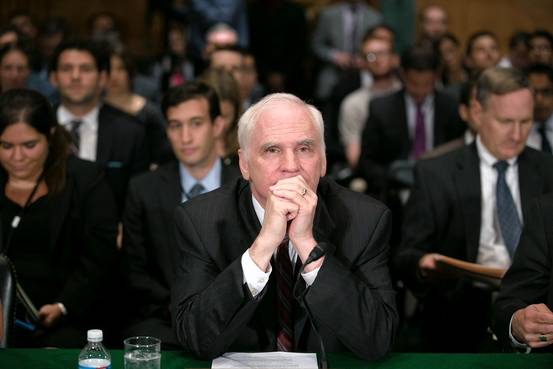 Fed’s Tarullo Seeks Simpler Capital Rules for Small Banks. Fed governor Daniel Tarullo suggested that the Fed and other banking regulators should look for ways to simplify the complex set of capital rules imposed on small banks since the 2008 financial crisis.

Small-Bank Regulatory Reform Stymied as Senators Can’t Agree. Calls to lighten the regulatory burden on small- and medium-size U.S. banks continue to mount, but disagreement among key lawmakers is complicating legislative prospects for the foreseeable future.

New York Fed’s Sarah Dahlgren to Resign as Head of Supervision. The top Wall Street supervisor at the New York Fed is resigning at the end of the year, a sudden departure that comes as the regulator takes heat over its ability to oversee the nation’s biggest banks. Sarah Dahlgren, a 25 year-veteran, has decided to step down, the New York Fed said Thursday. She will become a senior adviser on Oct. 1 before leaving the institution at the end of 2015.

In Labor vs. Capital, Workers Gain a Slight Edge.  For decades, labor’s share of American national income has shrunk while the share that goes to profits has expanded. There are now tantalizing signs that labor may finally be gaining ground on capital. 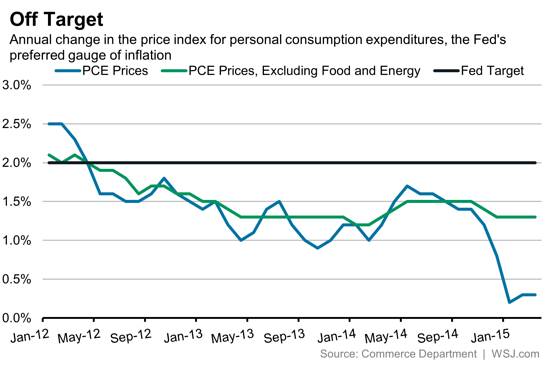 Atlanta Fed Forecasting Slow Growth for 2Q. After the Atlanta Fed’s estimate of first quarter growth thrashed the Wall Street consensus on Wednesday, the bank’s GDPNow tracker tool has some bad news for the second quarter. In its first estimate of activity for the spring period, GDP is expected to come in at 0.9%, after the 0.2% reported for the first quarter. Unless activity picks up, a weak first half of the year could lower the odds of a rate increase in 2015 -–Dow Jones Newswires.

ECB Could Lift Cap on Greek Short-Term Debt Issuance if Deal in Sight. The European Central Bank has indicated it could help Greece ward off a temporary cash crunch if there was “an agreement in sight” with its creditors on sustained financial support, three people familiar with the discussions on the country’s bailout said Thursday. Benoît Coeuré, a member of the ECB’s executive board and the bank’s point man in the Greek bailout talks, has told other senior eurozone officials that the ECB could lift the cap on the value of short-term debt the Greek government is allowed to issue under its bailout deal, the three people said. 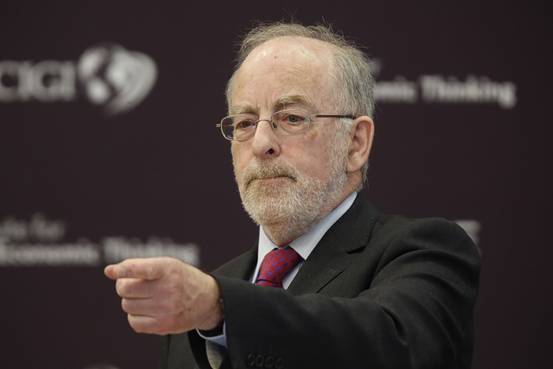 Ireland’s Central Bank Chief to Step Down.  Ireland’s central bank governor, who steered the institution through the most fraught period in its history, said on Friday he will step down before the end of the year.

Japan Inflation Rises for First Time in Nearly a Year.  Inflation in Japan rose for the first time in almost a year in March, offering hope of a rebound in price growth, although it remains far below the Bank of Japan’s 2% target, government data showed Friday.

Parsing Bank of Japan’s New Price Patience: Fresh Easing Delayed? Given the ongoing weakness in Japanese growth and inflation, most Bank of Japan watchers believe the prospect of added stimulus by the central bank is a question of when rather than if. But many analysts are now pushing back their forecasts for when the trigger will be pulled, following the central bank’s extension of its self-imposed deadline for hitting its inflation target.

Bank of Mexico Leaves Rates Unchanged, Keeps Eye on Fed. The Bank of Mexico left its benchmark interest rate unchanged at a record low of 3% Thursday, saying policy makers will keep a particularly close watch for interest-rate action by the U.S. Fed and its possible impact on the Mexican peso.

Robots May Look Like Job-Killers, But It’s Hard to See in the Numbers. Robots are goosing the productivity of the world’s factories, but does that mean fewer jobs for humans? Countries are adopting them at different speeds, with some of the fastest growth in Asia—particularly China. If robots are the automated job-killers many say they are, then you’d expect nations deploying the most machines to see the biggest job losses in manufacturing. But it isn’t that simple. Bernanke Takes on the WSJ Edit Page: The Slow-Growth Fed? “For the second year in a row, the first-quarter Gross Domestic Product figures were disappointing. The Wall Street Journal, in an editorial entitled ‘The Slow-Growth Fed,’ uses the opportunity to argue (again) for tighter monetary policy,” former Fed Chairman Ben Bernanke writes on his blog. He said the WSJ concludes, “monetary policy is not working and efforts to use it to support the recovery should be discontinued…But the right inference is not that we should stop using monetary policy, but rather that we should bring to bear other policy tools as well…including fiscal policy.”

Trade Woes Bedevil Obama, Fed. Greg Ip notes in the Wall Street Journal the weak U.S. economic performance in the first quarter and the eurozone‘s  improvement. He says, they “are two sides of the same coin: a strong dollar and a weak euro, as the Federal Reserve gets set to raise interest rates even as the European Central Bank carries out quantitative easing, that is buying bonds with newly created money. This poses special challenges to both the Federal Reserve, which must decide whether to go ahead with an interest rate increase in coming months; and to President Barack Obama, who is trying to sell a trade deal just as trade is dragging the U.S. economy down.”

– U.S. Jobless Claims Fall to Lowest Level in 15 Years. Initial jobless claims, a proxy for layoffs across the U.S. economy, fell by 34,000 to a seasonally adjusted 262,000 in the week ended April 25, the Labor Department said Thursday. That was the lowest level since April 15, 2000.

– China’s manufacturing and services sectors showed signs of modest growth last month, though not enough to erase concerns about the downward drift of the world’s second largest economy.