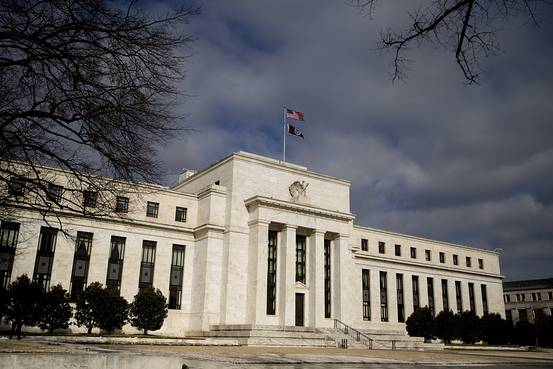 The big story in central banking this quarter is the Fed’s looming decision about whether to raise short-term interest rates at its June policy meeting. But there are many subplots that could shake financial markets.

Central banks in China, Australia, India, Russia, Hungary, Norway and Sweden are expected to cut interest rates to boost their economies during the April to June period. Brazil is expected to raise. Turkey, meanwhile, is in an uncertain place.  Its central bank faces government pressure to fuel stronger economic growth with June elections approaching. But a falling Turkish lira and the threat of financial instability makes such a move difficult.

Taken together, the cross-currents portend continued foreign exchange volatility in the months ahead, but perhaps shifting away from big developed market currencies that dominated the past few months and toward emerging market currencies. The biggest interest rate reductions are on tap for Asia, where growth in China, the region’s anchor economy, is slowing and there’s more room for rates to drop. The median interest rate across Asian economies is 2.5%, compared to 0.75% in the Europe/Middle East/Africa region.

You can get the lowdown on the outlook for 25 central banks around the globe in The Wall Street Journal’s quarterly central bank outlook, produced by our reporters on the ground around the world.

Global Central Banking in 2015: A Second-Quarter Update for 25 Economies. The action among global central banks in the first quarter was in Europe and Asia, where the European Central Bank, People’s Bank of China and many other central banks took aggressive new steps to ease monetary policy to boost lagging economies and low inflation. Now in the second quarter the world’s attention will shift to the U.S. Federal Reserve, as it contemplates a move in the opposite direction. Read our global roundup of how the second quarter could play out for central banks around the world.

Fed’s Lockhart Expects Economy to Pick Up in Second Quarter. Atlanta Fed President Dennis Lockhart said Wednesday he believes the U.S. economy will pick up in the second quarter, and the June to September window remains “quite feasible” for the central bank to start raising interest rates.

Lockhart Supports Raising Level for Tough Bank Rules. Mr. Lockhart also said the threshold that determines which banks are subject to stricter Fed oversight under the 2010 Dodd-Frank law should be raised from the current $50 billion level. “I don’t have a number, but certainly higher than $50 billion,” he said.

European Central Bank Lifts Ceiling on Greek Emergency Loans. The European Central Bank on Wednesday increased the amount of money Greek banks can borrow under an emergency lending program, extending a lifeline for the country’s banks as its government continues tense negotiations with its creditors over its bailout program.

German Lender Challenges ECB Supervision.  A small German lender has filed a lawsuit against the European Central Bank in a bid to avoid coming under its supervision, marking the first legal challenge to the ECB’s new monitoring role. 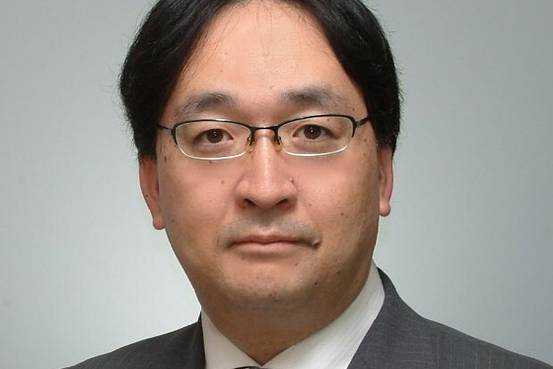 Bank of Japan Dissenter Wants to Disarm Monetary ‘Bazooka’. Japan’s stock market is trading near 15-year highs. The government can borrow money for nearly nothing, and real estate is making its strongest comeback in a quarter-century. Good news? Not necessarily to Takahide Kiuchi, the leading voice against the Bank of Japan’s whatever-it-takes approach to monetary easing. Since late last year, the central bank has voted 8-1 every month to continue its policy, and each time, Mr. Kiuchi has been the lone dissenting board member.

BOJ Survey Shows Steady Inflation Expectations. Japan Inc.’s inflation expectations remained steady in the three months to March, a Bank of Japan survey showed Thursday, an outcome that could reinforce its view that the underlying inflation trend remains in place despite a slide in the consumer price index to zero.  About 11,000 companies polled by the central bank said the prices of consumer products will rise at an annual rate of 1.4% in one year, unchanged from the December survey, the BOJ said — Dow Jones Newswires.

Momentum Builds to Label Chinese Yuan a Reserve Currency. China is gaining support from key U.S. allies in its push to gain reserve-currency status for the yuan, but opposition from the Obama administration threatens to upend Beijing’s bid to flex more muscle in the global economy.

Inflation in Developed Economies Rose in February, Says OECD.  After seven months of decline, the annual rate of inflation across the world’s developed economies rose slightly in February, and picked up across the Group of 20 largest economies. 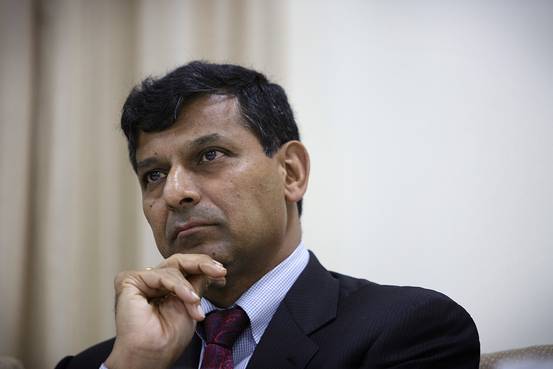 Why China May Have the Most Factory Robots in the World by 2017. China is already the world’s largest market for industrial robots—sales of the machines last year grew 54% from 2013. The nation is expected to have more factory robots than any other country on earth by 2017, according to the German-based International Federation of Robotics. Several economic forces are fueling the trend. Chinese labor costs have soared, undermining the calculus that brought all those jobs to China in the first place, and new robot technology is cheaper and easier to deploy than ever before. 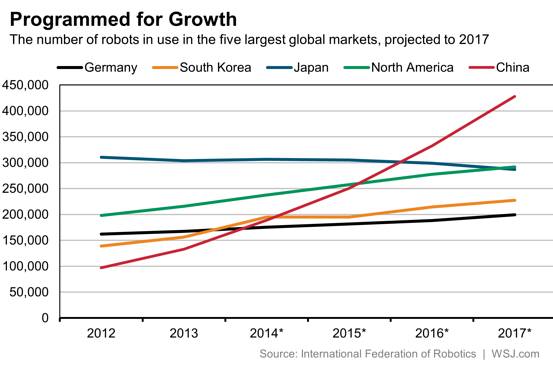 -Fed’s Brainard speaks at the conference Washington at 3:45 p.m. EDT

Upskilling: Do Employers Demand Greater Skill When Skilled Workers Are Plentiful? “Using data from online job vacancy postings, we examine changes in employer requirements across occupations and locations during the course of the Great Recession (2007–2010) and subsequent recovery (2010–2012),” Alicia Sasser Modestino, Daniel Shoag and Joshua Ballance wrote in a Boston Fed working paper. “We find that, in bad labor markets, employer requirements rise for both education and experience, even when controlling for time, occupation, and state fixed effects among other covariates.”

ECB Action Eased Interbank Lending Strains. In research published by VoxEU, four economists find that interbank lending in the eurozone was much reduced in the wake of both the collapse of Lehman Brothers and the onset of the currency area’s debt crisis. Cross-border lending was particularly affected, and in some cases, the same borrower bank could pay different prices (up to 100 basis points) for identical loans during the same day. The economists also find that actions by the European Central Bank, including the launch of long-term refinancing operations, known as  LTROs, helped ease the strains.

Hard Decisions on Easy Money: Growth Now or Turmoil Later? Greg Ip writes in the Journal that the Fed should hold off on interest rate increases for now. “At some point, financial stability may be a reason for the Fed to tighten. That point is still some ways off….The Fed should not be under any illusions: holding rates at current levels raises the odds of future turmoil. For now, those odds aren’t high enough to sacrifice some growth.”

Summers to Bernanke: I Hope You’re Right, But… In a blog post Wednesday, former Treasury Secretary Lawrence Summers responded to former Fed Chairman Ben Bernanke‘s critique of his view that the U.S. economy faces a period of permanently weaker economic growth known as secular stagnation. Mr. Summers offers a detailed rebuttal that boils down to this: I hope you’re right and that I’m wrong, but economies across the industrial world keep underwhelming forecasters’ expectations, so we can’t dismiss secular stagnation so easily.

A Eurozone Without Greece.  The departure of Greece from the eurozone would likely force its remaining members to bind together more tightly, writes Royal Bank of Scotland economist Richard Barwell in the Journal. “Grexit could ultimately bring the union closer together, with fiscal union and common debt issuance going hand in hand with binding and credible commitments on structural reforms helping to turn the eurozone into an optimal and far more stable currency area,” he writes.

European Bank Supervisor Should Limit Sovereign Bond Exposures. Writing for the Bruegel think tank,  Guntram B. Wolff says Europe’s new bank supervisor should impose limits on bank holdings of eurozone government debt, having set ceilings for Greek banks on March 25. “This would not jeopardize government access to funding or undermine banks’ balance sheets, and the Single Supervisory Mechanism can thereby fulfil the political mandate that was at the origin of its creation: to break the toxic link between banks and governments,” he writes. “This will make Europe’s banking system safer and less dependent on politics.”

The Fed’s Missing Forecasts. In his The Top Note blog, Stuart Parkinson writes that “medium-term” means something different for Fed staff and the central bank’s chairwoman. “I don’t know if it is an accident or not – I doubt it, frankly – but the ‘two to six year’ timeframe that Fed Chairwoman Yellen has historically referred to as the medium-term is the one forecast horizon for which no published Fed forecasts exist,” he writes. “On as close an inspection as I can muster, I’ve concluded that – cleverly, deviously, and/or otherwise – the Fed has left itself a medium-term window to adjudge the future inflation outlook that is virtually unoccupied by anything it has said, or any implied commitments it has made.”