“Over the last three decades, several credit-induced boom-bust episodes have caused major, sustained damage to the global economy. It is difficult to square this reality with the view that interest rates, which set the price of leverage, have been on an equilibrium path all along.” Claudio Borio of the Bank for International Settlements, and Piti Disyatat of the Bank of Thailand.

The Bank of England was Tuesday accused by a British lawmaker of “behaving a bit like an unreliable boyfriend, one day hot, one day cold,” a charge that had not previously been levelled at the Old Lady of Threadneedle Street.

Reprimanding Gov. Mark Carney for having repeatedly changed his guidance on when the central bank’s benchmark interest rate would rise for the first time, the opposition Labour Party’s Pat McFadden concluded that “people are left not knowing where they stand.”

Expectations as to the timing of looming BOE interest rate increases have moved significantly in recent months. In August of last year, when the newly arrived Mr. Carney unveiled forward guidance 1.0, the first move was expected in early 2016.

The BOE had wrongly forecast that the unemployment rate was unlikely to fall below its 7.0% threshold much before that date. When it sank through that level earlier this year, expectations shifted towards early 2015, since that is when the BOE’s forecasts suggested spare capacity would have been exhausted.

Two weeks ago, Mr. Carney told an audience of bankers the benchmark rate could rise before year-end. Speaking to lawmakers Tuesday, he presented reasons why the first rate hike might take place later, referring mainly to slow wage growth. As Federal Reserve Chairwoman Janet Yellen has done more subtly, Mr. Carney two weeks ago was trying to rouse investors from their complacency in warning of early hikes. Then Tuesday he tried to correct the impression that too was a certainty.

To the criticism about his inconstant guidance, Mr. Carney has one robust response: it worked. The U.K. is now one of the better performing of the large developed economies.

The question for Mr. Carney and his fellow monetary policy committee members is whether their flagship policy will continue to do its job, and secure a sustained expansion just as it did the recovery.  They have now moved on to forward guidance 2.0, assuring British households and businesses that when their benchmark interest rate does start to rise, it will do so gradually, and settle at a level well below the historic average of 5%.

But there is a problem of reflexivity, and diminishing returns.

The BOE is as near as it is to raising its benchmark rate in part because forward guidance has given more businesses confidence to invest.  The lesson we might take from this is that when forward guidance succeeds, the economy grows more rapidly than expected, and the benchmark rate has to rise earlier than it otherwise would have.  So if Forward Guidance 2.0 works as well as 1.0, shouldn’t we expect the rise in interest rates to be more rapid than the BOE now anticipates? If businesses figure that one out, Forward Guidance 2.0 may have a much more limited impact than its previous iteration.

Fed Gives Banks Extra Time on Capital Plans. The Federal Reserve said Tuesday it would give four large banks that failed to get central bank approval for their capital plans six additional months to revise their submissions after the banks requested more time.

Fed’s Williams Upbeat on Economy, Vague on Rates. The U.S. economy is finally moving back to a healthy state after several years of subdued recovery, San Francisco Federal Reserve Bank PresidentJohn Williams said Tuesday. Mr. Williams, who refrained from saying when he thinks the central bank should begin raising interest rates, said he was optimistic about the country’s economic prospects.

Dudley Says Puerto Rico Needs to Get Its Debt Load Lower. Mr. Dudley, in San Juan, said Puerto Rico needs to press forward with a wide array of financial and economic reforms to improve its middling rate of growth.

Fed’s Plosser Says Current Forward Guidance May Be ‘Too Passive.’ Employment and inflation in the U.S. are likely closing in on the Fed’s goals faster than expected, which may soon force the central bank to alter its policy signals, Philadelphia Fed President Charles Plosser said Tuesday.  Mr. Plosser also said he’s not worried about a recent pickup in inflation.

Euro Zone Banks Grumble Over Supervision Fees. The European Central Bank on Tuesday invited European bankers to share their thoughts on the estimated 260 million euros their organizations will have to pay for the privilege of being supervised. What they heard was some griping mixed with a few helpful suggestions.

Potential BNP Penalty Worries European Banks, ECB. The prospect of a gigantic U.S. penalty against BNP Paribas is sowing fear in the executive suites of other top European banks that also are under investigation for allegedly doing business in countries subject to U.S. sanctions. The trend also has alarmed ECB officials, who are nervous about whether huge penalties could undermine banks’ capital buffers.

BOJ Tankan Business Survey to Paint Rosy Future. The Bank of Japan’s coming corporate survey for June is likely to show robust business sentiment and more aggressive capital investment plans for the future, economists say, adding to hopes that the economy is already shaking off the hangover from a recent sales tax increase.

In India, Prices Set to Rise as New Prime Minister Lifts Railway Fees. Indian Prime Minister Narendra Modi’s decision to go ahead with long-delayed plans to increase railway fares and freight rates could push up the prices of everything from carrots to cement.

Rebalancing China’s Economy? Fuhgeddaboudit. If there is one economic tonic that’s prescribed over and over for China, it’s this: rebalance the economy. At least one major bank thinks the rebalancing theory is wrong.

Hungary Cuts Key Rate to New Record Low. Hungary cut its main interest rate to another record low on Tuesday, as part of a nearly two-year long easing campaign to boost growth, prompted by a low inflation environment and recent monetary easing by the ECB. 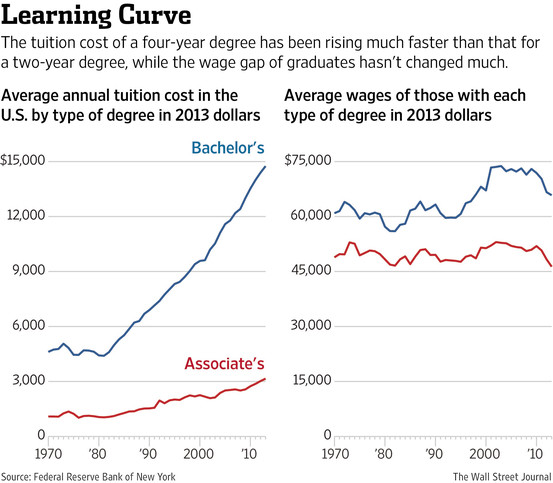 Deleveraging: Is it Over and What Was It? Fed economist Claudia Sahm, on the central bank’s FEDS Notes blog, discusses several recent research papers on deleveraging. “I see these three new papers and many others in this growing literature as broadly consistent with the view that deleveraging is an adjustment to shocks in the Great Recession. There was a big hit to ‘permanent income’ (households’ expected lifetime income and net worth) and credit availability. Thus the level of spending and debt that made sense for households changed dramatically with the recession.”

Instead of seeing low real interest rates as a response to economies trapped in a period of  secular stagnation, Claudio Borio of the Bank for International Settlements and Piti Disyatat of the Bank of Thailand argue overly accommodative monetary policy may itself be at the root of the problem. They write that “the trend decline in real interest rates does not just passively mirror changes in underlying macroeconomic fundamentals – it also helps to drive them,” primarily by inspiring financial booms and busts that lead to constantly rising debts. “Policies that do not lean against the booms – but ease aggressively and persistently during busts – induce a downward bias in interest rates over time, and an upward bias in debt levels. This creates something akin to a debt trap, in which it is difficult to raise rates without damaging the economy,” they write.

The Bank of England “is making an art of sending mixed messages,” writes Alen Mattich for the Journal. “To be fair, it’s hard to blame Britain’s central bankers for being fuzzy with their forward guidance. The economic data has been equally inconsistent….In a nutshell, the BOE’s top brass seem to be sending a confused message because they themselves are puzzled and uncertain.”

-French economic growth will be too meager this year to make any dent in unemployment, national statistics bureau Insee said Tuesday.

-Banks in Vietnam are struggling to boost lending, weighed down by a stubbornly high ratio of bad debt as well as weak demand, which may make it difficult to meet the economy’s growth target for the year