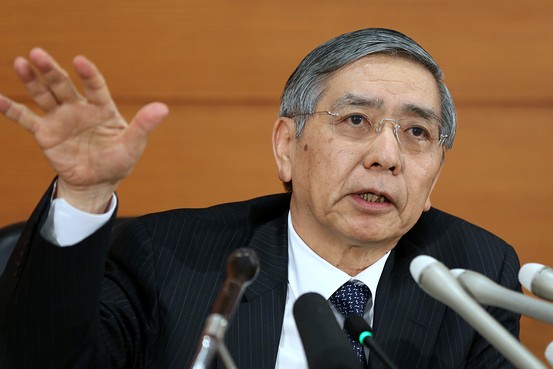 As the second anniversary nears for Japan’s radical monetary easing, one vexing frustration has been limited evidence of a significant, sustained lift to the economy.  An important turning point could come Wednesday, when big unions announce the results of annual spring contract negotiations.

Bank of Japan Gov. Haruhiko Kuroda has gone to unusual lengths for a central banker to prod and plead with business leaders, urging them to share with workers more of the wealth they’ve reaped from his massive stimulus program, through a weaker yen, higher profits, and soaring stock prices. Mr. Kuroda sees rising worker pay as a crucial — and, so far, largely missing — element in his scenario for a return to healthy growth and inflation.

Having staked so much on the labor talks, the BOJ is widely seen as unlikely to expand its already-outsized asset-purchase program during this week’s two-day policy meeting ending Tuesday , ahead of the bargaining end-game. But ongoing softness in Japanese economic data, as well as a consumer price index slipping well below the BOJ’s official inflation target, have raised market expectations the central bank will by autumn inject still more cash into the economy.

While BOJ policymakers have bullishly forecast a sharp 2015 rebound from last year’s recession, there’s so far little sign of a robust turnaround.

Already-tepid economic growth for the October-December quarter was revised down further last week.  Neither the plunge in oil prices, nor the added dose of BOJ easing in late October, have yet created the expected acceleration in economic activity. The weak yen is now belatedly aiding exports, a main factor behind whatever optimism exists for Japanese growth. But a recent finance ministry survey showed business sentiment weakening this quarter, raising concerns about capital spending.

And consumer spending has remained soft in early 2015, as the impact of last April’s sales tax increase has been much longer, and stronger, than policymakers had forecast. Hence, the importance of Wednesday’s pay announcements to the BOJ turnaround forecast.

Early leaks are encouraging. The union for Japan’s largest company, Toyota Motor Corp. confirms regular workers will get a 3.2% base pay increase. That’s bigger than last year’s raise, the first since 2008. Toyota’s non-regular workers will reportedly get their biggest pay raise ever. If that sets a pattern, that could fuel hopes that, finally, Mr. Kuroda’s easing will start aiding more than financial markets.

Fedspeak Cheatsheet: What Are Fed Policy Makers Saying? As Federal Reserve officials approach their March 17-18 policy meeting, several have indicated they want to consider raising short-term interest rates in June. This implies a readiness to drop the pledge in their statement to be “patient” in deciding when to raise their benchmark short-term interest rate from near zero. Here are some of their key comments on the debate in recent weeks. 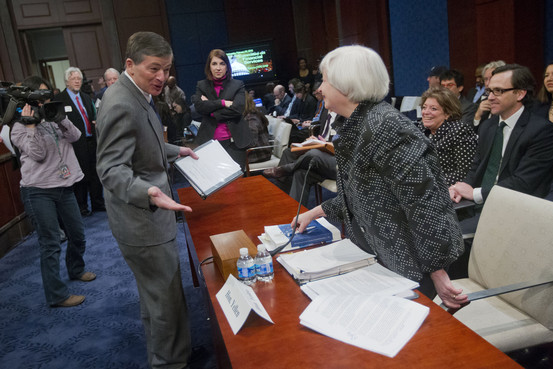 Republican Pushes Fed’s Yellen on ‘Criminal’ Leak Probe. The Federal Reserve is facing pressure to reveal the results of an internal investigation into a 2012 leak of market-sensitive policy deliberations of the Federal Open Market Committee. In a letter to Fed Chairwoman Janet Yellen, Congressman Jeb Hensarling (R-Texas), chairman of the House of Respresentatives’ Commiteee on Financial Services, expressed “concern for your lack of response to a letter sent to you by the Oversight and Investigations Subcommittee of the Financial Services Committee on February 5, 2015.”

EU Regulator Warns ECB Could Create Bubbles. Could the European Central Bank’s quantitative easing program create risky asset bubbles? Yes, according to Steven Maijoor, chairman of the European Securities and Markets Authority. He warned QE could cause “enormous risk-taking and bubbles in the equity space.”

BOE’s Intelligence Chief Says Buckle Up For Volatility. Markets are volatile – get used to it. That’s the message from Chris Salmon, head markets honcho at the Bank of England. 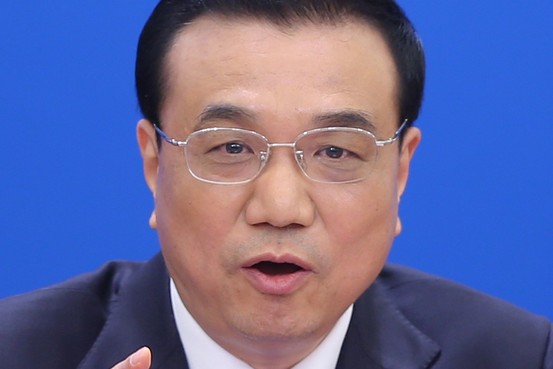 China Plans More Action to Spur Growth. China is signaling that more measures are in the works to regain economic momentum and overcome weak demand from businesses and consumers. Policies unveiled at the annual session of China’s legislature this month called for maintaining a moderately high rate of growth—7%—and outlined further deficit spending to support the goal. Wrapping up the 11-day session at a news conference on Sunday, Premier Li Keqiang said that while the economy faced downward pressure, the government has room to step in and has “more tools in our toolbox” should growth flag and affect employment.

Swedish Central Bank Hits Back at Krugman.  Riksbank Deputy Governor Per Jansson rejects Nobel laureate Paul Krugman’s accusation of “sadomonetarism,” arguing the U.S. economist hasn’t taken a close enough look at Sweden’s economy. “When he described Sweden as sort of a deflationary economy, and makes these parallels to Japan, you wonder, has he ever had a look at the data?” Mr. Jansson said in an interview with Bloomberg News.  “Has he seen how Swedish GDP recovered over these crisis years? It completely outperformed the euro area, of course, but even the U.K. It’s close to the U.S.’s performance.” 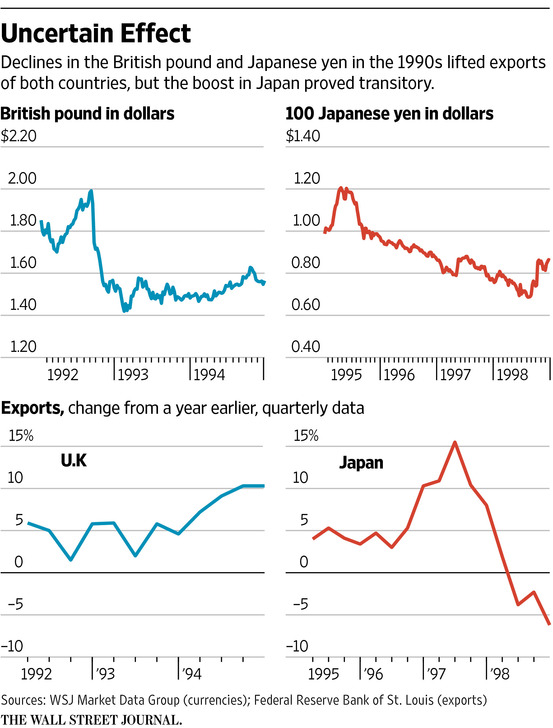 -Bank of Japan releases a policy statement, and BOJ’s Kuroda speaks at a press conference

-Central Bank of the Republic of Turkey releases a policy statement

-Fed’s Yellen speaks at a press conference in Washington at 2:30 p.m. EDT. Follow it all on our live blog at www.wsj.com

-Fed’s Tarullo testifies before the Senate Banking Committee at a hearing on “Examining the Regulatory Regime for Regional Banks” in Washington at 10 a.m. EDT

-Bank of Japan releases minutes of its Feb. 17-18 policy meeting

-Chicago Fed’s Evans speaks on a panel about “Risk Management for Monetary Policy Near the Zero Lower Bound” in Washington at 11:30 a.m. EDT

Do Lower Gasoline Prices Boost Confidence? “All told, it appears that the decline in gasoline prices since last summer have both made individuals more optimistic about their future real incomes and bolstered their assessment of current buying conditions,” Aditya Aladangady and Claudia R. Sahm wrote in a FEDS Notes post on the Federal Reserve Board of Governors website. “Together with the direct savings from lower gasoline prices that are currently being realized, the extra confidence may also boost consumer spending going forward. Importantly, the impact of lower gas prices on confidence appears broad-based across income groups and may therefore lead to increased spending for a wide range of individuals.”

Will China Break the Currency Truce? “This is not a zero-sum currency war: QE sends money cascading across borders, bolstering asset markets and often triggering reciprocal monetary easing. Everyone wins,” Greg Ip writes for the Journal. “But it’s a different matter if China devalues; that would kick off a currency war.”

What the Fed Will Do and Why. The Fed this week “isn’t likely to send a clear signal,” Mohamed A. El-Erian writes in a Bloomberg View column. “Instead, it will probably make markets even more aware of the contradictory influences exerted by a strong U.S. recovery and the prospect of interest rate increases by September, providing further evidence of a larger economic and monetary policy divergence between the U.S. and most other nations.”

QE Could Spur Reform in the Eurozone, writes Melvyn Krauss in the Journal. “Structural reform is costly in the short run. Countries under severe economic pressure may be unable to afford structural reforms even if they understand their longer-term benefits,” he writes. “By fighting deflation and anemic growth, the ECB’s quantitative easing makes reform more affordable.”

Does a surprise tightening of monetary policy expand shadow banking? ask Bank of England economists Benjamin Nelson, Gabor Pinter and Konstantinos Theodoridis. The answer is yes, while  it has the opposite effect on commercial bank asset growth. “These findings cast some doubt on the idea that monetary policy could be used to “get in all the cracks” of the financial system in a uniform way,” the economists write, an indication that it may be difficult to reduce leverage in the financial system as a whole by raising interest rates.

–Officials at the White House and Commerce Department are publicly expressing worries that U.S. economic statistics surveys face a growing risk of cuts.

– The Labor Department’s producer-price index fell 0.5% in February, primarily due to the volatile food and trade-services categories.