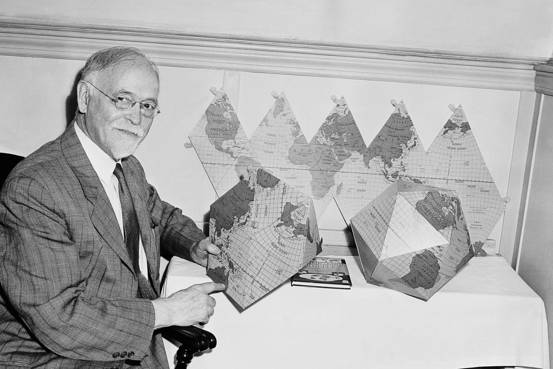 Economist Irving Fisher, shown in New York in 1944, posited that over time a change in inflation would be matched by a change in interest rates. This has been dubbed the “Fisher effect.”
ROBERT KRADIN/ASSOCIATED PRESS

The most commonly cited argument against the Federal Reserve raising interest rates after keeping them near zero for seven years is that inflation is still well below its 2% target.

There’s a new school of thought that argues this reasoning is backward. Its adherents argue that inflation is too low precisely because rates have been at zero for so long and that raising interest rates will actually push inflation back up.

Mainstream macroeconomic models hold that reducing interest rates stimulates borrowing and spending. The increased demand for firms’ products enables them to raise prices. It encourages them to hire more, which enables workers to ask for higher wages. This process can take time, though, because wages and prices are sticky (an insight generally labeled “New Keynesian”). One reason is expectations: If workers and firms expect inflation of 2%, that will affect how they set prices and wages.

The new theory is dubbed “neo-Fisherism,” for the American economist Irving Fisher. Fisher, who died in 1947, produced some of the most important insights in inflation and monetary policy. He pioneered indexes for measuring how prices changed throughout the economy. He also ​posited that over time a change in inflation would be matched by a change in interest rates. This has been dubbed the “Fisher effect.” The difference is the “real” interest rate.​

In theory, the central bank can set the nominal interest rate. But the real rate is in the long run determined by the public’s appetite for risk, by investment, the return on capital, and saving. According to neo-Fisherism, this must mean that if the long-run real rate (dubbed the “equilibrium rate”) is 2%, and the Fed fixes the nominal rate at zero, inflation must eventually fall to minus 2%.

As John Cochrane at the University of Chicago writes:

Mr. Bullard argues that in the short run, low interest rates act as mainstream theory predicts, to boost output. But if the Fed keeps the interest rate fixed, in the long run private expectations take over and force inflation lower. As evidence he cites the fact that while interest rates fell to zero across the G-7 in 2009, inflation then jumped above 3% in 2012 before falling back to zero.

Neo-Fisherism is an interesting academic curiosity but with several important shortcomings. The behavior of inflation that Mr. Bullard cites is heavily influenced by oil prices. Excluding oil, it has been much more stable around 2%, around the world and in the U.S., though it has drifted lower lately.

It is far more persuasive that low inflation leads to lower interest rates and the reason inflation hasn’t risen is that rates should have been even lower. Risk aversion, tepid investment and fiscal austerity mean demand has been less responsive to a given interest rate. In fact, the equilibrium real rate may be negative. The Fed can’t push nominal rates below zero, so monetary policy has been too tight.

If monetary policy has been too tight, why hasn’t inflation been transformed into a deflationary spiral? Employers hate to cut wages, and employees hate to accept wage cuts. So even when the economy is swimming in unused capacity, inflation does not fall into deeply negative territory. Instead, it stabilizes at very low or slightly negative levels, as has happened in Japan.

Neo-Fisherism has theoretical elegance but lacks intuitive logic. At its heart, neo-Fisherism says there is, somewhere, a fixed real rate that drives what the public expects inflation to be. Yet few people–even those who know what real rates are–have a firm view of what they should be. Their expectations of inflation are more likely to depend on past inflation, central bank or private forecasts, and the state of the economy. These expectations of inflation will then drive the returns they expect on saving and investment, not vice-versa.

For neo-Fisherism to be right, the private sector would respond to higher interest rates by both spending less and expecting higher prices. For example, higher unemployment would cause workers to ask for higher wages, and employers to grant them. This doesn’t seem to be how firms and workers usually behave (there are exceptions). If it was, it would make central bankers’ jobs a nightmare.

For neo-Fisherism to be right, the private sector would respond to higher interest rates by both spending less and expecting higher prices. For example, ​firms would respond to falling sales by raising prices. This doesn’t seem to be how firms and workers ​usually behave​ (there are exceptions)​. If it was, it would make central bankers’ jobs a nightmare

Neo-Fisherism is right about one thing: Inflation has been awfully hard to predict recently. This is because it is heavily influenced by factors that aren’t driven primarily by monetary policy and the state of the economy: oil, the dollar, the behavior of rents and the cost of health care. These factors suggest inflation could rise in coming months, even as the Fed begins to raise rates. This complex picture is one reason Fed officials say they take mainstream models with a grain of salt. But that doesn’t mean the alternative models are right.

Yellen Signals Fed on Track to Raise Rates in December

Greg Ip: As the Euro Nudges Up, Could U.S. Inflation Be Next?

Greg Ip: One Big Influence on Interest Rates Is About to Reverse

The Fed Has a Theory. Trouble Is, the Proof Is Patchy