Greg Ip: What Republicans Get Wrong About the Gold Standard – Real Time Economics 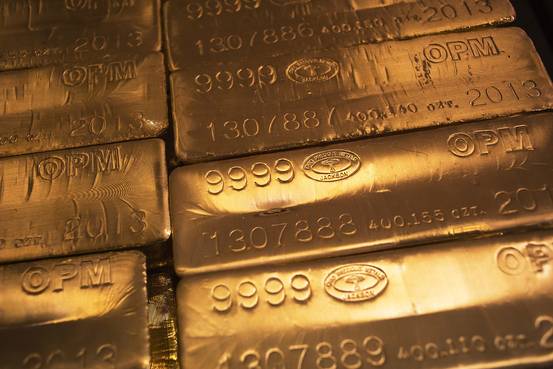 Gold’s appeal is its rigidity: By fixing the supply of money to the supply of gold, it made sustained inflation impossible and prevented governments from financing wars and deficits by printing money. In practice, though, gold’s stability was illusory.
SHANNON STAPLETON/REUTERS

No country in the world today operates on the gold standard. That might change if some Republican presidential candidates have their way.

Texas Sen. Ted Cruz reiterated his support for returning to the gold standard in this week’s presidential debate. Kentucky Sen. Rand Paul has said the idea should be studied. Neurosurgeon Ben Carson alluded to the idea, saying, “We’ll have to tie our currency to something,” while former Arkansas Gov. Mike Huckabee advised, “Tie the dollar to something fixed and if it’s not going to be gold, make it the commodity basket.”

What explains the gold standard’s continuing appeal? In a nutshell, its proponents exaggerate its benefits and underappreciate its failures.

Under the classical gold standard, a country’s currency was convertible on demand to its face value in gold. If two countries were on the gold standard, their exchange rates were also fixed. In the early U.S., banks issued their own notes that were convertible to gold or silver (together called “specie”) on demand. When those notes were replaced by national bank notes in the late 1800s, and then Federal Reserve bank notes after 1913, those bank notes could in theory be converted on demand to specie, though in practice they seldom were.

Gold’s appeal is its rigidity: By fixing the supply of money to the supply of gold, it made sustained inflation impossible and prevented governments from financing wars and deficits by printing money.

In practice, though, gold’s stability was illusory. In boom times, banks anxious to finance more loans would issue far more notes and deposits than they had gold to redeem. Credit, economic activity and prices rose. When those loans went bad and people demanded their money back, banks failed, the money supply contracted, and the economy fell into a recession. The U.S. experienced multiple crises and recessions while on the gold standard.

The gold standard also left a country’s financial system at the mercy of events beyond its control. Because the money supply was linked to the quantity of gold in circulation, big discoveries of gold in California and Australia in the mid-1800s led to a global boom as prices climbed and economic output along with them, says Michael Bordo, an economic historian at Rutgers University. But eventually, the discoveries petered out, and a bust and deflation followed. (In 1993 Mr. Bordo published a study of how several countries performed under different monetary regimes.)

Governments routinely suspended gold convertibility to finance wartime deficits. But if those deficits resulted in inflation, returning to the prewar price level required deflation, austerity and usually recession, as happened to both the U.S. and more severely Britain after the First World War.

Although central banks like the Fed could temporarily create money to lend to banks experiencing a loss of deposits, they still had to maintain a certain gold “cover” ratio: The Fed had to have gold equal to 40% of currency and 25% of commercial bank reserves. A country running a trade deficit would lose gold to one with a surplus, forcing its central bank to raise interest rates to draw gold back—often producing deflation and recession.

While differing on the precise mechanisms, historians agree the gold standard was central to the Depression. In 1929, a recession in the United States caused prices, output and imports to plunge and the trade surplus to surge. This drew in gold from its trading partners, forcing them to raise interest rates. When European central banks tried to ease monetary policy, speculators guessed they would devalue, and pulled their gold out, causing the money supply to contract.

One by one, countries abandoned gold, and with their central banks now free to ease monetary policy, recovered. For the U.S., that came in 1933 and 1934 when Franklin D. Roosevelt devalued the dollar against gold and suspended its convertibility.

The Great Depression has persuaded economists that the gold standard—that “barbarous relic” as British economist John Maynard Keynes called it—robbed national governments of macroeconomic flexibility and made booms and busts more severe. Peter Rousseau, an economic historian at Vanderbilt University, says that independent central banks can control the money supply with paper money far better than they could with gold. The euro is a modern-day version of the gold standard insofar as peripheral economies are unable to boost growth by devaluing or easing monetary policy.

Today, the U.S. has the world’s largest gold reserves. 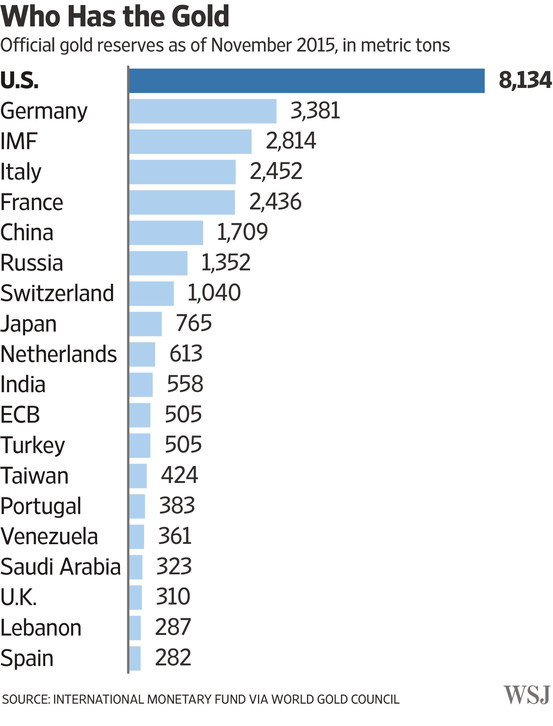 But China, Australia and Russia are the largest suppliers of the metal, while India is the largest consumer. Switching to gold would implicitly give those countries influence over the U.S. monetary system. 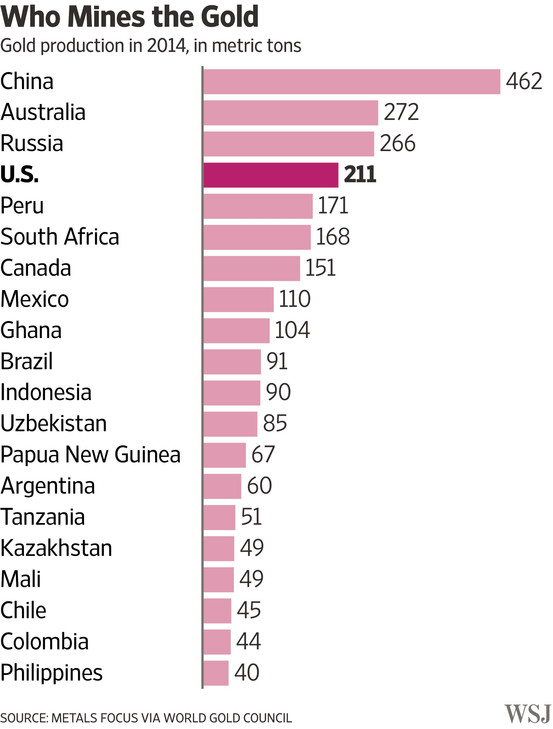 So why do some of GOP candidates like the idea of a return to the gold standard?

According to Mr. Cruz, the U.S was on gold “for about 170 years of our nation’s history, and enjoyed booming economic growth and lower inflation than we have had with the Fed now.”

Actually, figures compiled by the economic historian Angus Maddison show that per-capita income grew considerably faster between 1933 and 2010 than from 1775 to 1933. One should not read too much into such figures, though: Countless other factors influenced growth, in particular the evolution from an agricultural to industrial economy.

Mr. Cruz classifies the period from 1945 to 1971, when the world operated under the Bretton Woods agreement, as part of the gold standard. Participating countries’ currencies were fixed to the dollar, and the dollar was fixed to gold at $35 per ounce.

Economists call this a “gold dollar standard,” or “gold exchange standard,” which is looser than a true gold standard because only central banks, not private citizens, could convert their dollars to gold on demand. Moreover, Bretton Woods contained inherent flaws. A large volume of dollars had to circulate outside the U.S. for the system to operate. As U.S. trade deficits and inflation boosted the stock of those dollars, other countries, notably France, doubted the U.S. had enough gold to back them and began to pull gold out of the U.S. In 1971, the U.S. Treasury suspended convertibility to gold, bringing Bretton Woods to an end.

Mr. Cruz is right that inflation was lower under the gold standard, but that isn’t necessarily a good thing, because inflation regularly alternated with deflation, which in some circumstances was quite damaging. In any case, high inflation is hardly the problem now: It’s averaged just 1.7% for the last five years, levels last regularly seen in the 1960s, and central bank officials are trying hard to get it back up to their 2% target.

This much is true, though: Recent events have amply demonstrated that the ingredients of a financial crisis–excessive confidence in rising asset values backed by a proliferation of seemingly safe short-term debt–can occur with gold, and without.

China, Australia and Russia are the largest gold producers. An earlier version of this article incorrectly listed South Africa as the No. 2 producer.