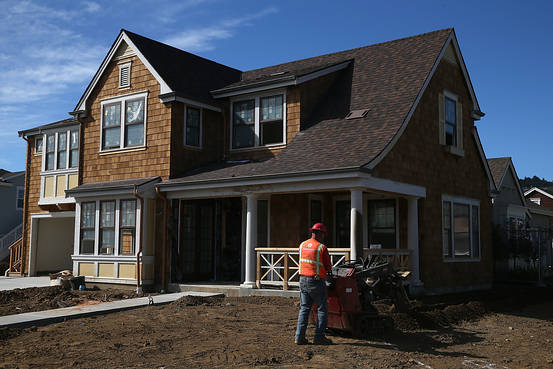 The housing sector isn’t dragging on the economy anymore and has begun to provide a modest boost. But, as this week’s Outlook column explains, housing continues to punch below its traditional weight because home construction is a shell of its old self.

Economists cite several reasons, from weak household formation that has held back entry-level demand to rising land costs. Both factors have made construction of starter homes in the outer suburbs, where land is cheaper, a riskier proposition. Instead, builders have deemphasized volume and shifted towards selling a smaller number of more expensive homes with big floor plans. 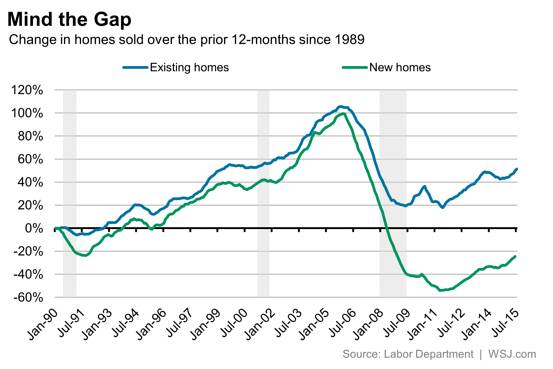 One other reason home builders’ conservatism might be magnified: There are fewer them. Hundreds of smaller builders failed during the crisis and others sold out to larger, better-heeled competitors.

A long-running wave of consolidation has left the 10 largest builders with more than 26% of the new-home market last year, up from less than 10% in 1994, according to the National Association of Home Builders.

The trend toward consolidation isn’t unique to the home builders, of course. Look at mortgage lending, where the top 10 originators funded around 60% of loans in the first half of 2013, up from less than 30% in 1996.

In home building, the survivors have been much less willing to take the risk of buying land and building developments in more-distant suburbs.

“The builders that remain and have access to capital have been shooting down the very straight, narrow fairway,” said Ivy Zelman, chief executive of a real-estate research firm Zelman & Associates. She said there are some signs that builders are stepping out into the rough.

For smaller private builders that survived the crisis, financing may also be harder to get. Loans for land acquisition, development and construction had huge losses for banks after the bust, and their regulators may not be terribly eager to see banks jump back into the development financing game.

The latest data show that the outstanding balances of banks’ construction and land development loans have turned the corner. Balances plummeted during and after the bust as charge-offs accelerated. As those have slowed, balances over the last two years have increased very slightly, and builders that survived the bust say credit standards have improved over the last two years.

Still, the outstanding balance of banks’ construction and land development loans in the first quarter stood below the level of 2003, according to the Federal Deposit Insurance Corp.

To the extent smaller developers aren’t able to get loans, it’s possible that “the big guys can ease their supply into the market gradually and maintain wide profit margins while they recapitalize,” said Doug Duncan, chief economist at Fannie Mae.