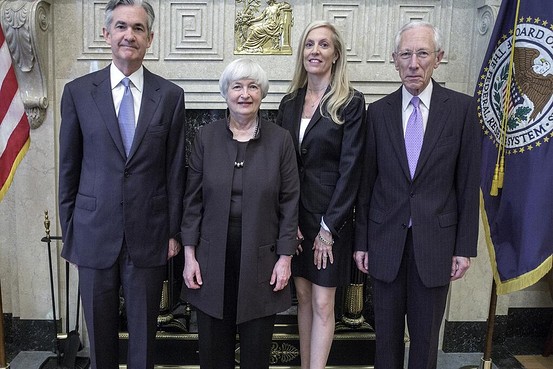 Fed officials want to keep market expectations on interest rates aligned with their own to avoid surprises that could trigger market turmoil.
Federal Reserve

Investors may be growing a little too comfortable with the prospect that Federal Reserve officials will leave interest rates near rock-bottom lows for the foreseeable future, according to a research note from the San Francisco Fed published Monday. “Evidence based on surveys, market expectations, and model estimates show that the public seems to expect a more accommodative policy than Federal Open Market Committee participants,” write San Francisco Fed economists Jens Christensen and Simon Kwan.

“The public also may be less uncertain about these forecasts than policy makers.” The two San Francisco Fed economists find that primary dealer banks, large financial institutions that do business directly with the central bank, see a more modest pace of rate increases than is indicated by Fed officials’ official quarterly forecasts—known as the Summary of Economic Projections or SEP. 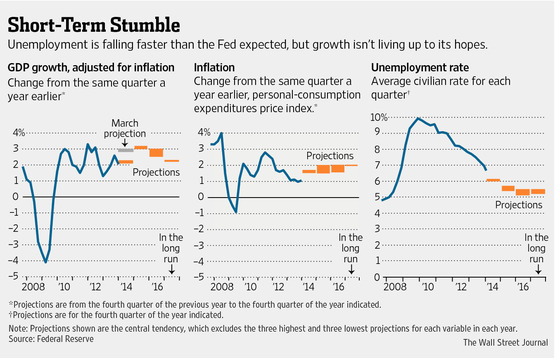 Many economists and investors believe the central bank will begin raising short-term interest rates from near zero next summer, a view some top officials have encouraged. However, Fed Chairwoman Janet Yellen and others have also warned they could move earlier if the labor market improves faster than they expect. The Labor Department’s August employment report showed the unemployment rate falling to 6.1% from 6.2%, but just a modest net gain of 142,000 jobs. 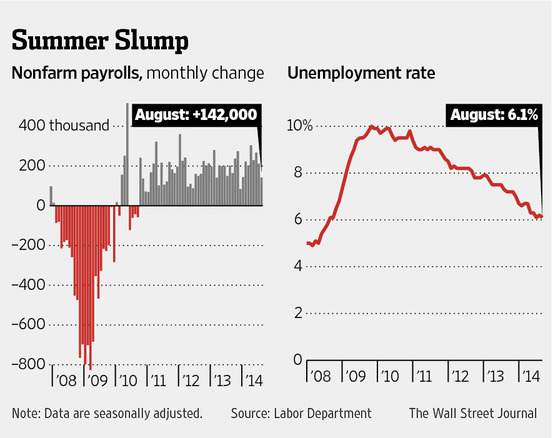 The Fed has held its benchmark short-term rate near zero since December 2008, and has bought more than $3 trillion in Treasury and mortgage bonds to keep long-term rates down and spur investment. Economic growth has averaged around 2% for much of the recovery. Unemployment has fallen from a recent peak of 10% in October 2009 to 6.1% last month. That is still above the 5.2% to 5.5% range policy makers forecast for the long run. 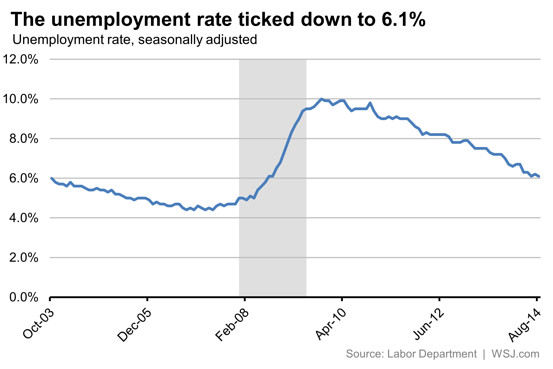