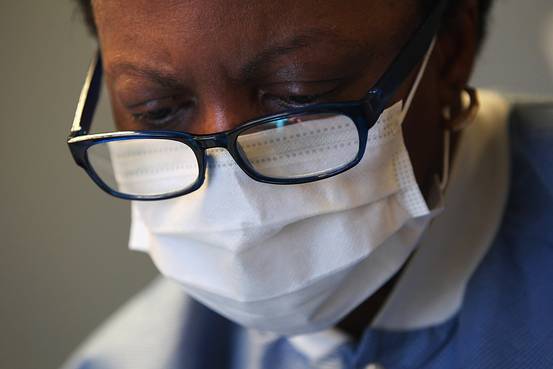 Health care jobs are rising across the country, as an aging population demands more nurses, doctors and home health aides. The economy added 638,000 jobs in the education and health services industry sector between November 2014 and November 2015, the bulk of them in health care.

Twenty-one states added at least 10,000 in that sector over the past year, the Labor Department reported Friday. Three large or densely populated states, California, Texas and New York, added 71,000, 63,800 and 72,100 education and health services job respectively over the previous 12 months. Florida, home to many retirees, added 46,900 jobs in the sector.

An estimated 10,000 Americans turn 65 every day as the baby boom generation reaches its golden years, the Pew Research Center estimates, which will create growing demand for health care. At the same time, the number of school-age children has been falling. From 2009 to 2014, the population ages 5 to 18 fell by 1%, according to an analysis by Adam Ozimek at Moody’s Analytics, which could lead to a slowdown in demand for education services and a subsequent decline in state and local employment.

Despite a steep fall in oil prices over the past year, energy-rich North Dakota still had the lowest jobless rate in the country at 2.7%. West Virginia, which in recent months has had the misfortune of boasting the nation’s highest jobless rate, lost its top spot to New Mexico, where the unemployment rate was 6.8%. Ted Boettner, executive director of the West Virginia Center on Budget and Policy, suggested that West Virginia’s 0.4% November decrease in unemployment could be attributed to a computational error in counting the employment of teachers and other public sector employees. He pointed out that jobs in the private sector are at a five-year low.

As America’s Workforce Ages, Here’s Where the Jobs Will Be

Fall of Manufacturing and Rise of Education and Health Services