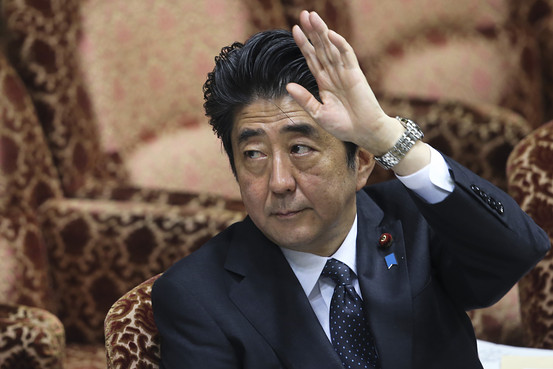 Now it’s official: Prime Minister Shinzo Abe really has been instrumental in getting Japan’s economy back on track — according to the government’s Cabinet office, at least.

The office announced Friday that Japan’s current economic expansion began from November 2012 – the very month that then-Prime Minister Yoshihiko Noda (who hailed from the Democratic Party of Japan) announced elections that ultimately brought Mr. Abe and his Liberal Democratic Party back to power.

That may seem obvious – after all, Mr. Abe and his team have been trumpeting the success of “Abenomics” at seemingly every opportunity, and not without some justification.

But Friday’s announcement fits a pattern of trying to buttress a hoped-for change in the psychology of the Japanese public, hoping to reawaken their “animal spirits” and invigorate the economy. Experts say one key will be creating a self-reinforcing belief that Abenomics’ is working well.

After Mr. Noda’s call for a vote, Mr. Abe – who already had served one rather unsuccessful term as prime minister from September 2006-September 2007, resigning early for health reasons – launched a forceful campaign whose centerpiece was a demand that the Bank of Japan do more to overcome years of deflation. He won a landslide victory in December 2012.

Once in office, Mr. Abe chose Asian Development Bank President Haruhiko Kuroda to lead Japan’s central bank. Mr. Kuroda has taken a far more activist approach than his predecessor, including a massive expansion of the Bank of Japan’s balance sheet amid a pledge to achieve 2% inflation within two years. (That boldness has meant that Mr. Kuroda occasionally trains his criticism on the Abe administration itself.)

“Looking at gross domestic product data from that time, it’s obvious that consumer consumption showed a rapid recovery, becoming the main force in putting an end to the recession,” said Hiroshi Yoshikawa, a professor at Tokyo University who chairs the Cabinet Office’s committee on economic cycles.

“We believe consumption’s recovery was largely due to improved consumer sentiment, as stocks began to rise and the yen started to weaken at a fast pace back then,” he said.