Highest Paid Quarterbacks In The NFL

The 2014 NFL regular season kicks off next Thursday, September 4, when the Green By Packers travel into Seattle to face the 2013 Super Bowl champion Seahawks.

With a host of new officiating guidelines set to result in more illegal contact penalties than probably every other season combined, the NFL will continue to evolve into more of a passing league as quarterbacks post amazing statistics that would have seem unattainable only a few years ago.

That makes the position more crucial than ever, meaning that the very best make very considerable sums of money for their performance. That’s no surprise, but you may be surprised at some of the names that populate the list of the highest paid quarterbacks in the NFL. Let’s break down the Top Five courtesy of the International Business Times: 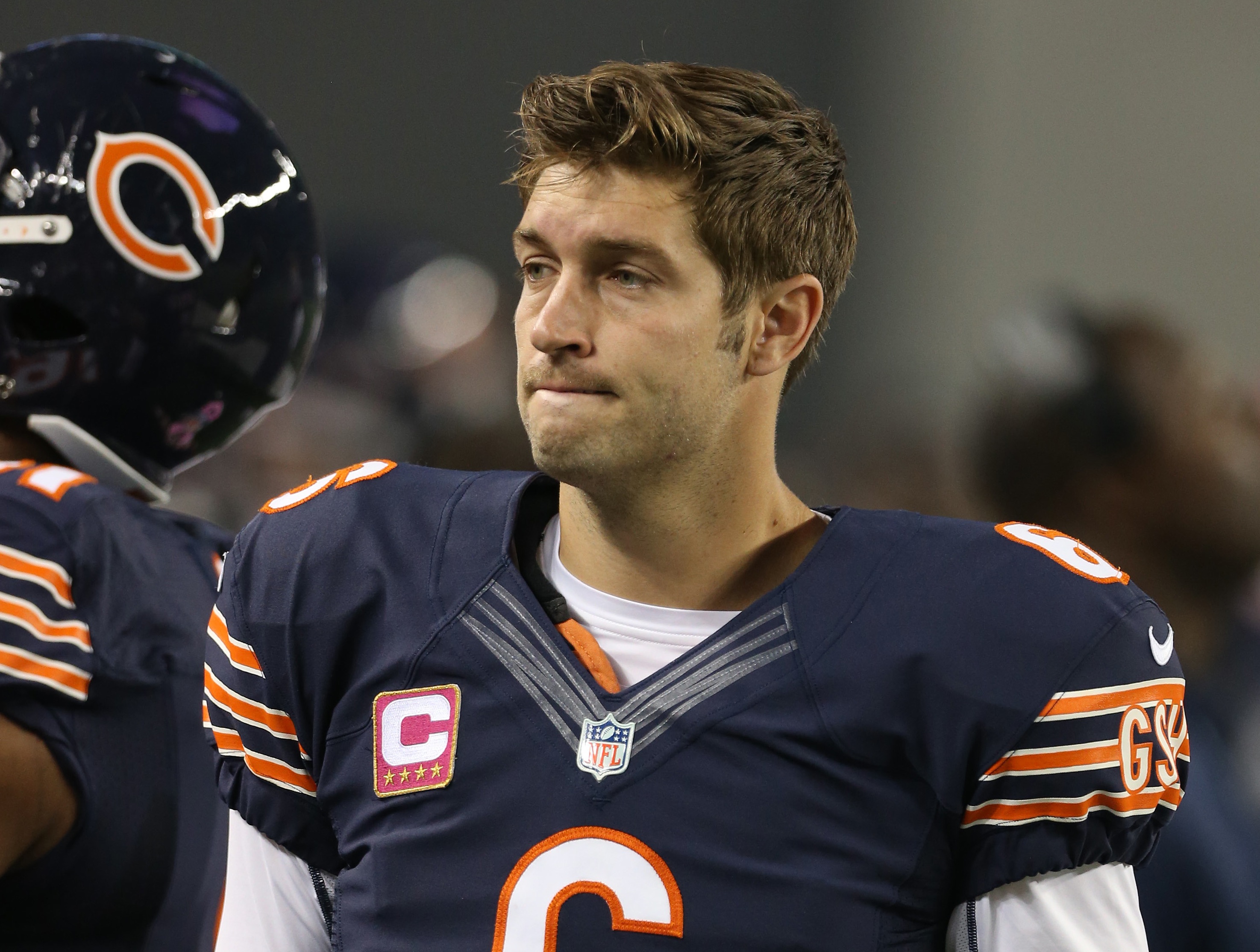 The gun slinging Cutler has yet to play a full 16 games for Chicago, including the several he missed in the midst of what would have been a huge season last year. Cutler just hasn’t lived up to his potential, but he has one of the finest offenses in the NFL with running back Matt Forte, wide receivers Brandon Marshall and Alshon Jeffery, and tight end Martellus Bennett, and one of the best offensive minds in head coach Marc Trestman. He also has a rifle arm that should have lead him to more success than he’s actually enjoyed on the field. The pieces are there for Cutler to have a huge season in 2014, but he has a ton of pressure to live up to the moniker of the highest paid quarterback in the NFL. 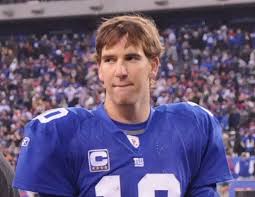 Manning has developed a reputation as an erratic passer, but he commands this price tag because of his two Super Bowl seasons in 2008 and 2011. Peyton’s younger brother has had a rollercoaster of a year, seemingly missing the playoffs or winning it all. But it’s those seasons where he looks like a genius that keeps him raking in the dough and coach Tom Coughlin employed. After a horrendous 2013, Manning has some decent pieces in place on offense in New York. The team signed two new running backs in the offseason, swooping Rashad Jennings and drafting Andre Williams out of Boston College. Add that to the fact that star wideout Victor Cruz should be over his injuries from last year ad second-year man Rueben Randle’s maturity, and Manning is a dark horse candidate to blow up and earn his huge salary in 2014. 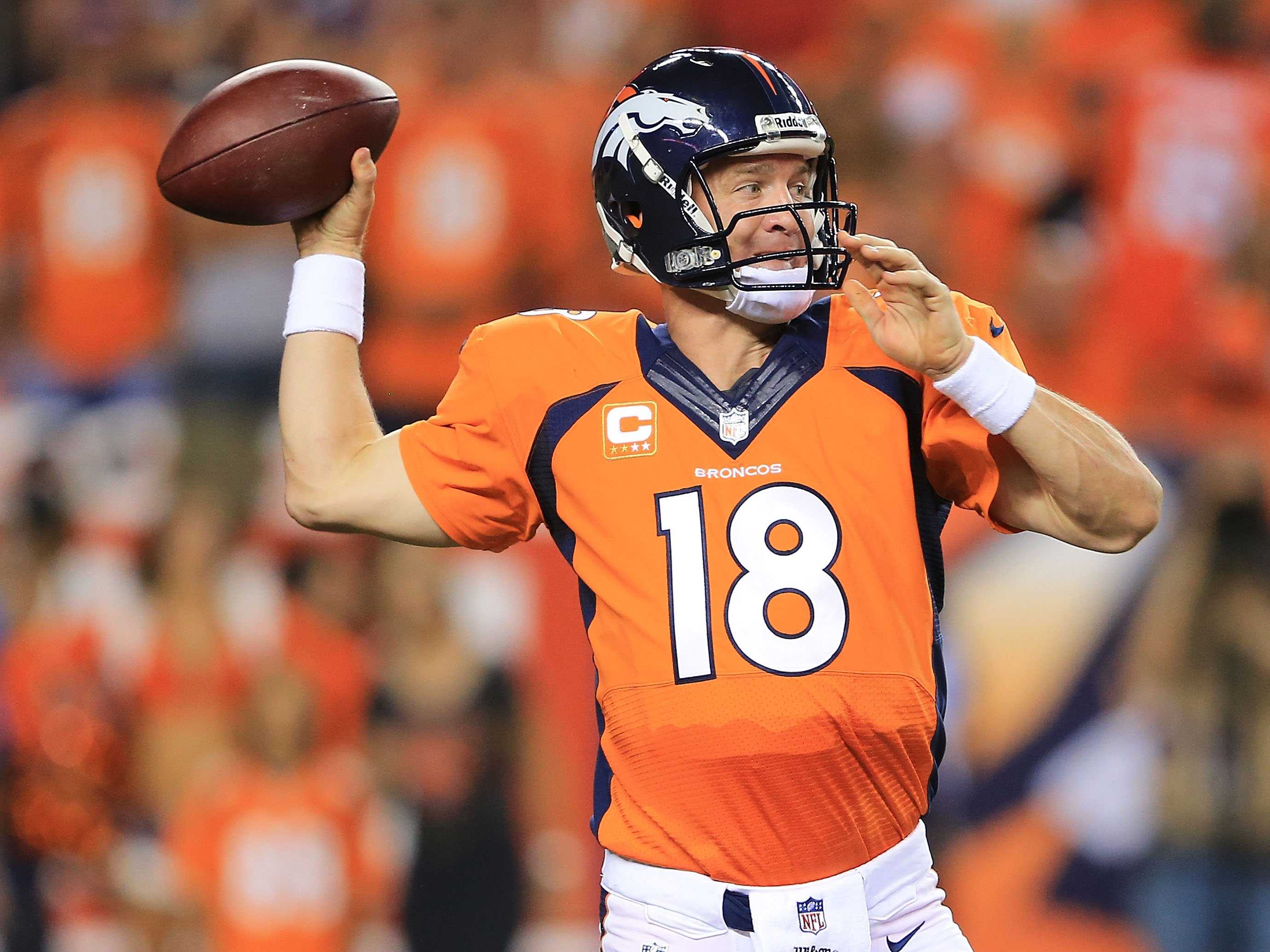 This one’s a no-brainer, as you probably thought Manning would have occupied the top spot on this list. After all, he broke several treasured passing records in 2013, including the single season marks for touchdowns and yards. He fell short in his Super Bowl bid against the Seahawks, but the older Manning is geared for another huge season in 014. Although the Broncos faced a much easier schedule last year than they will this year (at least on paper), the Broncos should once again contend for a championship. They maintain perhaps the most stacked offense in the league with wide receiver Demaryius Thomas, running back Montee Ball, and tight end Julius Thomas all by Manning’s side racking up huge scores week in and week out. He’s a bargain at $15 million, because he’s the consensus choice for the best quarterback in the league right now. 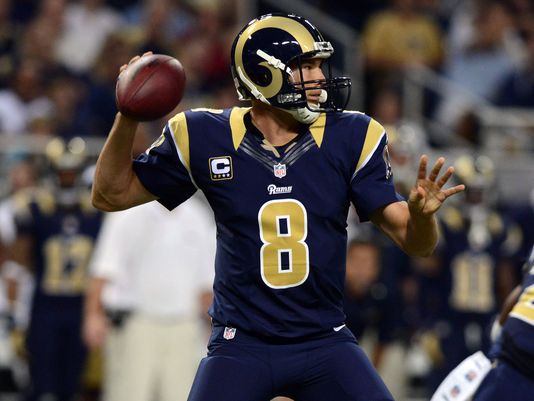 This number is unfortunately going to change soon, as Bradford tore his ACL in preseason action and will miss the entire 2014 season, his second missed year in a row due to knee ailments. He’s never played a full season in St. Louis, and he’s most likely done with the team. Another squad could sign him as a backup next year, but at this point, it’s simply too risky to depend on Bradford as an NFL starter. He’ll be making much less next year, and that’s too bad. Injuries have prevented him from fulfilling his sizeable potential in the NFL, so hopefully he can rebound in another city. 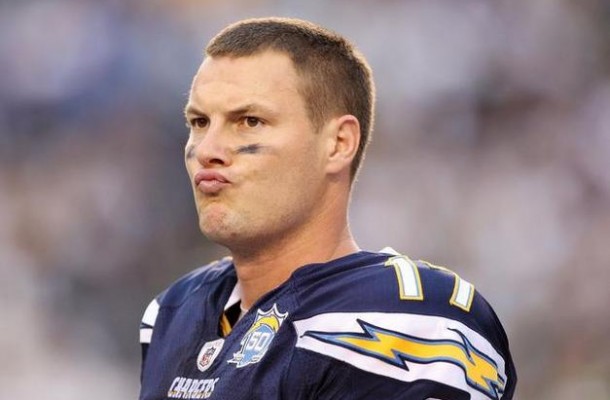 The hot-tempered lead from San Diego earns his keep as one of the most passionate signal callers in all of football. He had one of his finest years in 2013, proving that he could in fact be getting better with age. Much of his success last year came after he developed an incredible rapport with rookie wide receiver Keenan Allen. That will continue this year, and although star tight end Antonio Gates is getting up there in years, talented second year man Ladarius Green will be able to immediately fill his shoes. The Chargers also have a pounding run game with Ryan Matthews, who finally began living up to his first round draft promise last year. Rivers lead them to a playoff win over Cincinnati in 2013, and now he has some unfinished business with AFC West rival Peyton Manning and the Denver Broncos. The Chargers are going to need Rivers at his absolute best to win the division this year, making him deserving of each and every dollar he’s paid in 2014.