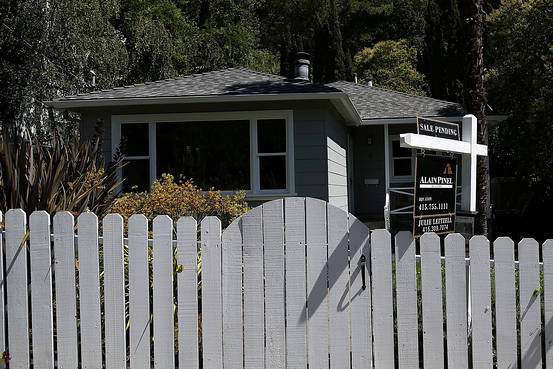 By 2024, the U.S. will create between 14 million and 16 million new households, according to the report to be released Tuesday by the Mortgage Bankers Association.
JUSTIN SULLIVAN/GETTY IMAGES

Over the next decade, Americans will emerge from their childhood bedrooms or rental apartments and start becoming homeowners again, a new report says.

Homeownership has plunged to its lowest level in half a century. But over the next decade the country will see a surge in new household formation, with many of those families choosing to own rather than rent.

By 2024, the U.S. will create between 14 million and 16 million new households, according to the report to be released Tuesday by the Mortgage Bankers Association. Of those, as many as 13 million will be owners and as few as three million will be renters, the bankers say. 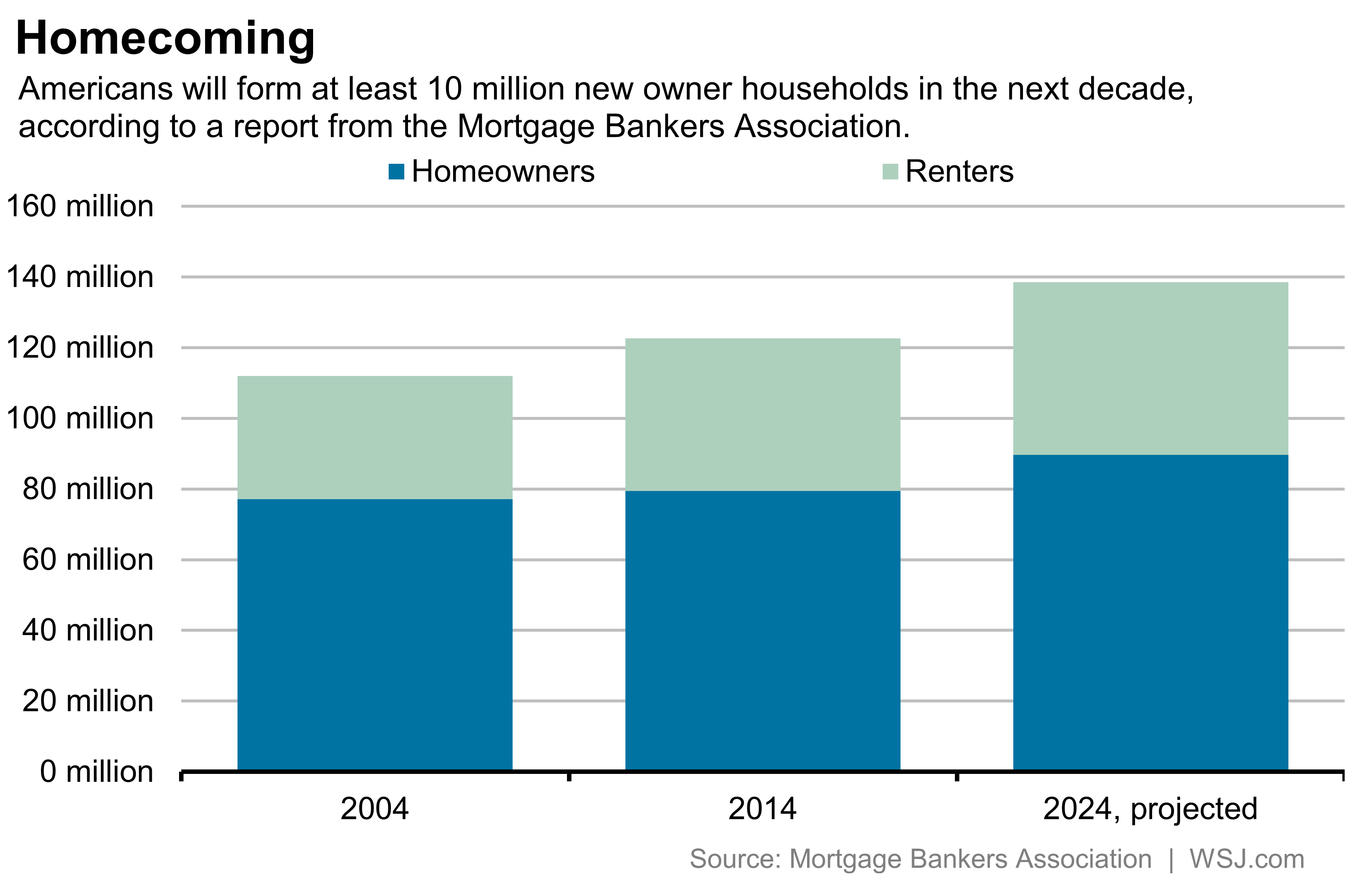 The report says that as many as 1.3 million additional owner households will be created each year. That is a significant pickup from the recession, when the number of owner households has been basically flat.

“It’s a huge amount of housing demand any which way you cut this,” said Lynn Fisher, MBA’s vice president of research and economics.

Some economists have predicted that the homeownership rate will continue to decline given that Hispanic families are expected to be the largest share of new households and they tend to have low rates of homeownership. Millennials in their 20s and 30s have also been slow to transition from renting to buying.

But experts at the Mortgage Bankers Association say that downward spiral will level off or reverse in part for a simple reason: The U.S. population is growing older and those older people are much more likely to own than to rent.

Four out of five households headed by someone age 25 or younger rented their home, compared with just 44% of those ages 35 to 39. Two-thirds of the projected population growth among Hispanics will be among people 40 years old and older.

Ms. Fisher said that some of that is driven by people over the age of 60 living longer and healthier lives. Some are likely to choose to stay in their current homes but others may choose to sell and become renters or divorce and form separate households, driving growth in housing demand.

The Homeownership Rate Is Now the Lowest Since 1989, But There’s a Silver Lining

Sign up for the Real Time Economics daily summary